A conference on the Satsaṅgadīkṣā scripture was organized on Tuesday, 16 February 2021 by the Sanskrit Centre for Advanced Studies, Savitribai Fule Pune Vidyapeeth, and the BAPS Swaminarayan Research Institute, Swaminarayan Akshardham, New Delhi. In the presence of Mahāmahopādhyāya Bhadreshdas Swami, the conference was held at the BAPS Swaminarayan Mandir, Pune (Maharashtra) on the auspicious day of Vasanta Pañcamī. Titled “Satsaṅgadīkṣā: A Scripture for a Complete Life,” the conference hosted a series of presentations in which scholars offered their diverse perspectives on a variety of subjects.

Since ancient times, the profound sages of India have authored unique sacred texts for the benefit of all mankind. These sacred works have served as the foundation of our societal lives. To rekindle this glorious tradition, Pragaṭ Brahmasvarūpa Śrī Mahant Swami Maharaj bestowed the smṛti-text Satsaṅgadīkṣā. Within this contemporary work, the principles revealed by Parabrahman Bhagavān Svāminārāyaṇa on topics such as ājñā, upāsanā, and living a spiritually centered life were conveyed by his sixth spiritual successor, Śrī Mahant Swami Maharaj, in Gujarati. These precepts were then translated into Sanskrit verse to be included in a section of the larger Akṣara-Puruṣottama Saṃhitā scripture.

Within their presentations, each of the scholars highlighted many of the distinctive features of the Satsaṅgadīkṣā sacred text. Dr. Gaṇeśa Thiṭejī proclaimed the scripture as “the Gītā of the modern era.” Dr. Ravīndra Mulejī added that the scripture was “not only Vedic and spiritual but also introduced a contemporary and universal constitution.” In his presentation, Dr. Dattopāsakajī identified the Satsaṅgadīkṣā as a “visionary scripture that offers a means to a stable, peaceful, and prosperous society.” Dr. Jāvaḍekarajī, thereafter, proclaimed the Satsaṅgadīkṣā as “an exceptional devotional scripture,” while Dr. Divākara Mohantījī declared it as a text that “models an ideal life.” Dr. Nīla Kulakarṇījī, during his talk, expressed that the sacred text presented “an extraordinary account of human psychology and solutions to resolve inner turmoil.” Testifying that the Satsaṅgadīkṣā “was not a text that belonged to any one saṃpradāya,” Dr. Dineśa Rasāla emphasized it as “exceedingly beneficial to the entire world.” During the concluding presentation of the conference, Mahāmahopādhyāya Bhadreshdas Swami revealed the Satsaṅgadīkṣā as “Param Pūjya Mahant Swamijī Maharaj’s unique spiritual gift to the world.” 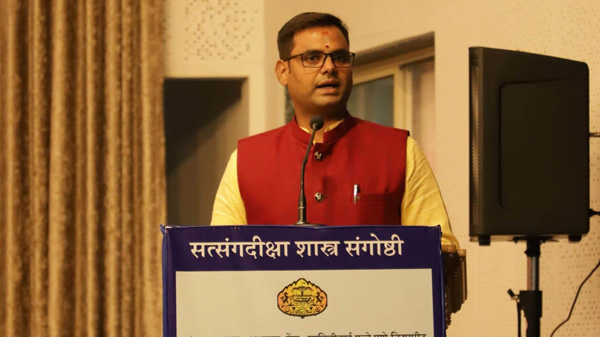 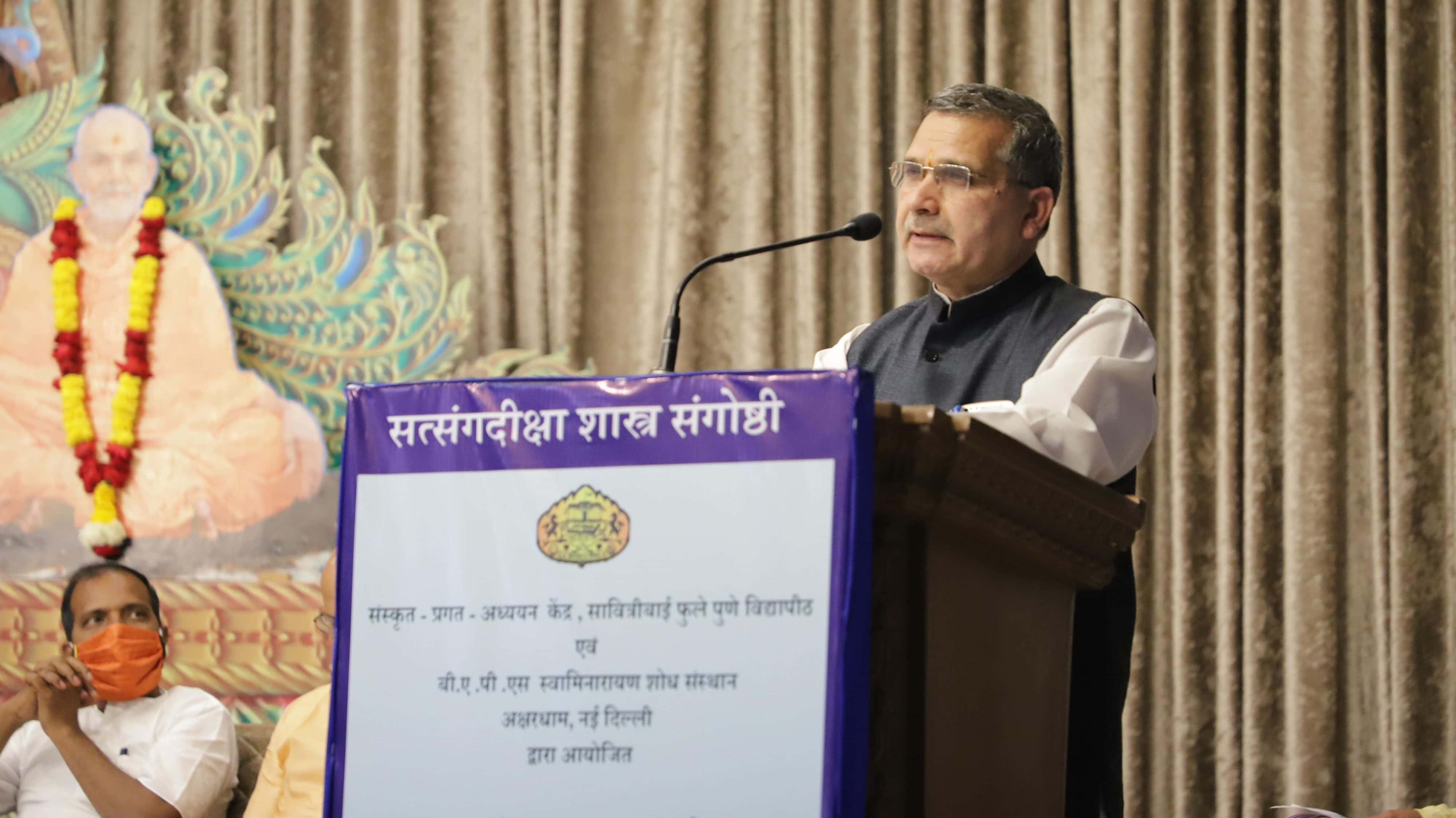 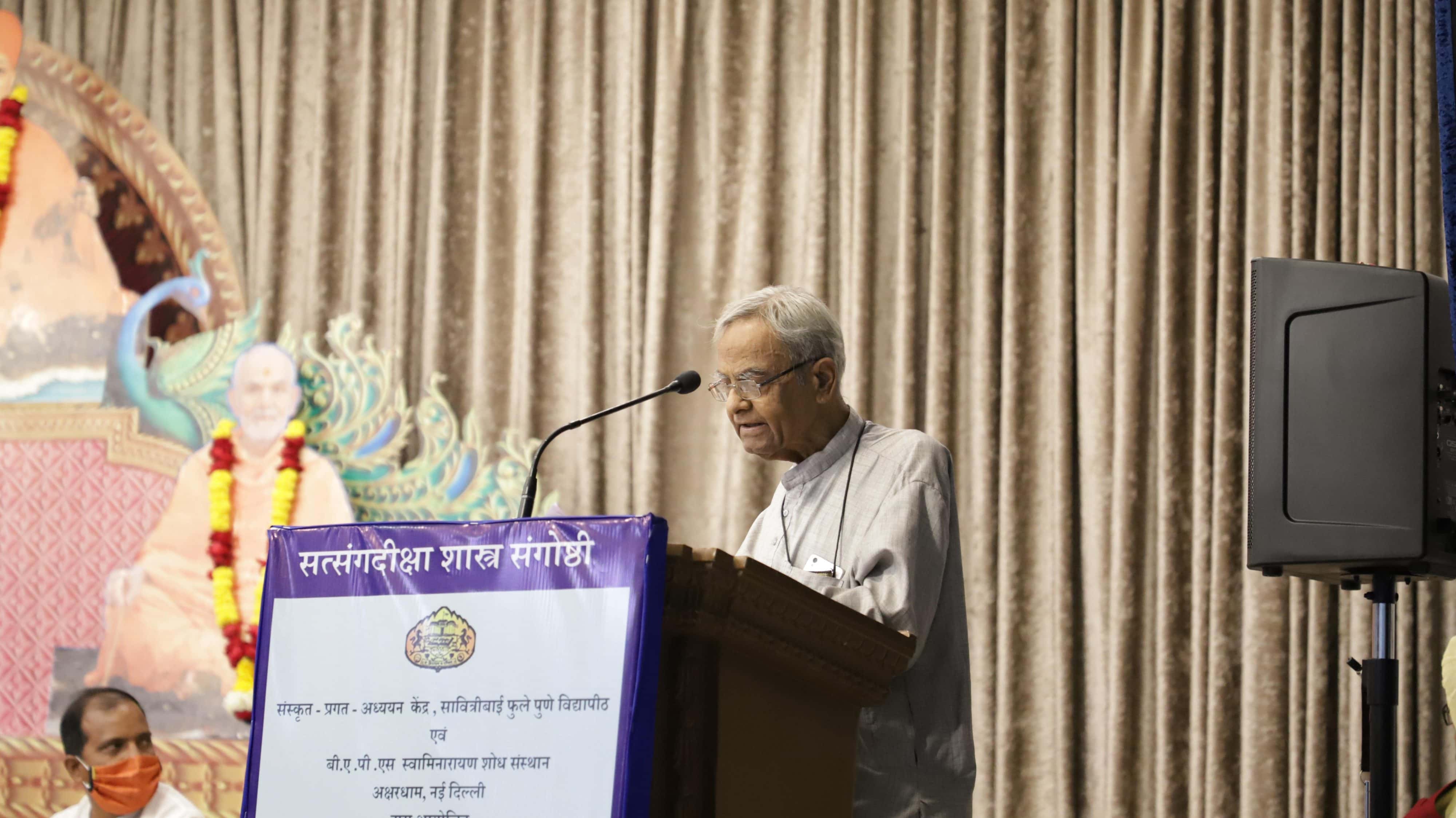 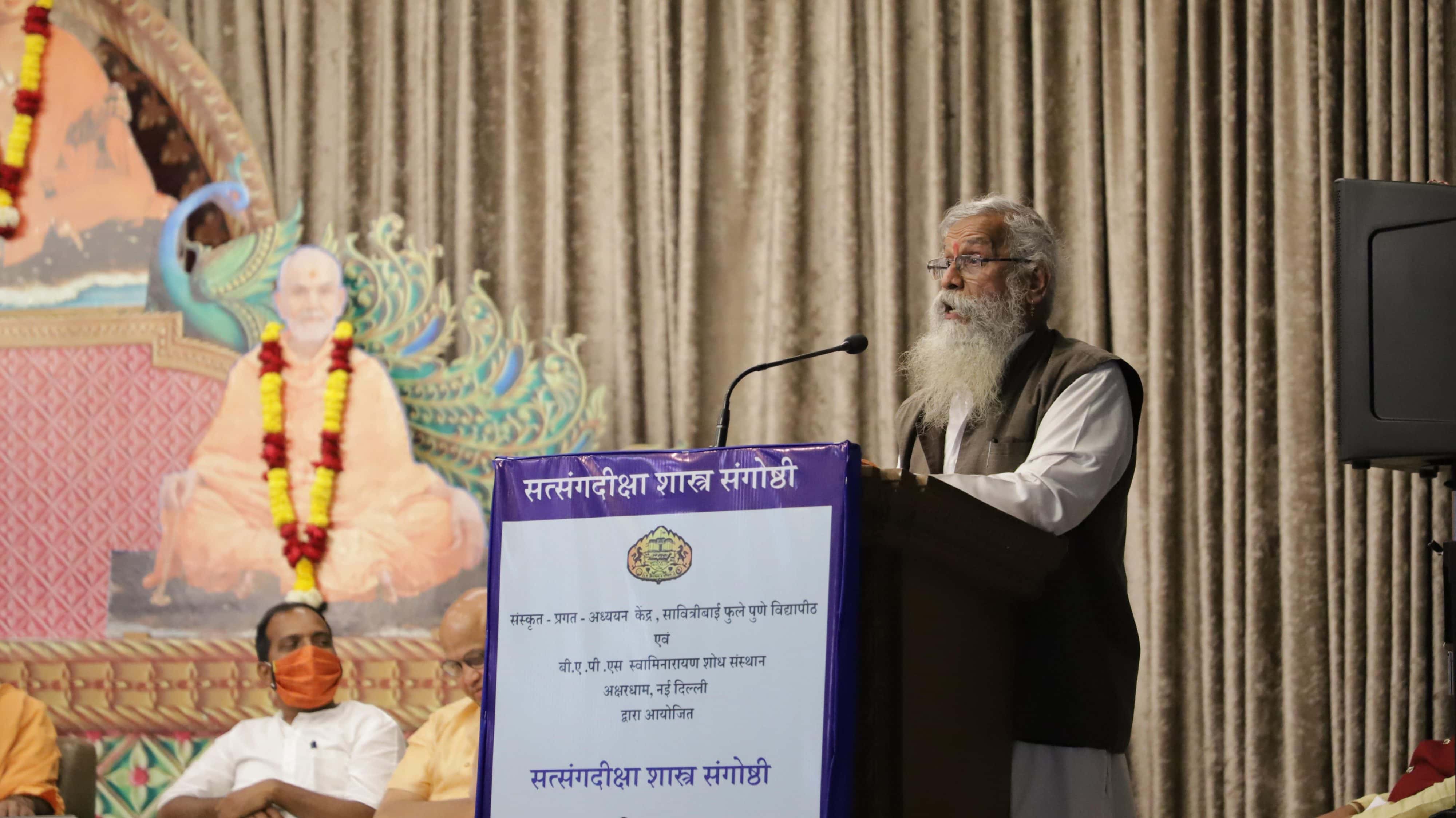 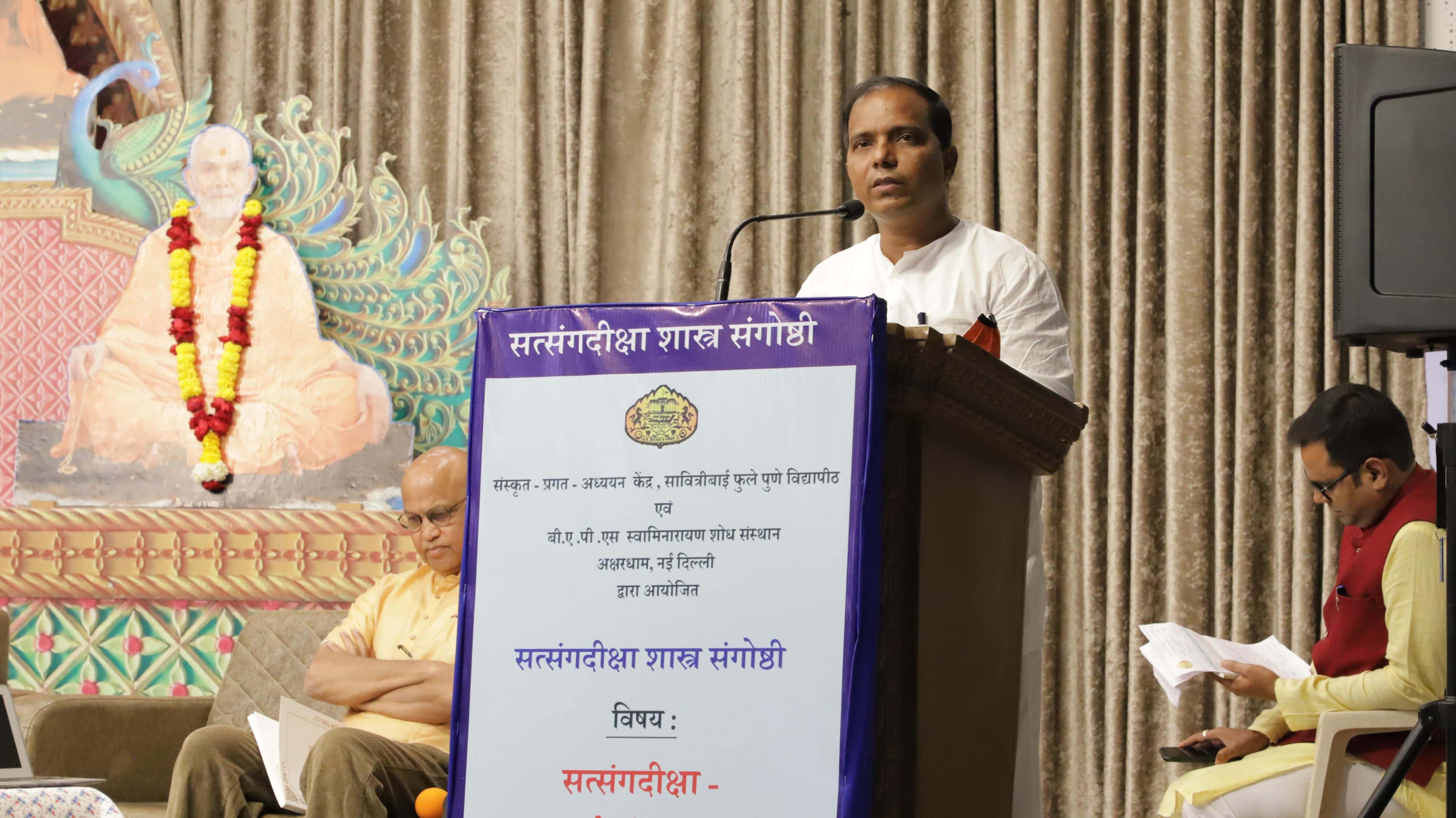 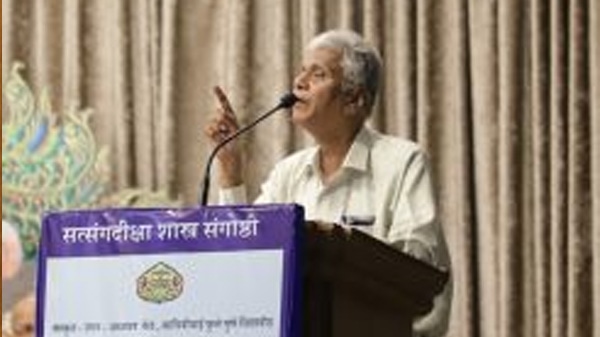 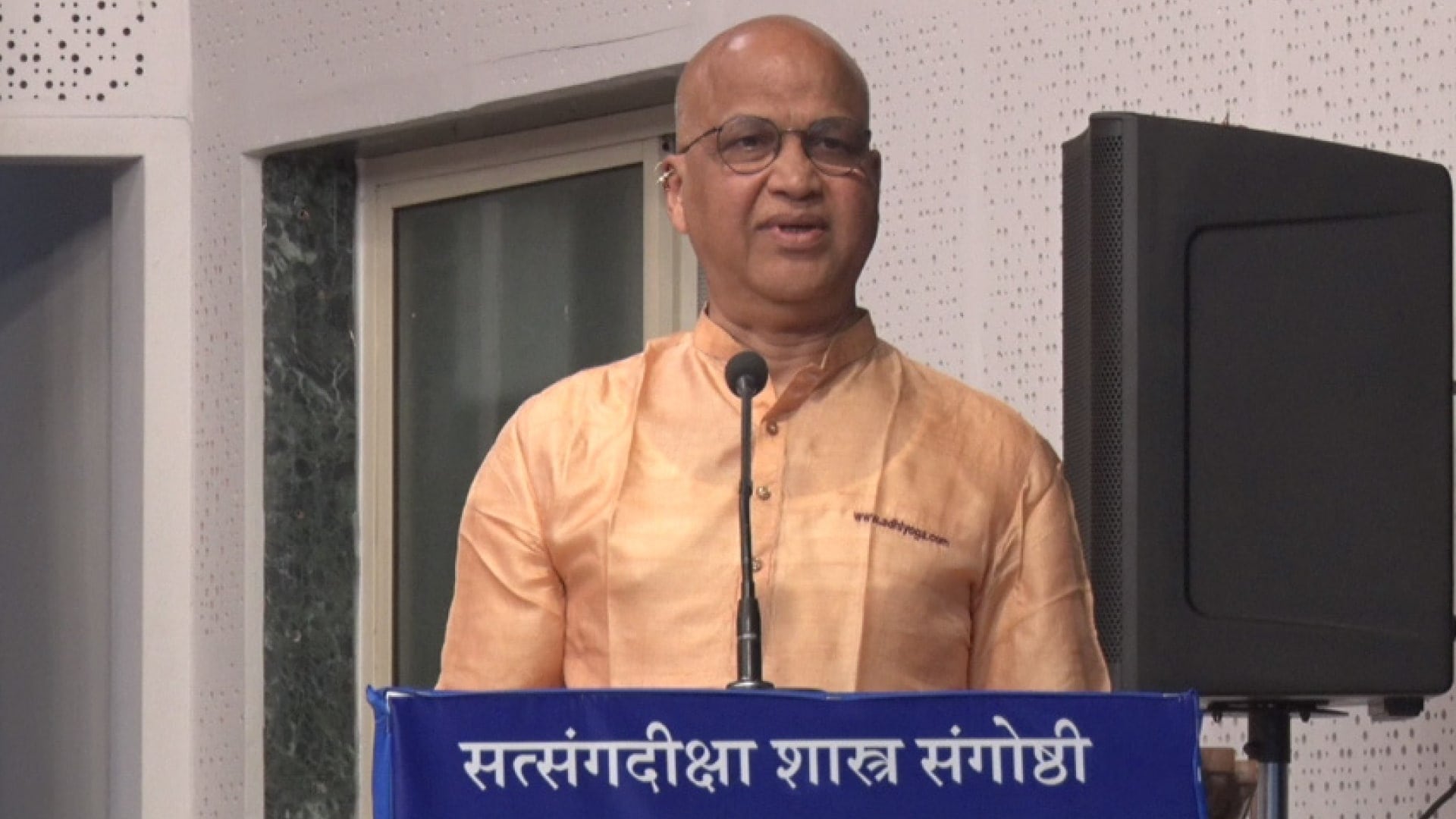 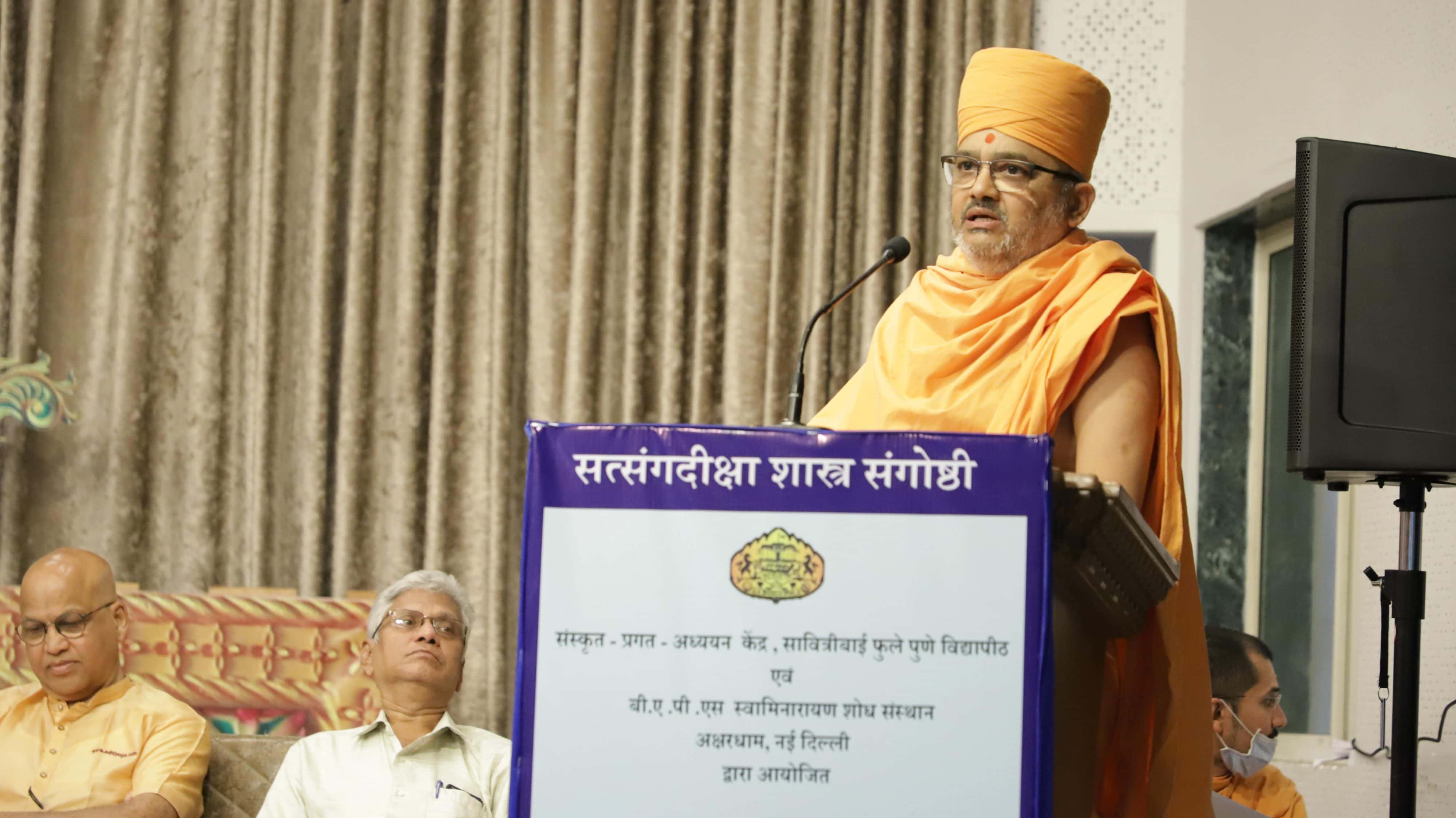 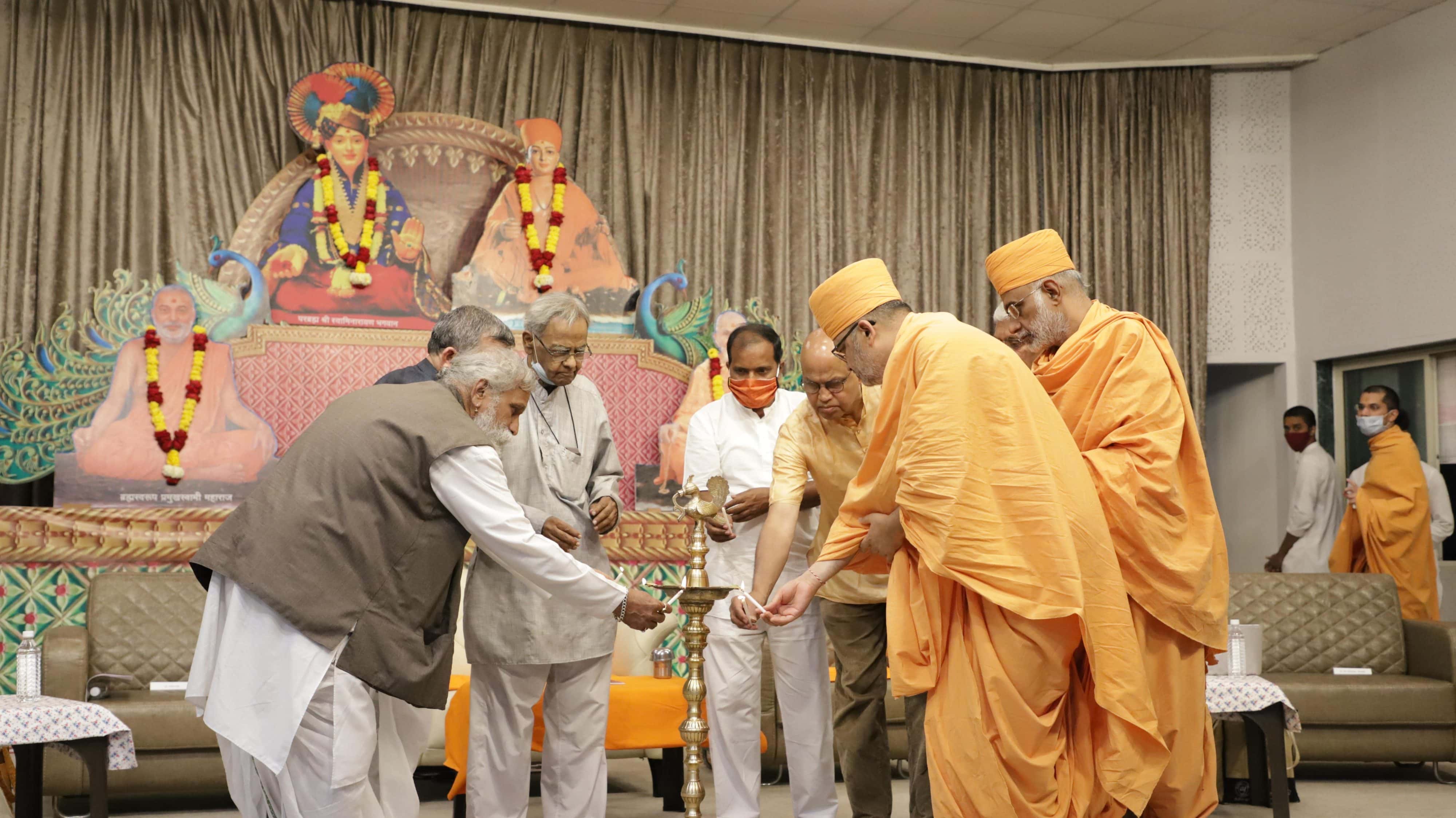 Pundits participate in the inauguration of the Vidvatasaṅgoṣṭhī 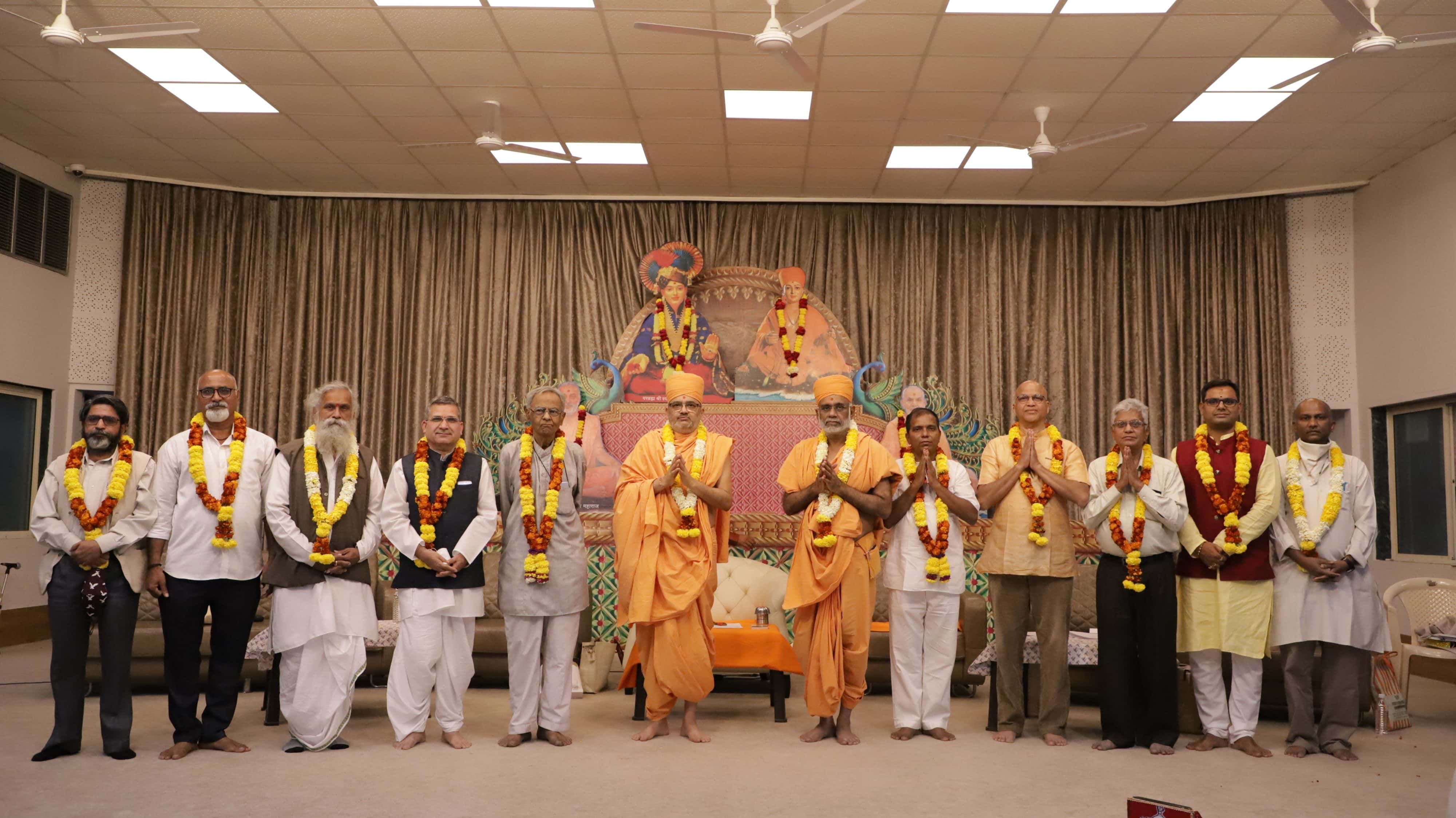 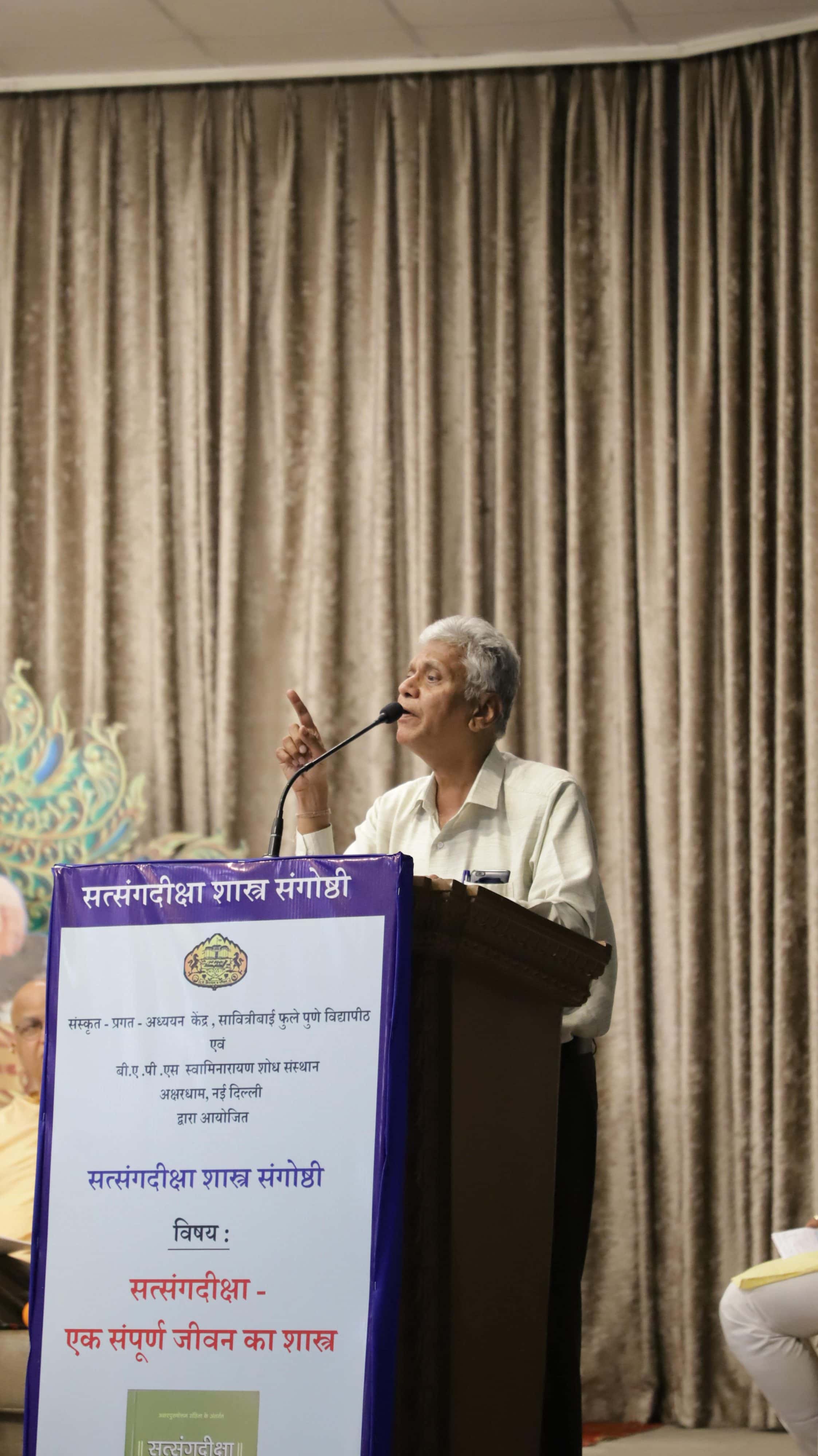 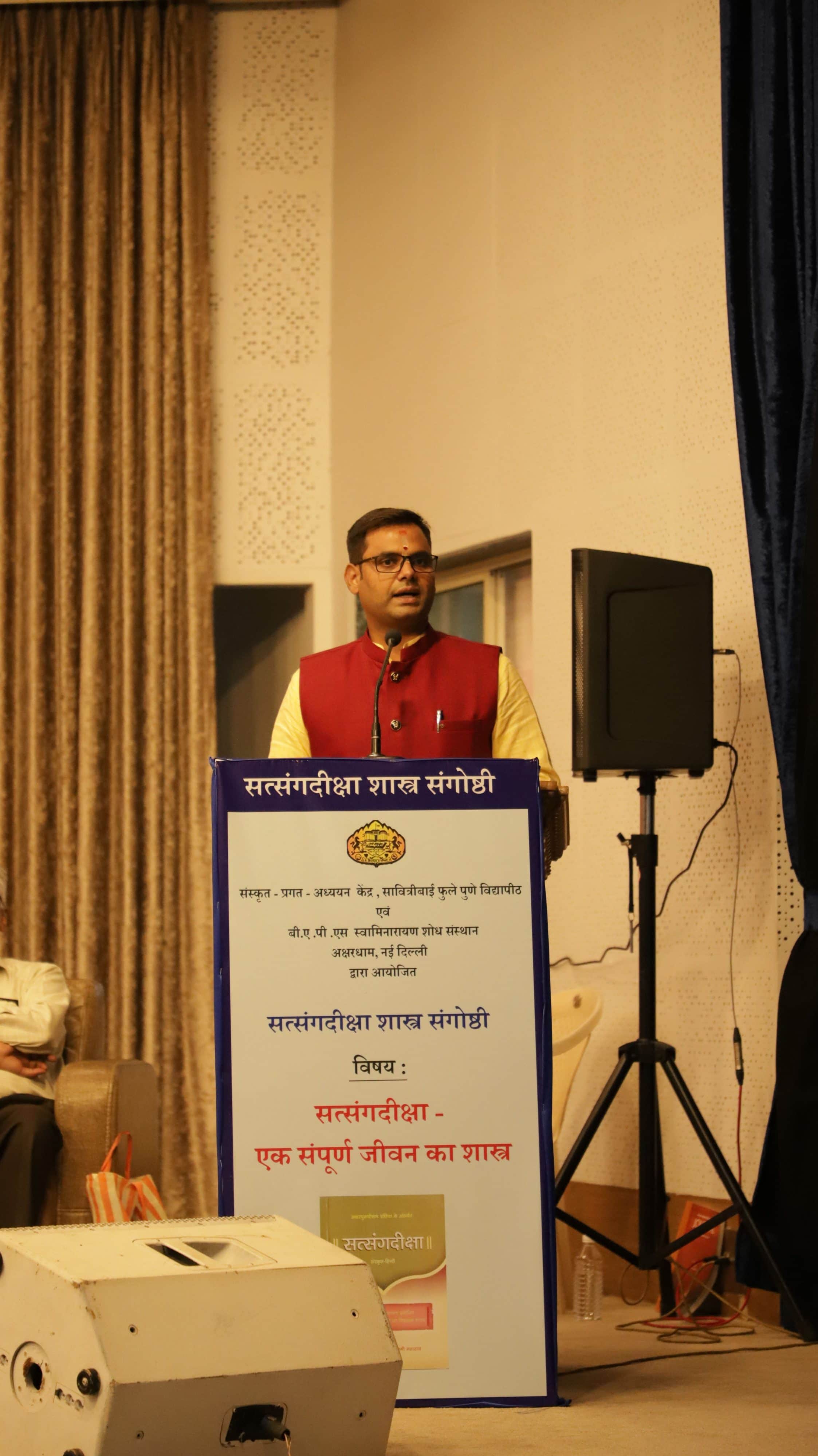 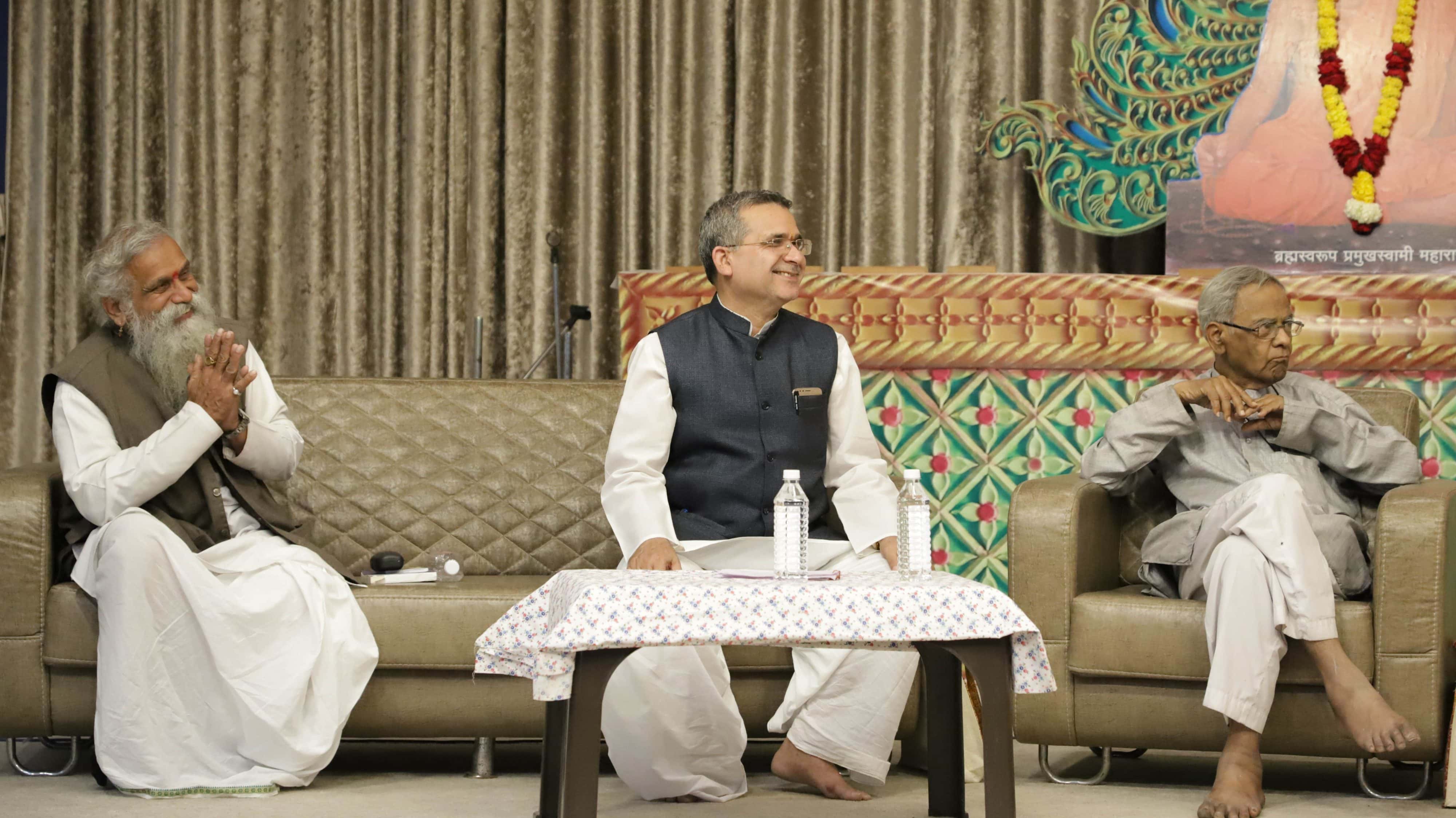 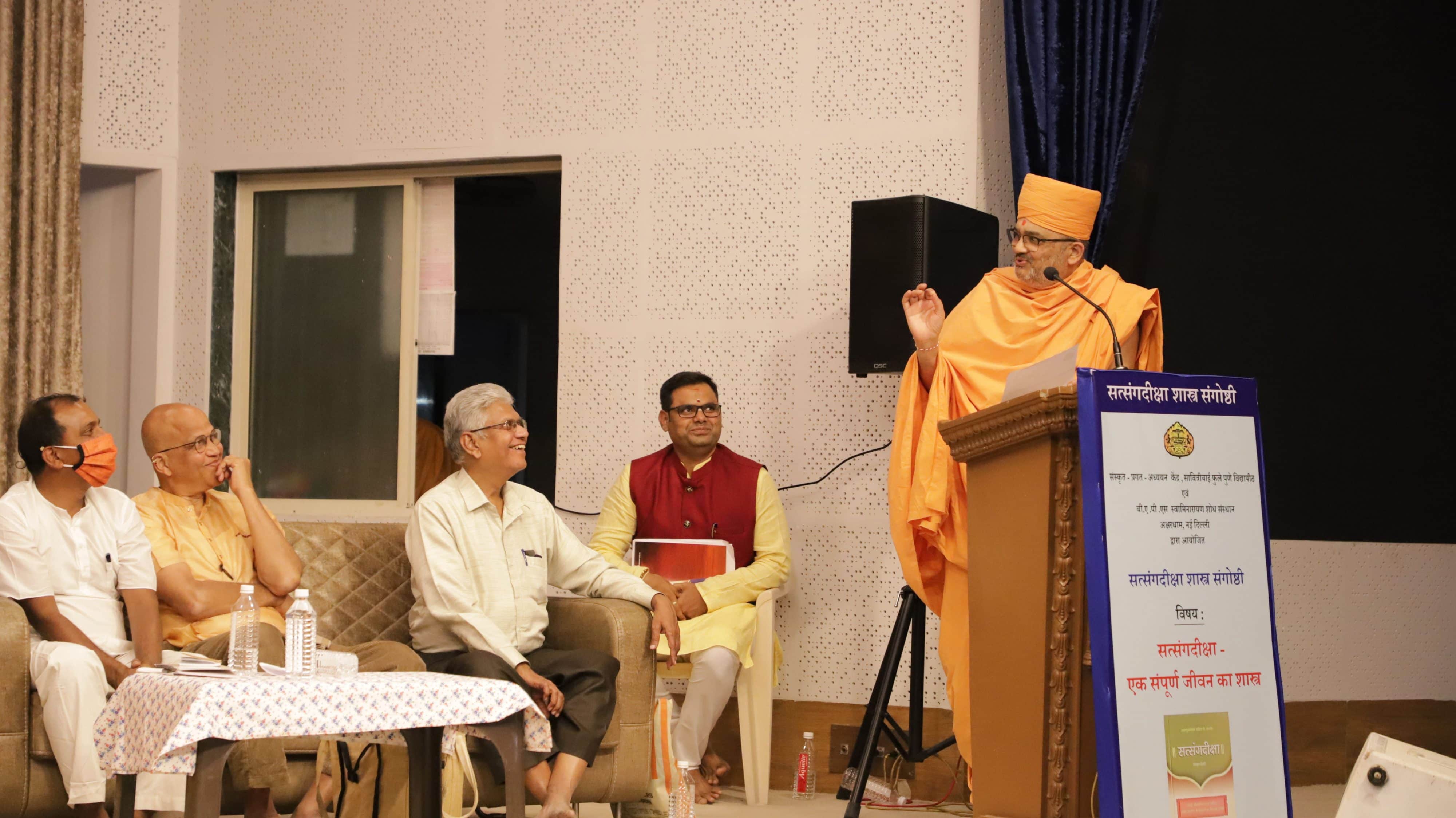 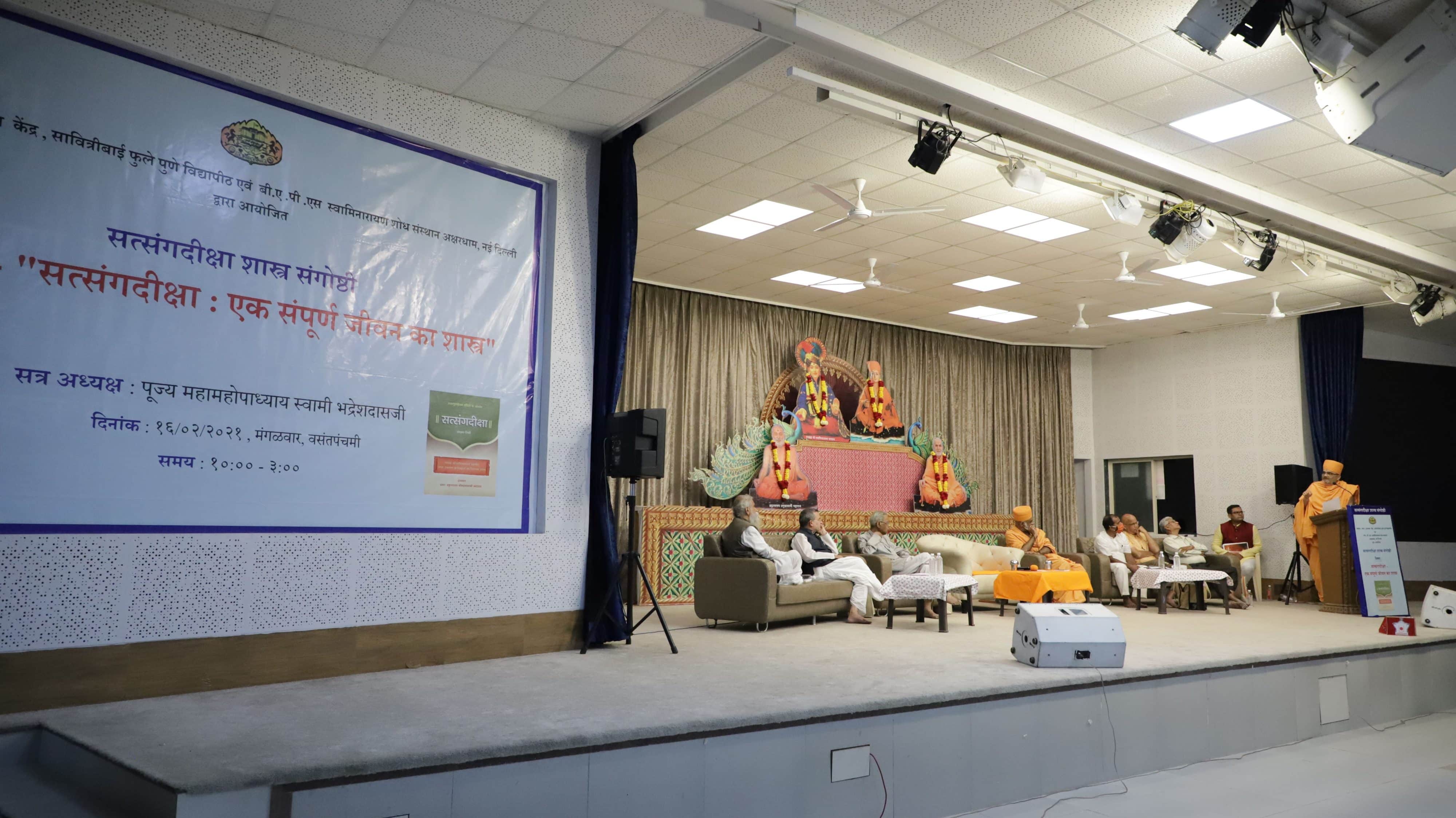