Mahāmahopādyāya Bhadreshdas Swami, the head of the BAPS Swaminarayan Research Institute at Swaminarayan Akshardham in New Delhi, was felicitated in Varanasi by Śrī Kāśī Vidvat Pariṣada – an esteemed scholarly council on Vedic studies. Eminent scholars of the council revered Bhadreshdas Swami for his recent creation of the Svāminārāyaṇasiddhāntasudhā, a vādagrantha that offers an exposition, justification, and defense of the Akṣara-Puruṣottama Darśana’s philosophical principles.

The Śrī Kāśī Vidvat Pariṣad is a time-honored council that has been formed for the protection of Vedic dharma. This council is considered authoritative not just in Kāśī, but throughout India. This council is viewed honourably and with great admiration throughout India on matters regarding each faculty of study, including Vedic dharma and philosophy. It serves a decisive role in matters concerning Vedic principles and its research. Only exceptional pundits in scholarly disciplines such as those of the Vedas, Vedānta, smṛti texts, nyāya, and vyākaraṇa may participate as members of this council.

Addressing the gathering, Mahāmahopādyāya Acharaya Shri Ramyatna Shukla – President of the Kāśī Vidvat Pariṣad explained the importance of the Vādagrantha by saying, “Upon humbly welcoming you, I wish to announce that I have surveyed this text. I speak having reviewed its significant sections. I regard it be well authored. I have seen the commentary that he has written. It is in every aspect Upanishadic. References have been placed throughout this text. References from the Upanishads have been given. I have seen all of this, bore witness to it, and have spoken of it. Therefore, as the president of the Śrī Kāśī Vidvat Pariṣad and by all of your consent, I commend this text. Let us all put out hands together and applaud this sacred text.”

Pundits of the Kāśī Vidvat Pariṣad highlighted that Bhadreshdas Swami is the only Sanskrit scholar to write both a commentary on the entire Prasthānatrayī and a vādagrantha, which substantiates the philosophy propounded in the commentary. 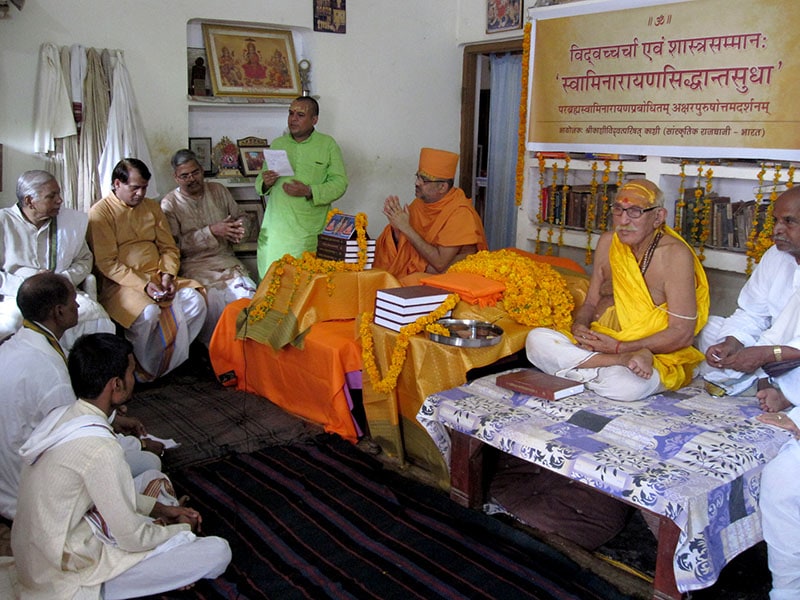 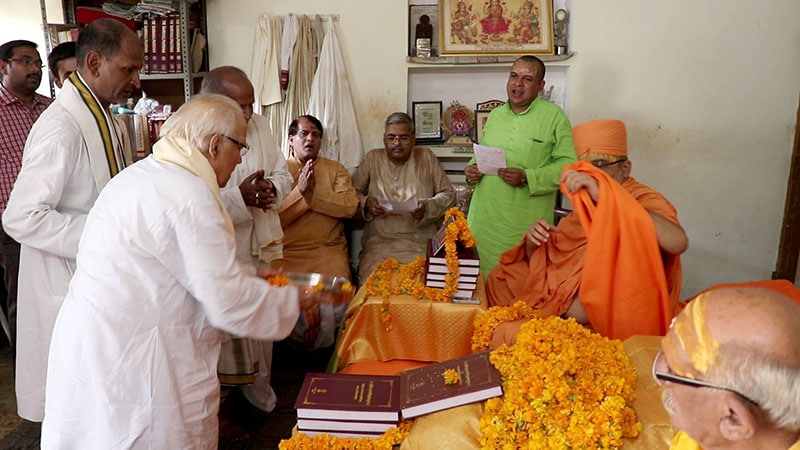 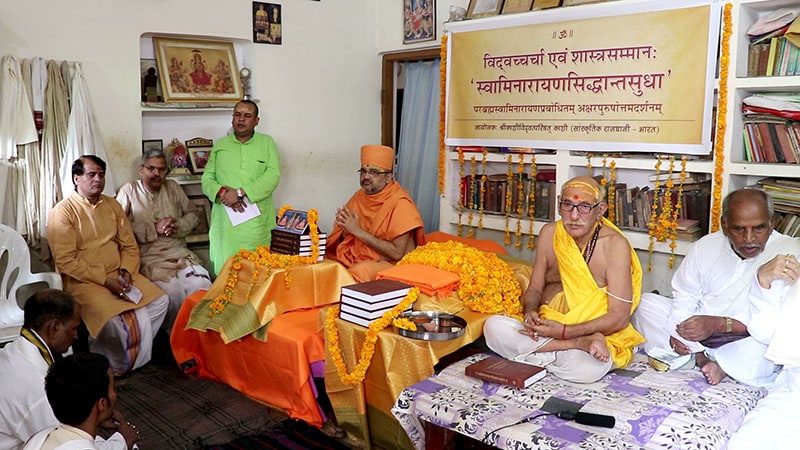 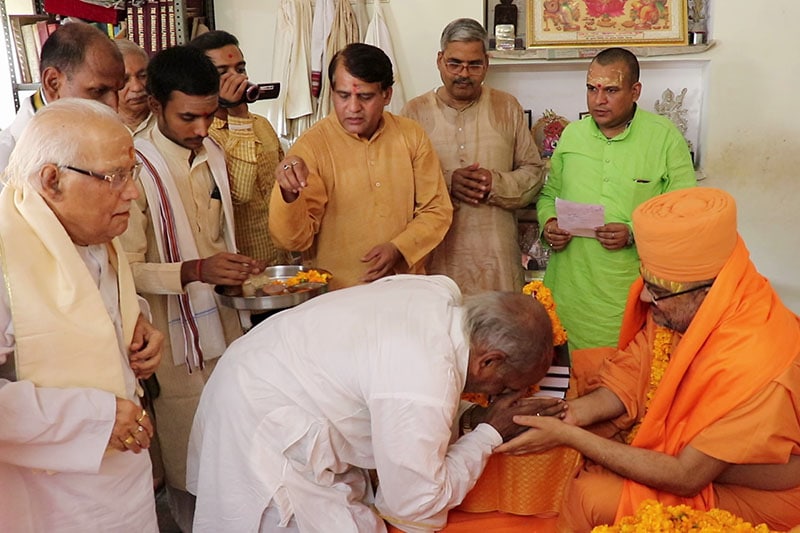 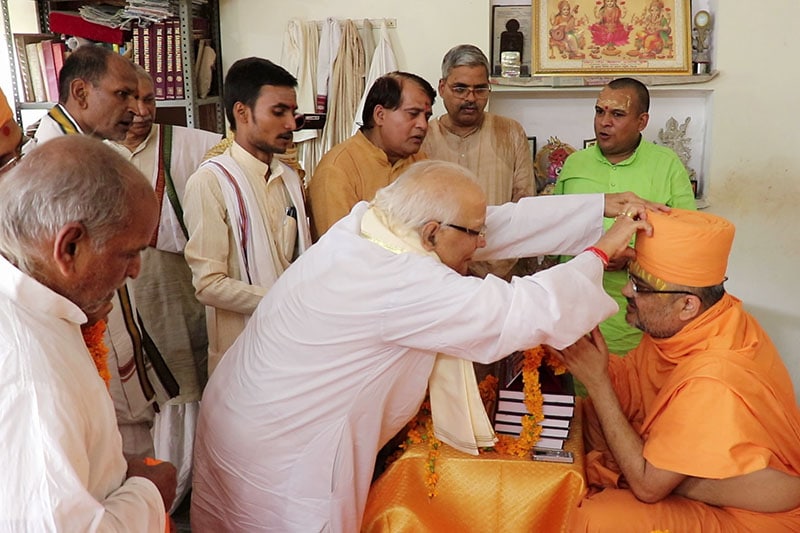 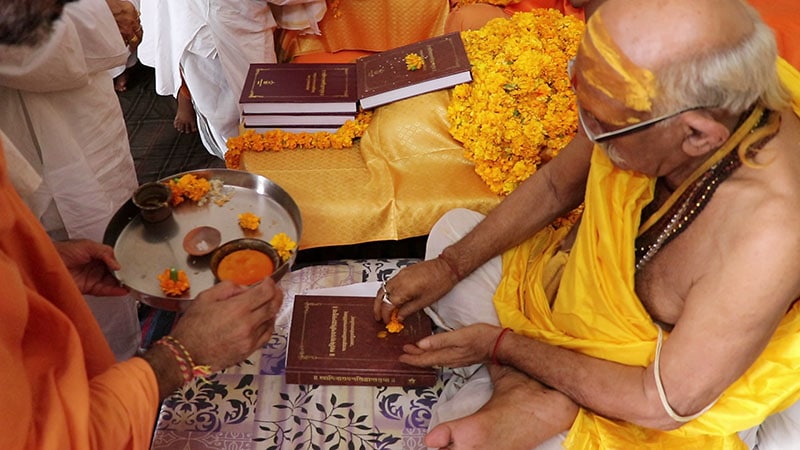