Śrī Murlidhar Sharma, the Vice-Chancellor of the National Sanskrit University, Tirupati, together with other scholars wished to ceremoniously welcome and introduce this darśana to the National Sanskrit University. Their aim was to offer an opportunity to interested and leading scholars of South India to engage in the scholarly study and instruction of the Akṣara-Puruṣottama Darśana. They invited Mahāmahopādhyāya Bhadreshdas Swami, the author of the Prasthānatrayī bhāṣya, to the National Sanskrit University so that all may obtain a more detailed introduction to this darśana. They expressed, “Presently, we have the opportunity to engage in a discussion on the darśanas and other topics with Bhadreshdas Swami, the sole bhāṣyakāra of the entire Prasthānatrayī who is present before us.”

At Tirupati, the scheduled events included over a week of scholarly discussions organized in the presence of bhāṣyakāra Bhadreshdas Swami. Hosted at the Vice Chancellor’s residence, these discussions continued throughout each day for eight days. During this time, Bhadreshdas Swami engaged in scholarly discussions on the Akṣara-Puruṣottama Darśana from different perspectives with scholars learned in the Advaita, Viśiṣṭādvaita, and Dvaita darśanas and in Nyāya and Vyākaraṇa texts. These scholars participated in an in-depth study of the Prasthānatrayī-Svāminārāyaṇabhāṣya, the vādagrantha Svāminārāyaṇa-siddhānta-sudhā, the “Satsaṅga-dīkṣā” section of the Akṣara-Puruṣottama-saṃhitā text, and other works. Bhadreshdas Swami answered all questions and curiosities that were raised during these discussions with evidence, logically, satisfactorily, and according to the saṃpradāya’s principles. Consequently, each felt conviction that the Akṣara-Puruṣottama Darśana was not merely a sect but, just like the Advaita, Viśiṣṭādvaita, and Dvaita darśanas, a principal school of Vedānta and a distinct Vedic sanātana darśana.

Thereafter, a scholarly symposium was organized on 4 February 2021 at the National Sanskrit University. Eminent scholars from Tirupati, Bangalore, Chennai, Hyderabad, Kanchipuram, Sringeri, and other regions gathered for the occasion.

The symposium commenced with a procession organized to commemorate Akṣara-Puruṣottama Maharaj and the sacred texts of the Akṣara-Puruṣottama Darśana. The procession proceeded from the Vice Chancellor’s residence to the assembly hall. Surrounded by tunes from the nādasvaram, scholars joined the festivities, while reciting Vedic mantras and reverently holding the Prasthānatrayī bhāṣya and other sacred texts in their hands.

In the inaugural session, a professor from the University extolled the Akṣara-Puruṣottama Darśana and its author by reciting self-written Sanskrit verses. Mahāmahopādhyāya Bhadreshdas Swami introduced the Akṣara-Puruṣottama Darśana to all those present. Thereafter, a scholarly question and answer session was conducted. Bhadreshdasji then presented an introduction of the Satsaṅga-dīkṣā sacred text, which was authored by Pragaṭa Brahmasvarūpa Mahant Swami Maharaj. Scholars were enthralled at examining the work, a contemporary smṛti scripture. After the Vice-Chancellor’s concluding address, the bhāṣyakāra himself gifted the bhāṣyas to the Vice-Chancellor. All scholars present were then honored. The symposium concluded with all scholars presenting Bhadreshdas Swami with a written proclamation in support of the bhāṣyas. Within it, they revealed that upon discussing the Akṣara-Puruṣottama Darśana continuously for a week, “We collectively proclaim that…

The Akṣara-Puruṣottama Darśana revealed by Parabrahman Svāminārāyaṇa is a Vedic sanātana darśana. It is also unique, original, and distinct from all other darśanas. It is an indisputable fact that by the creation of the Prasthānatrayī Svāminārāyaṇa-bhāṣya, the Akṣara-Puruṣottama Darśana will persist as long as the Sun and the Moon. Bhadreshdas Swami has authored a unique, historic, and siddhānta-propagating work. Like Adi-Śaṅkarācārya, his methods for composing scripture are comprehensible, lucid, deep in meaning, poetic, void of enmity and other defects, and proficient in advocating his principles. This was experienced by all scholars who examined this work.

Mahāmahopādhyāya Bhadreshdas Swami, the author of a commentary on the entire Prasthānatrayī, is thoroughly qualified to join the echelons of Śaṅkarācārya, Rāmānujācārya, Madhvācārya, and other ācāryas. For this reason, all scholars wholeheartedly believe him to be decorated by the title: ‘Bhāṣyakāra Mahācārya.’”

In this way, South India’s prominent scholars collectively welcomed and affirmed the Akṣara-Puruṣottama Darśana at the National Sanskrit University. It was a truly historic and notable event in the world of darśanic thought. 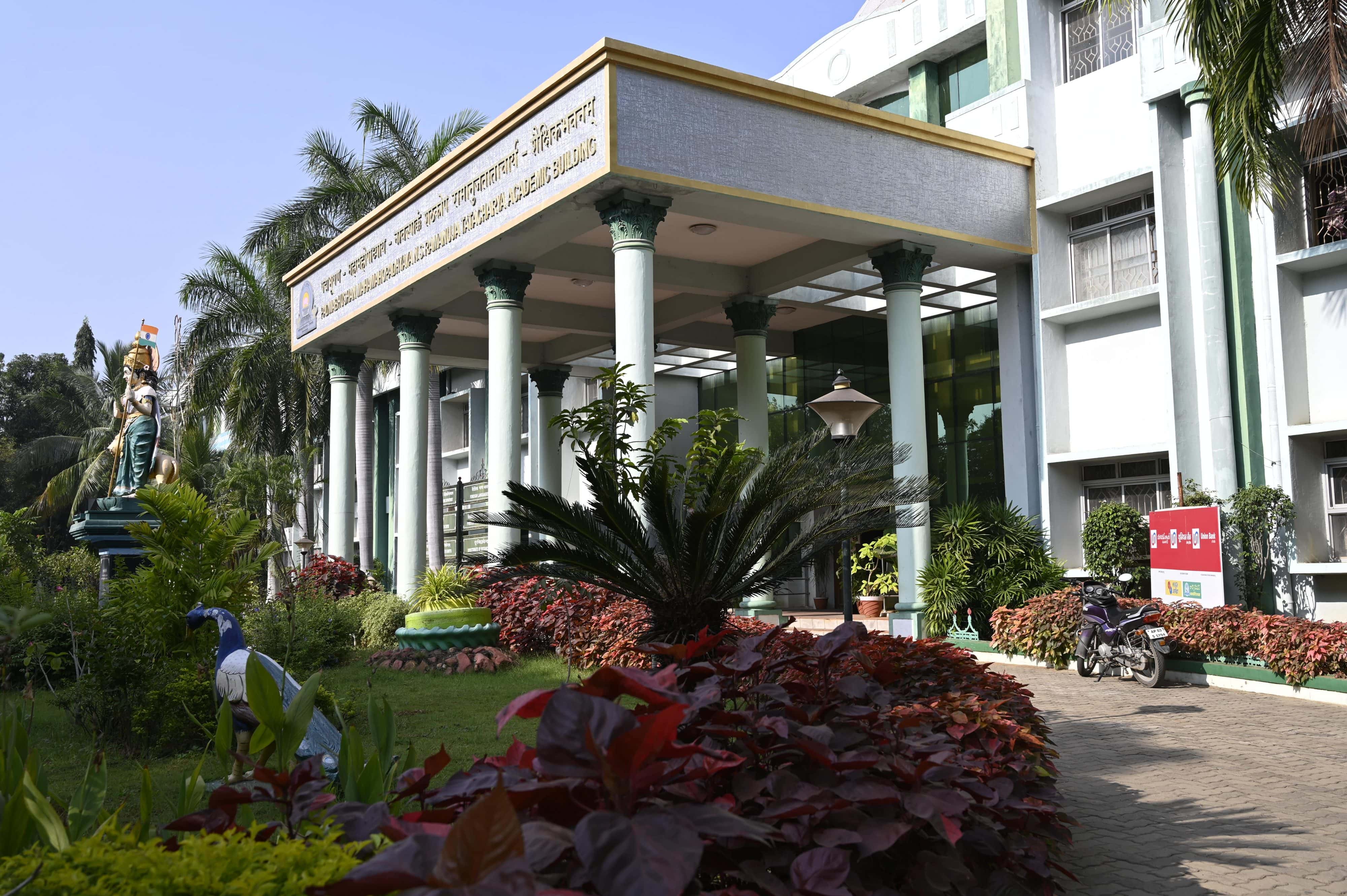 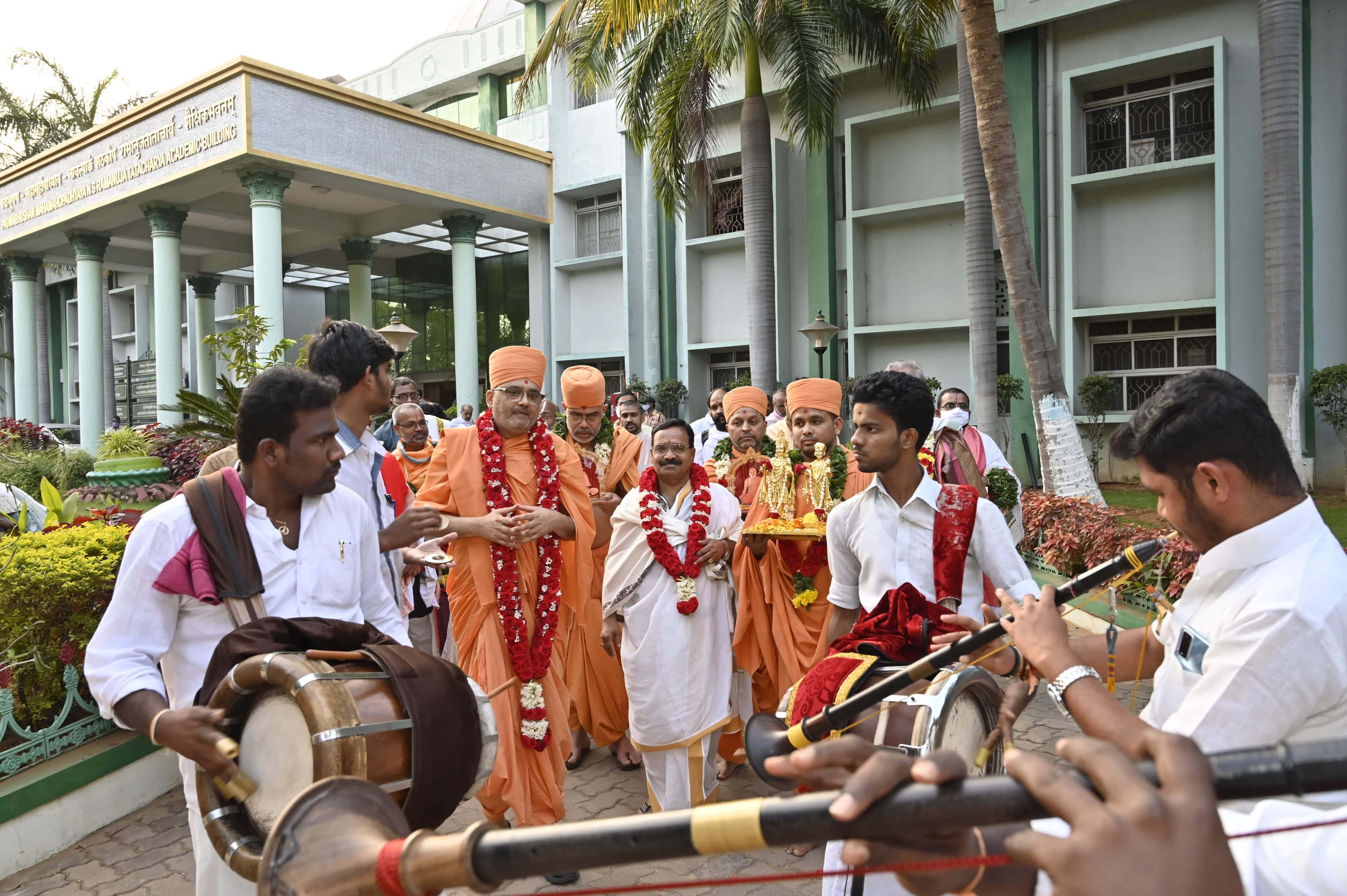 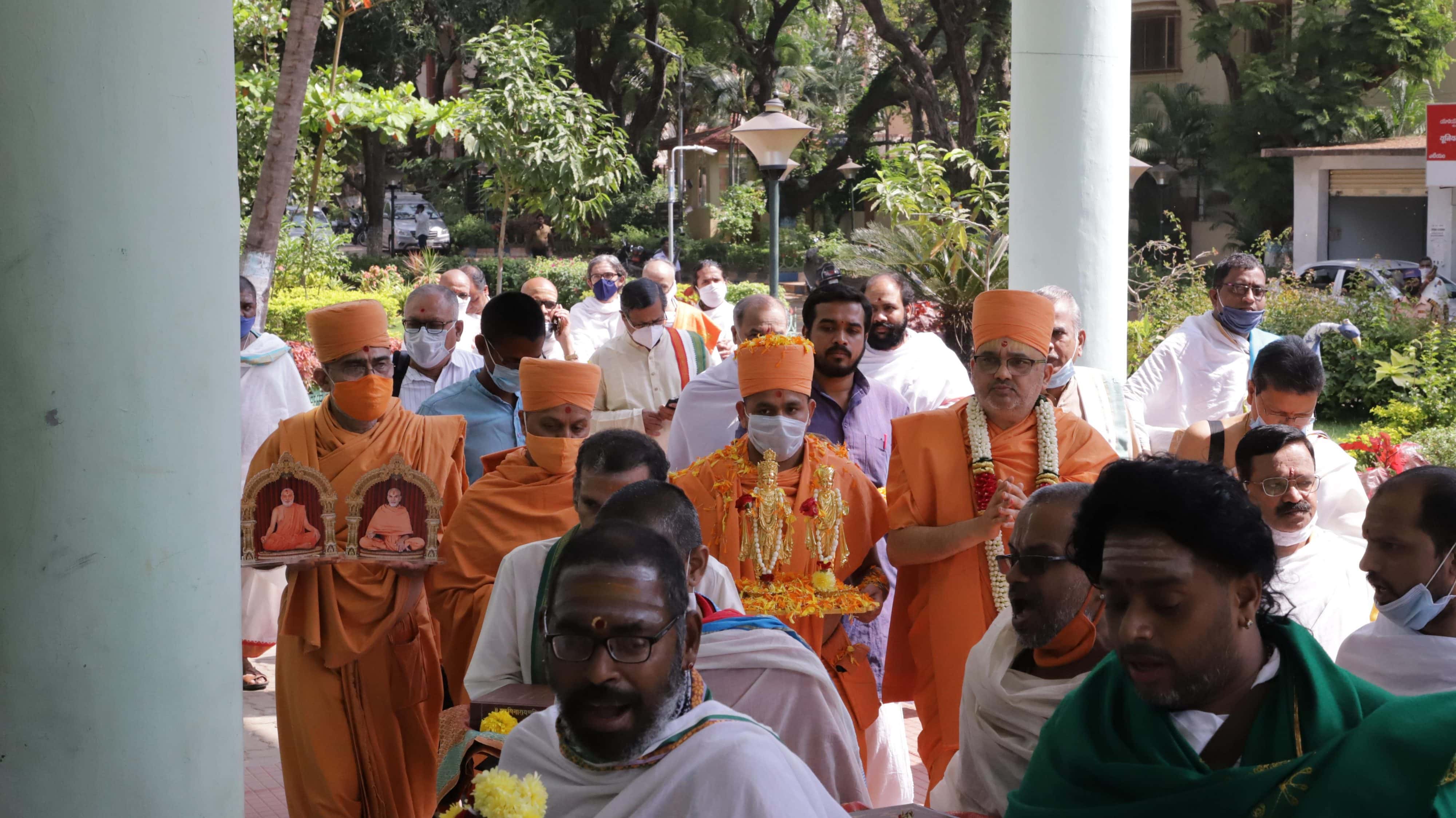 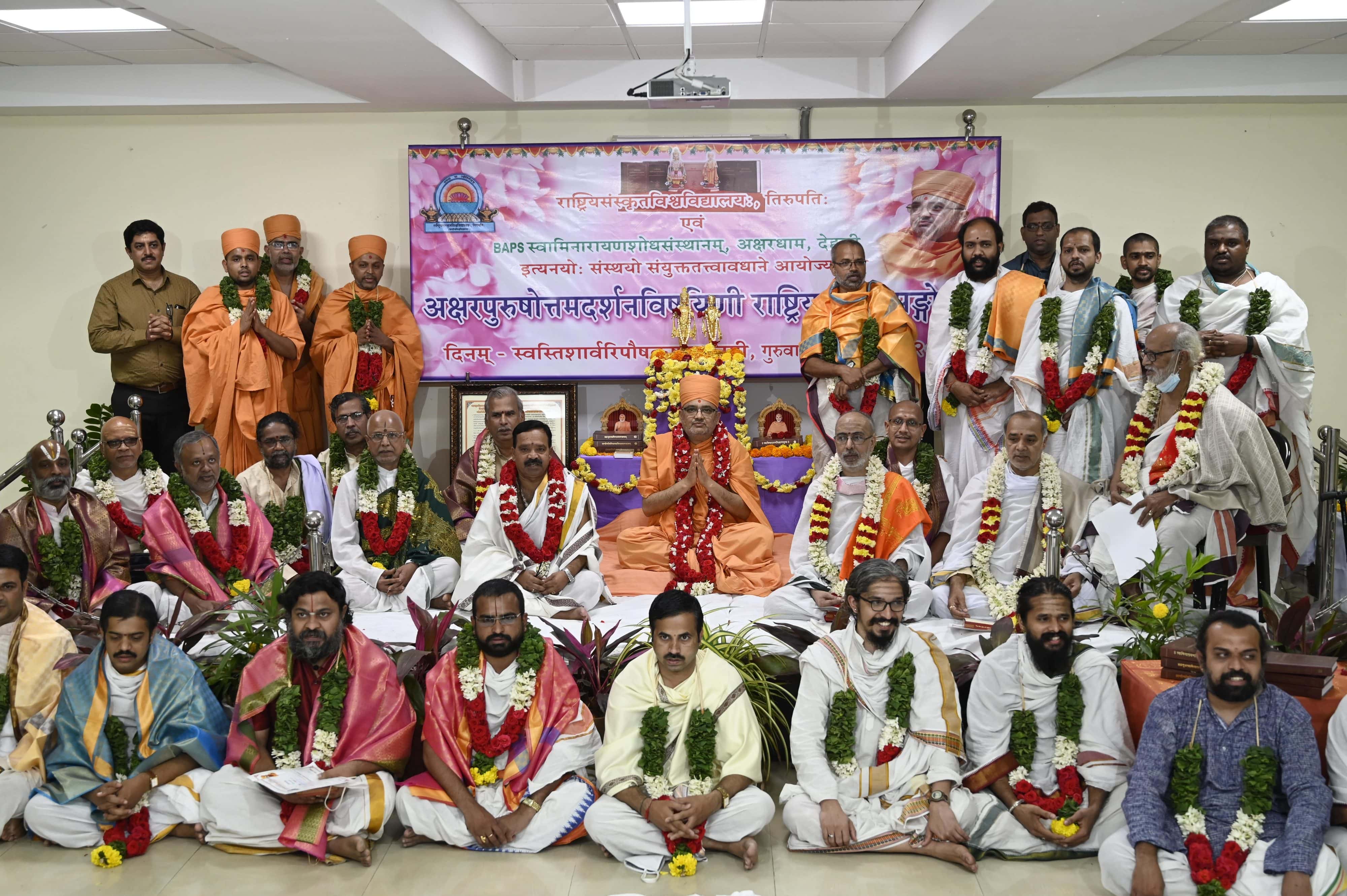 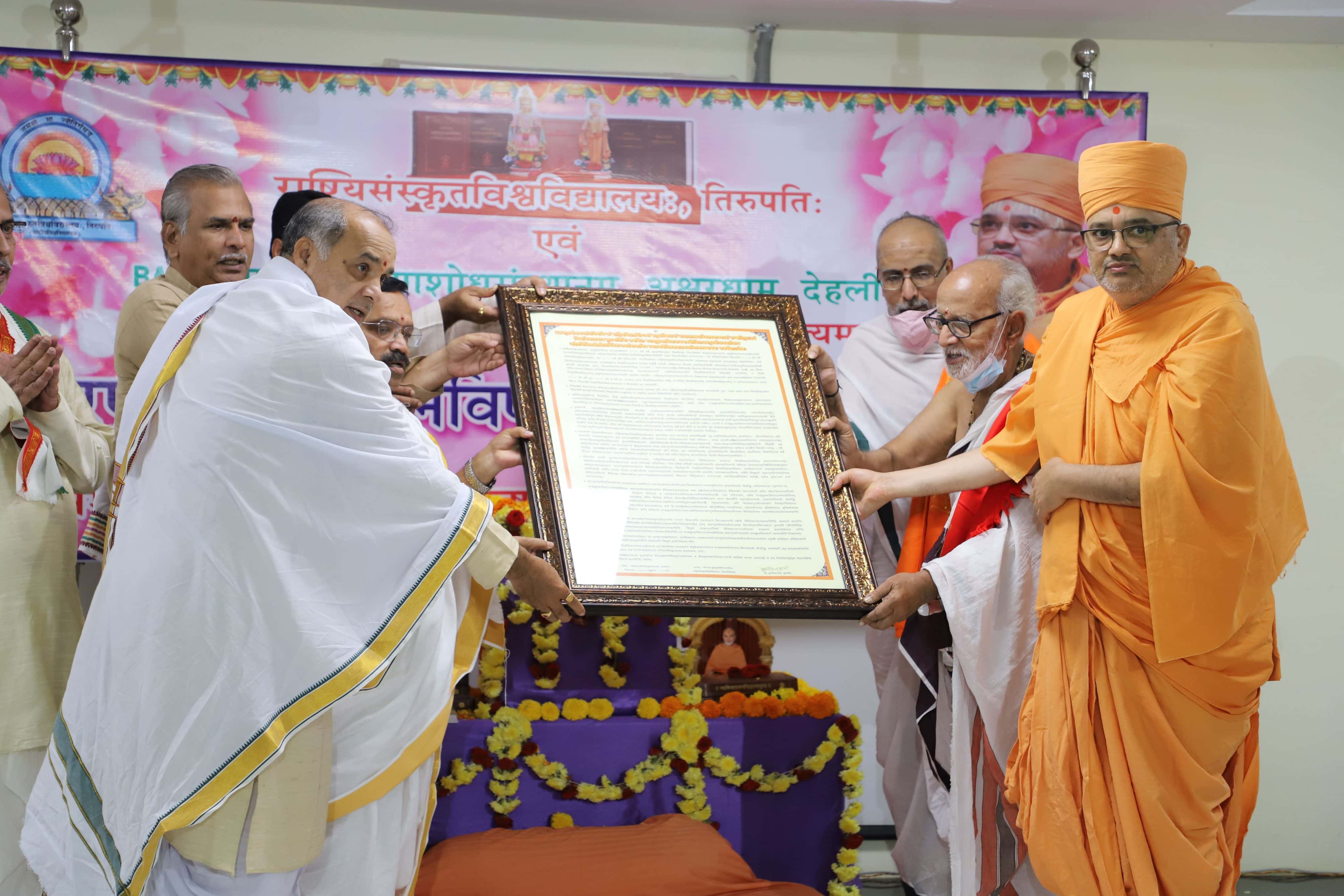 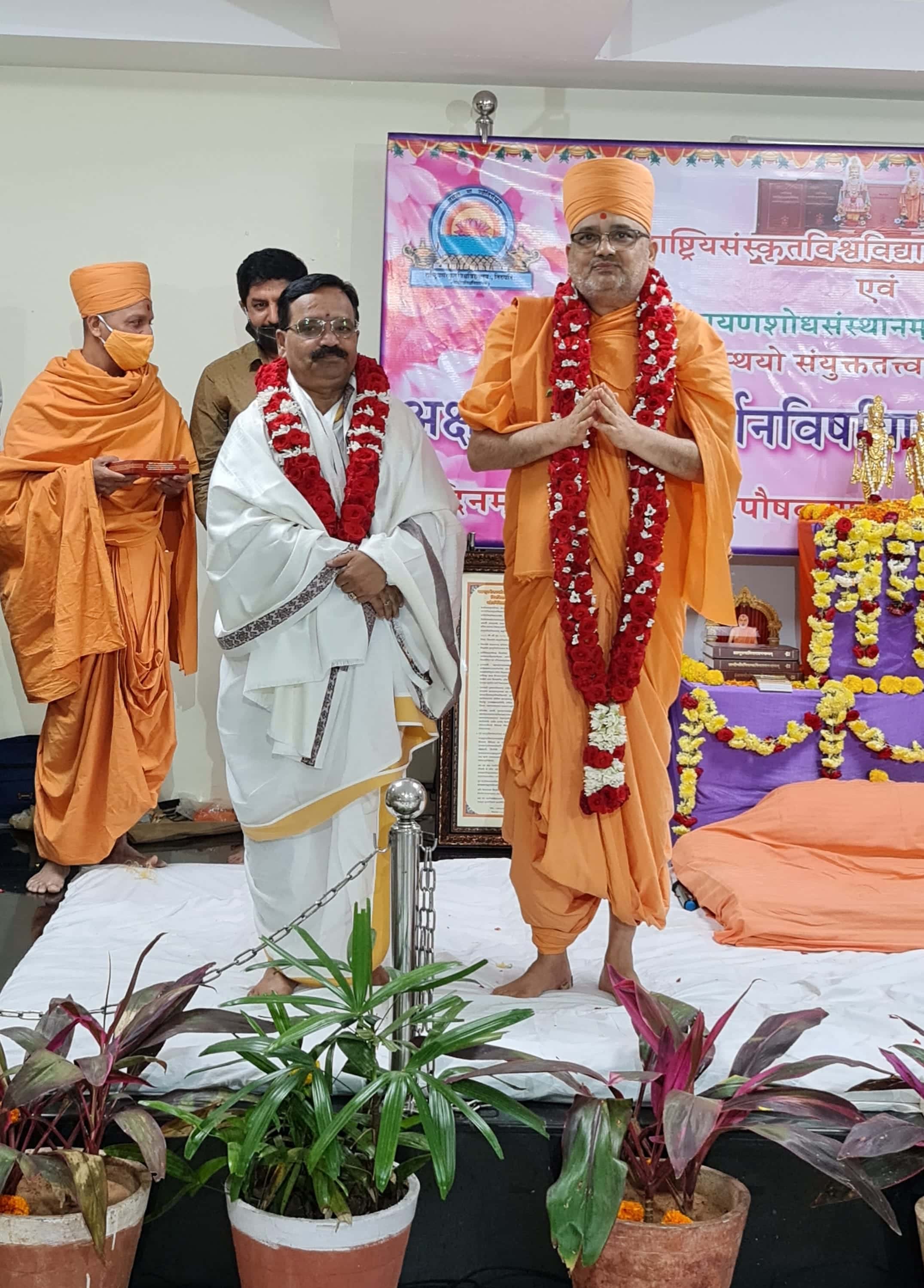 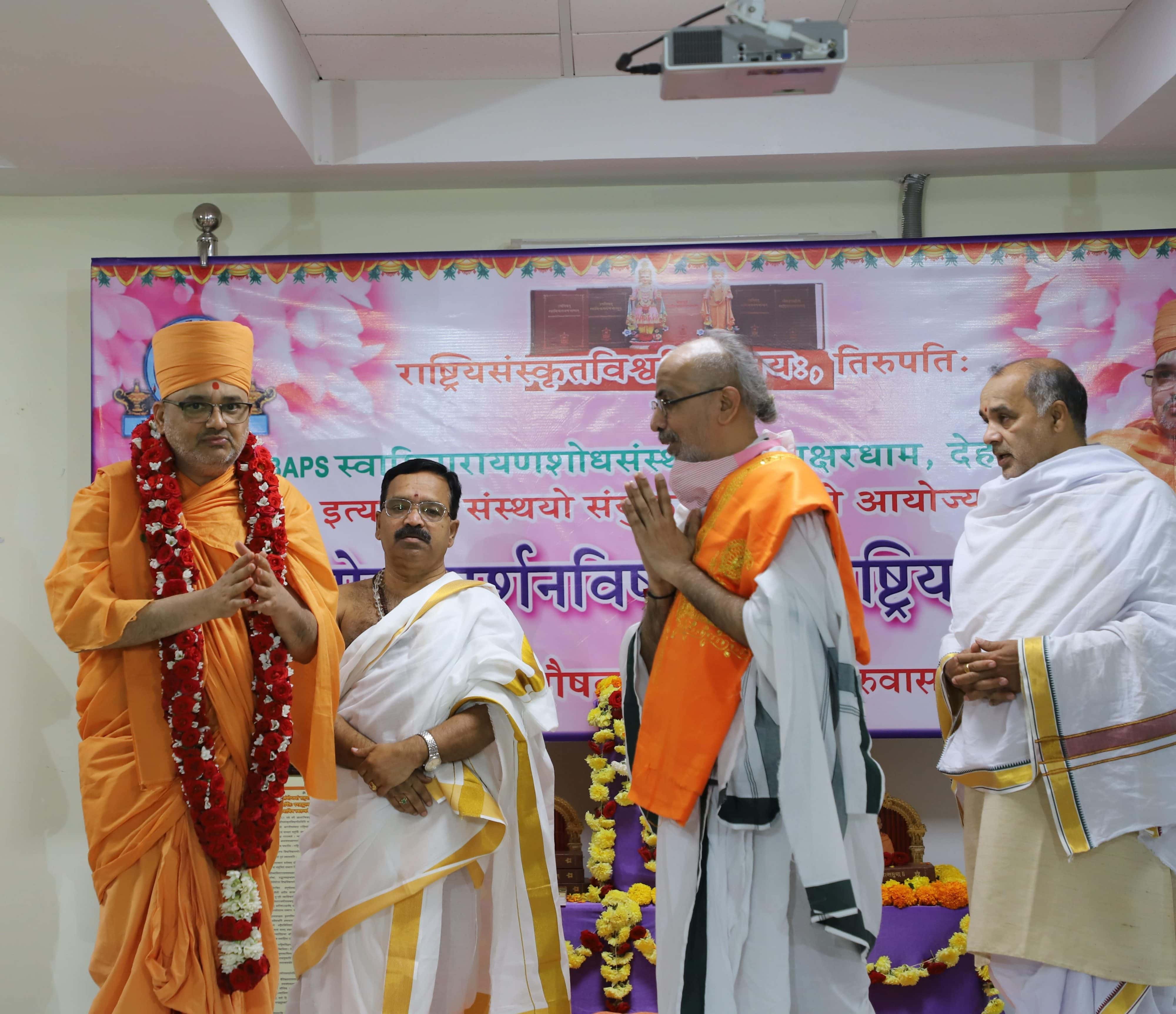 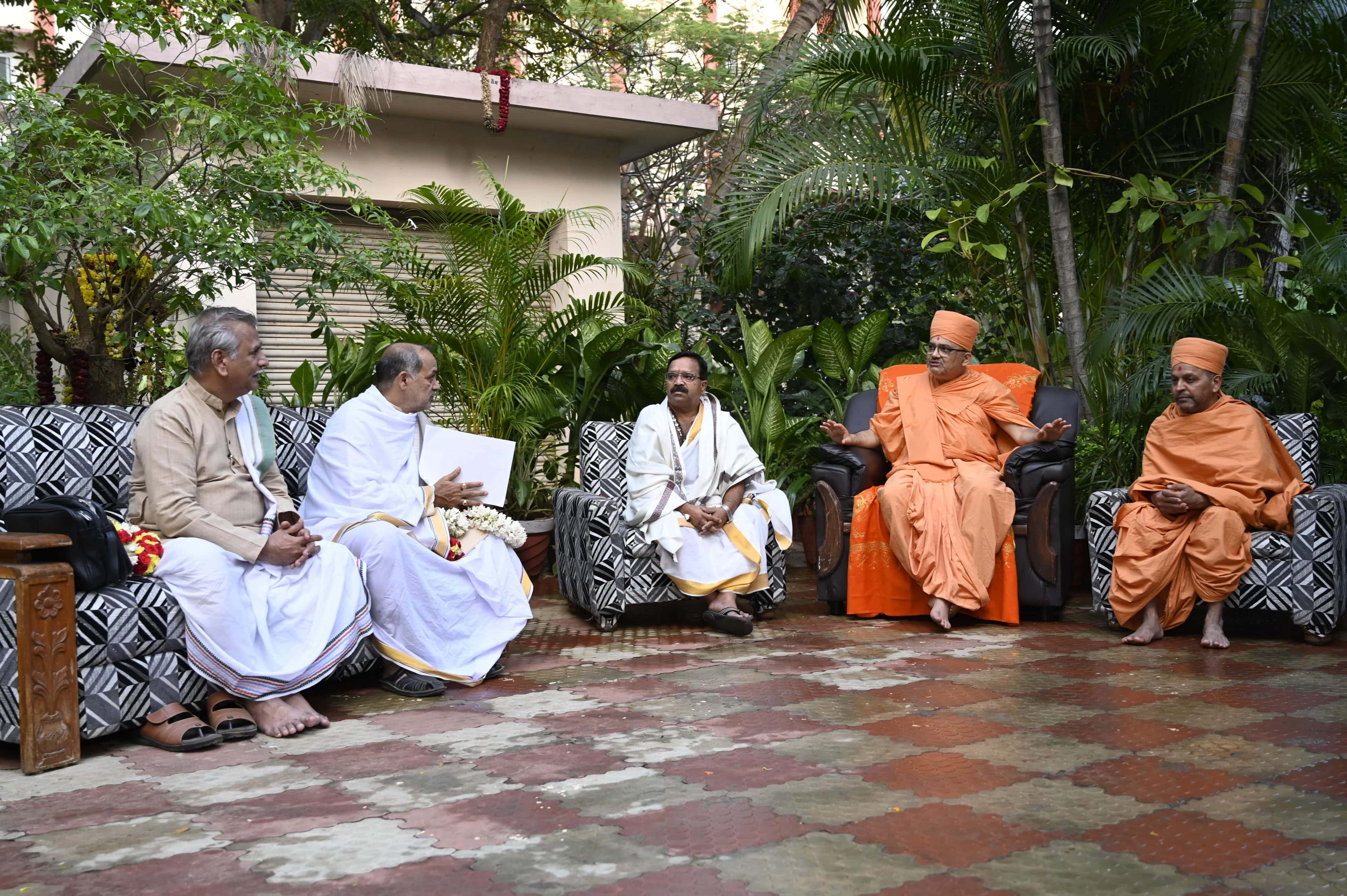 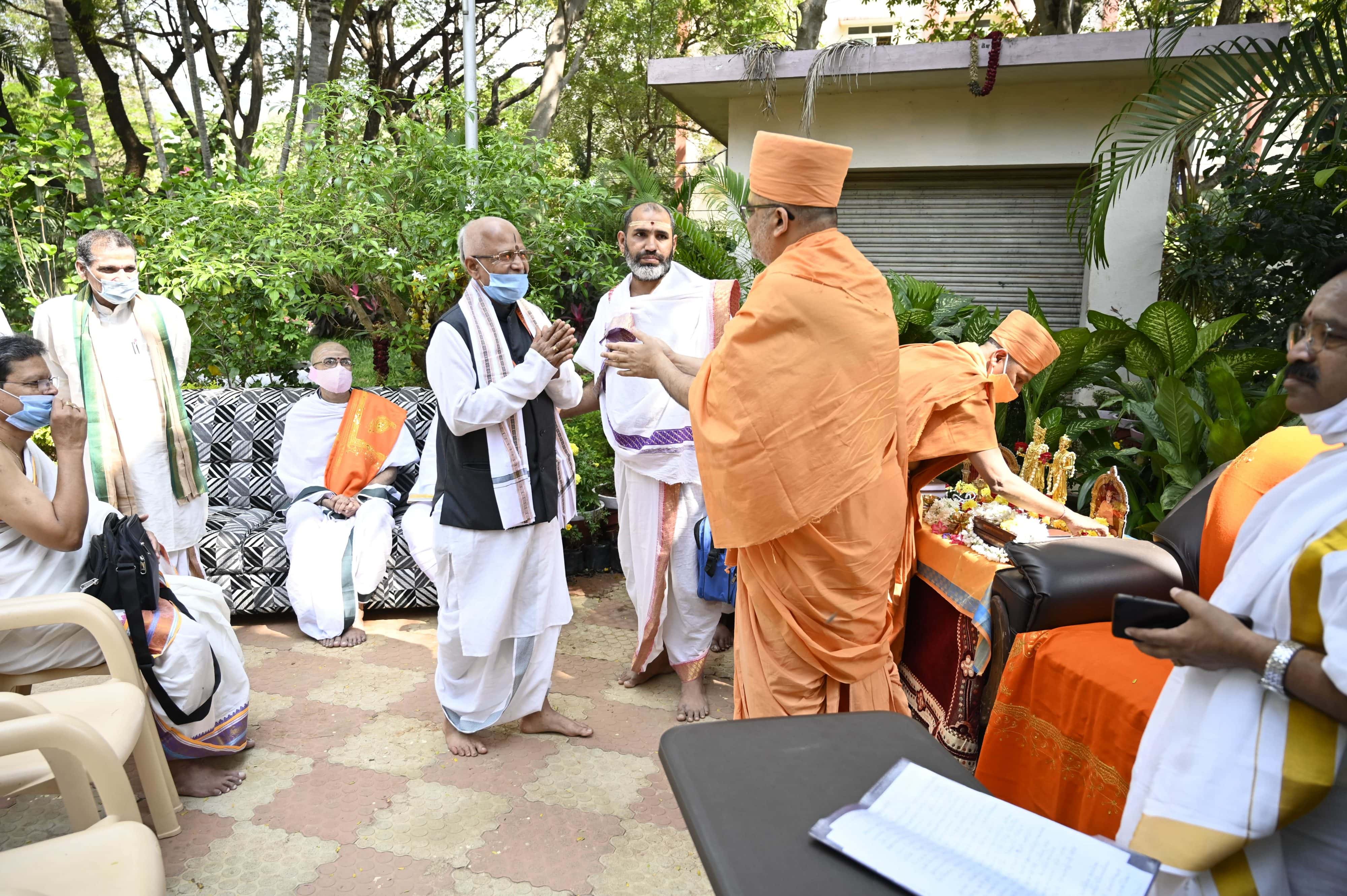