The seminar was chaired by the Vice Chancellor of Gujarat University, Professor Dr. Himanshu Pandya.

In his speech, Aksharvatsaldas Swami, BAPS Swaminarayan Mandir Ahmedabad, highlighted that the state of Gujarat is a divine land graced by many revered sadhus and sages. Pramukh Swami Maharaj is one such divine sadhu who, in his lifetime, sanctified lakhs of homes in India and abroad, travelled to more than 18 000 villages, wrote more than 700,000 letters of prayers, guidance and blessings to innumerable people and personally counselled over 800,000 people.

In the state of Gujarat, Pramukh Swami Maharaj tirelessly travelled to even villages to inspire people to live a more mindful, balanced and harmonious spiritual life.

Under his guidance and blessings, the BAPS Sanstha performed seminal relief works in Gujarat in the aftermath of calamities like droughts, hurricanes, heavy rains, etc. During the drought of 1987, four cattle camps were set up and tended to more than 10,000 endangered livestock.

After the devastating Morbi Macchu Dam collapse and the ravaging earthquake in Kutch-Bhuj in 2001, BAPS sadhus and volunteers worked tirelessly to make arrangements for the welfare of those affected.

For the successful completion of the Narmada Dam project, the Sanstha made the first contribution of 51 lakh rupees. Moreover, upon receiving the news of the Akshardham terror attack, Pramukh Swami Maharaj appealed for peace so that there would be peace in Gujarat and unity between all communities.

He also spoke about Pramukh Swami Maharaj’s contributions to Gujarat’s social development by building well-equipped schools, hostels and hospitals, and highlighted the services rendered by the Sanstha for the upliftment of the tribal communities. Pramukh Swami Maharaj also gave impetus to value-based education by teaching moral values to all.

The seminar was broadcast live on the university’s website. 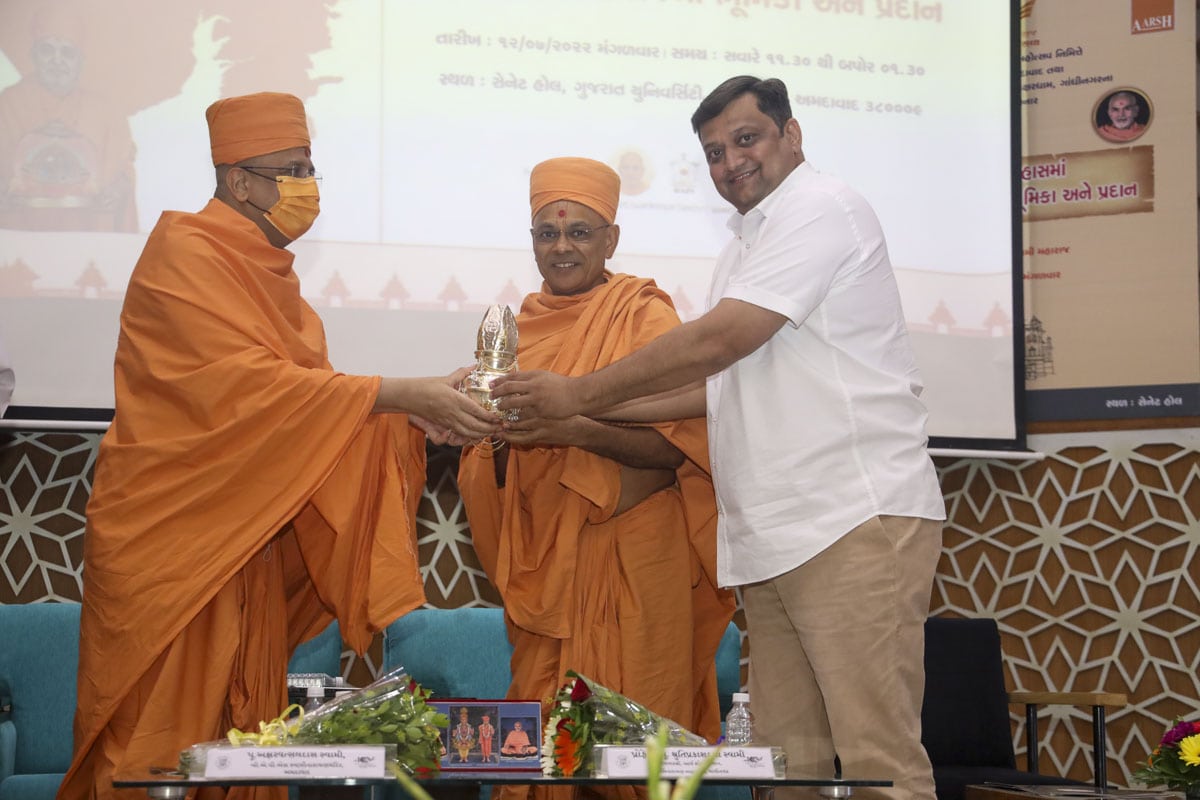 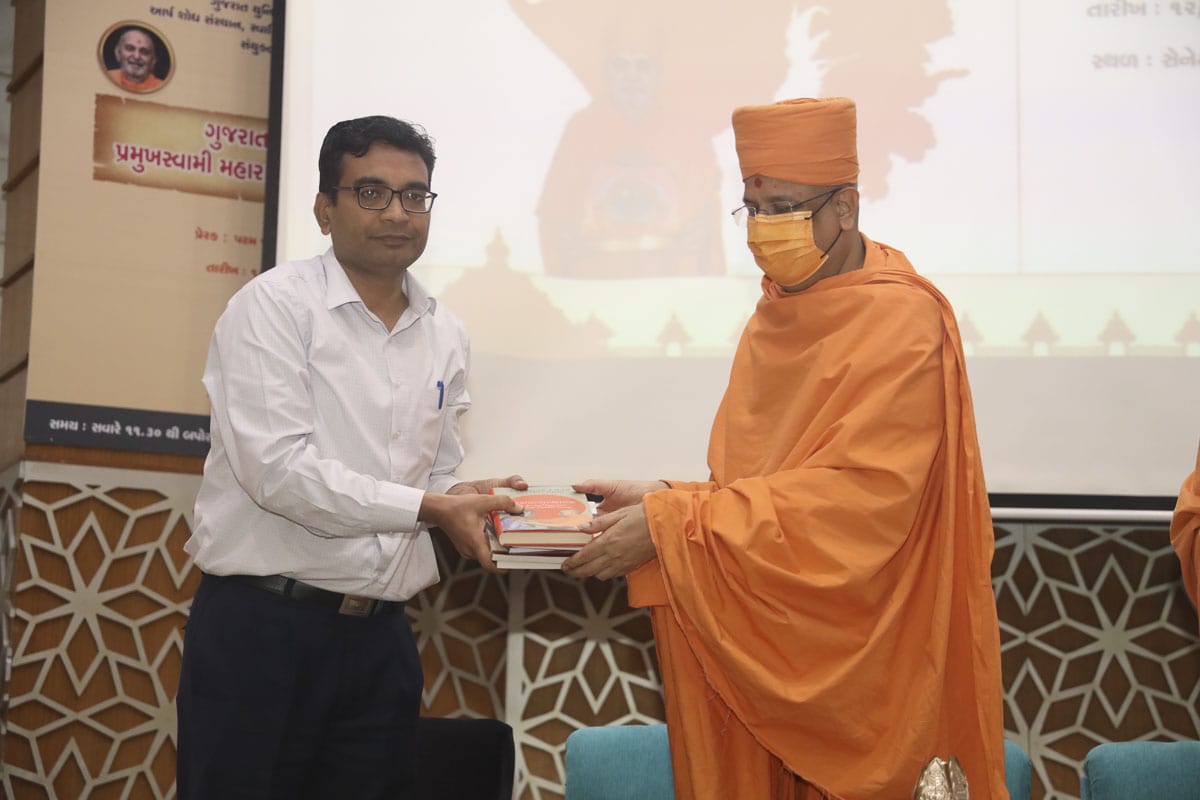 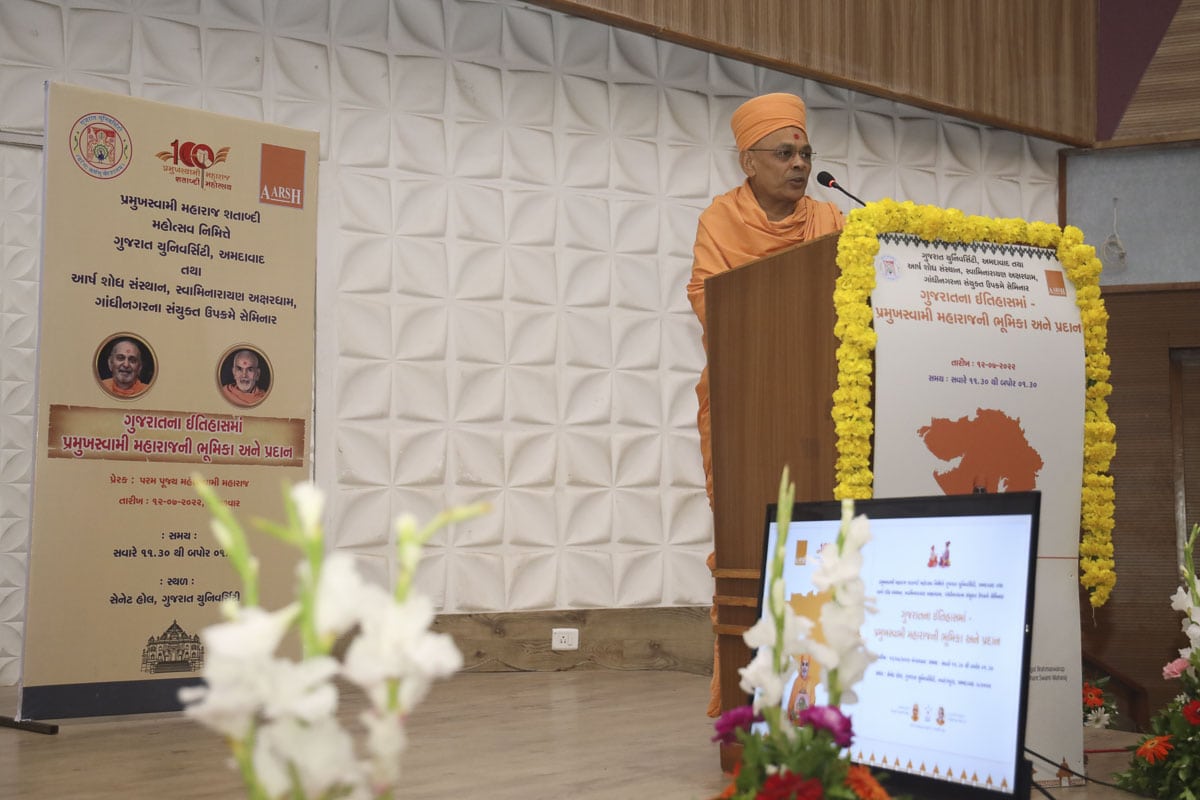 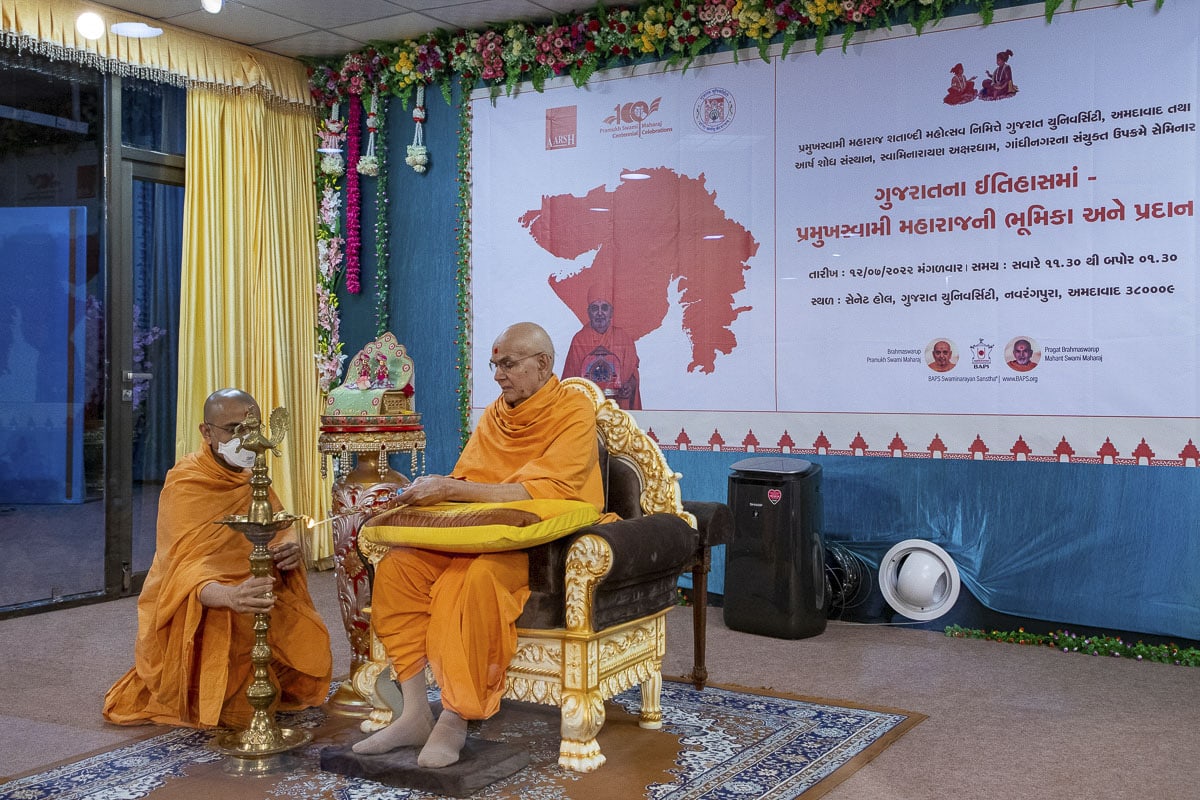 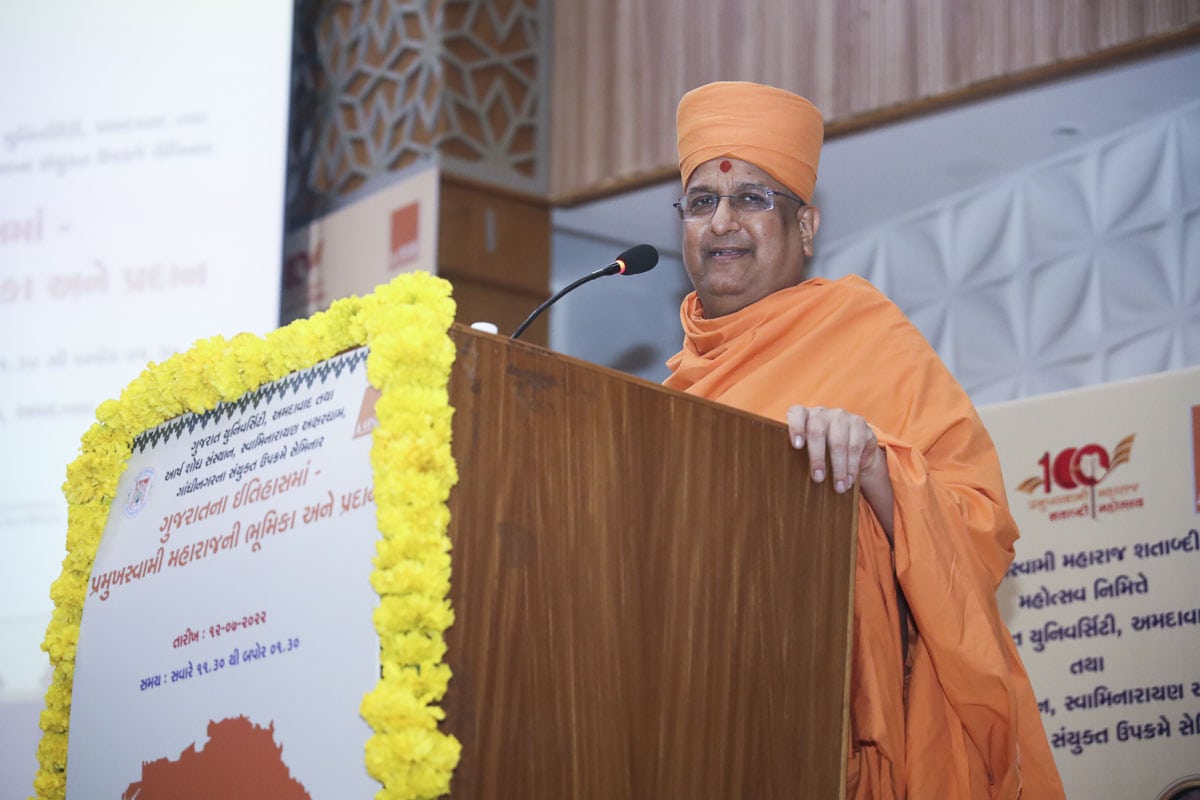 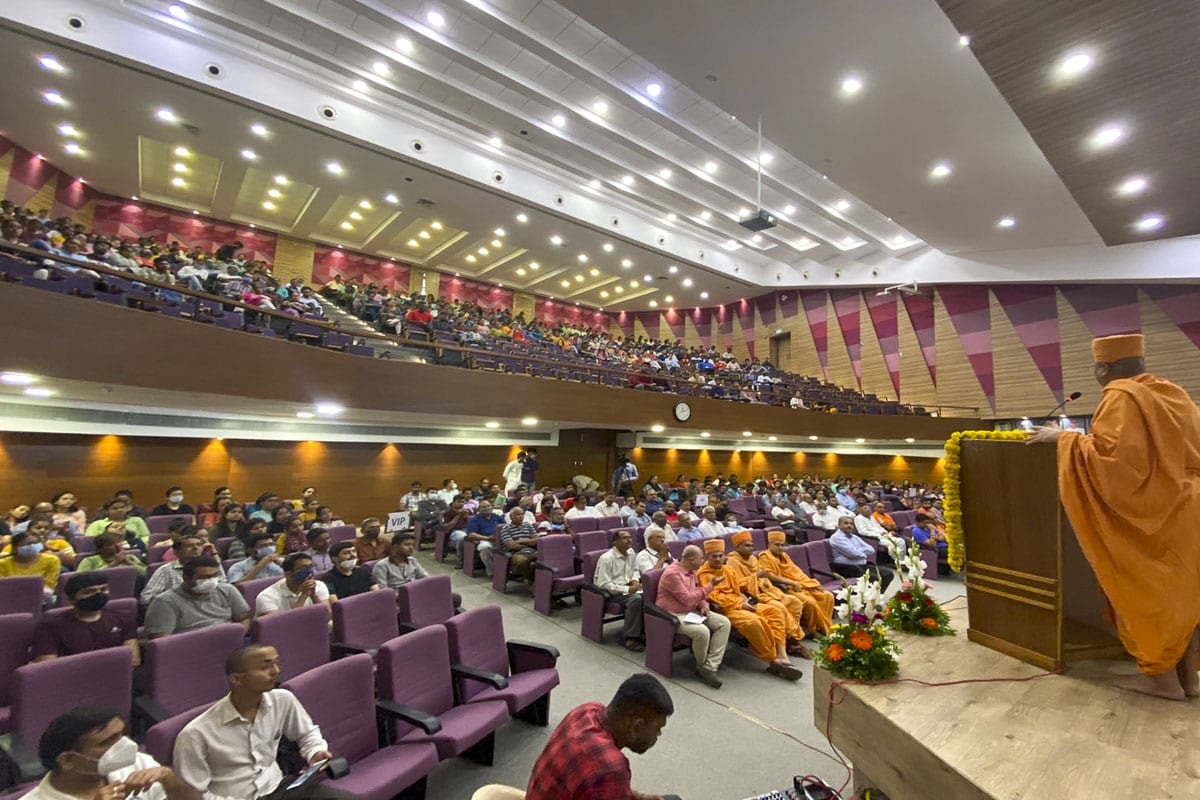 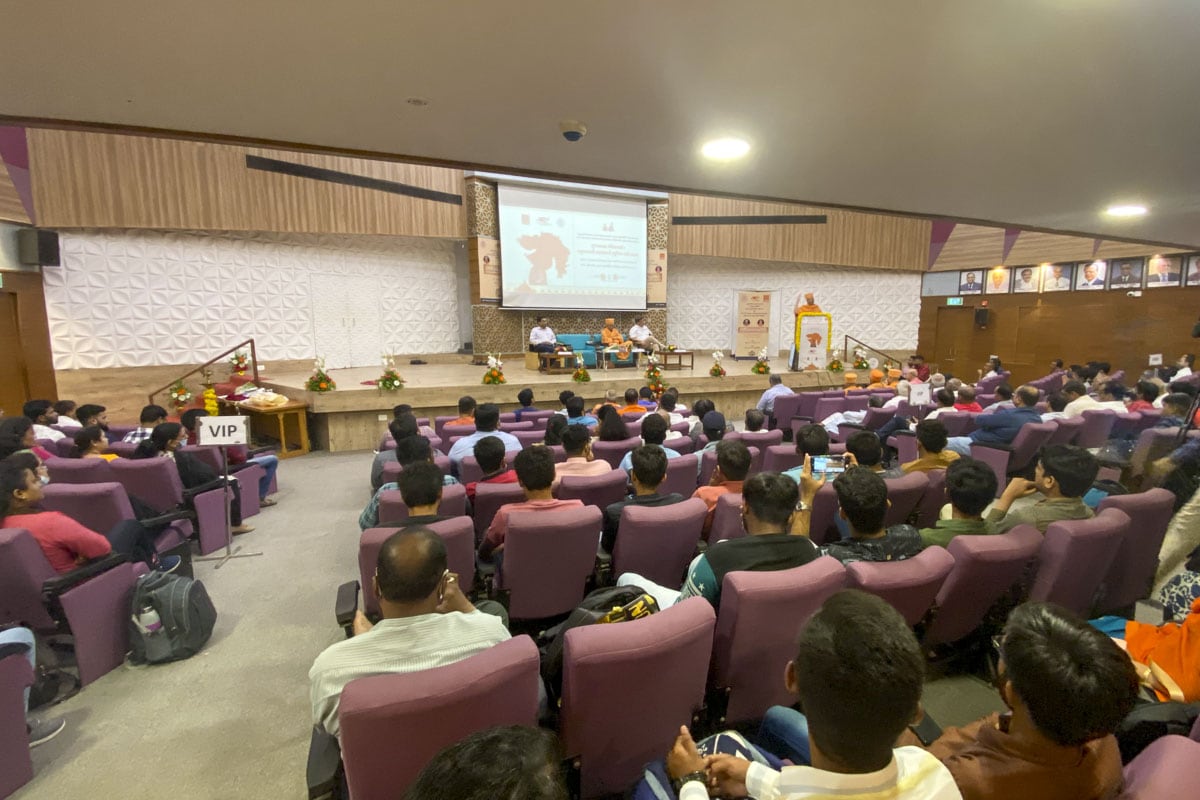 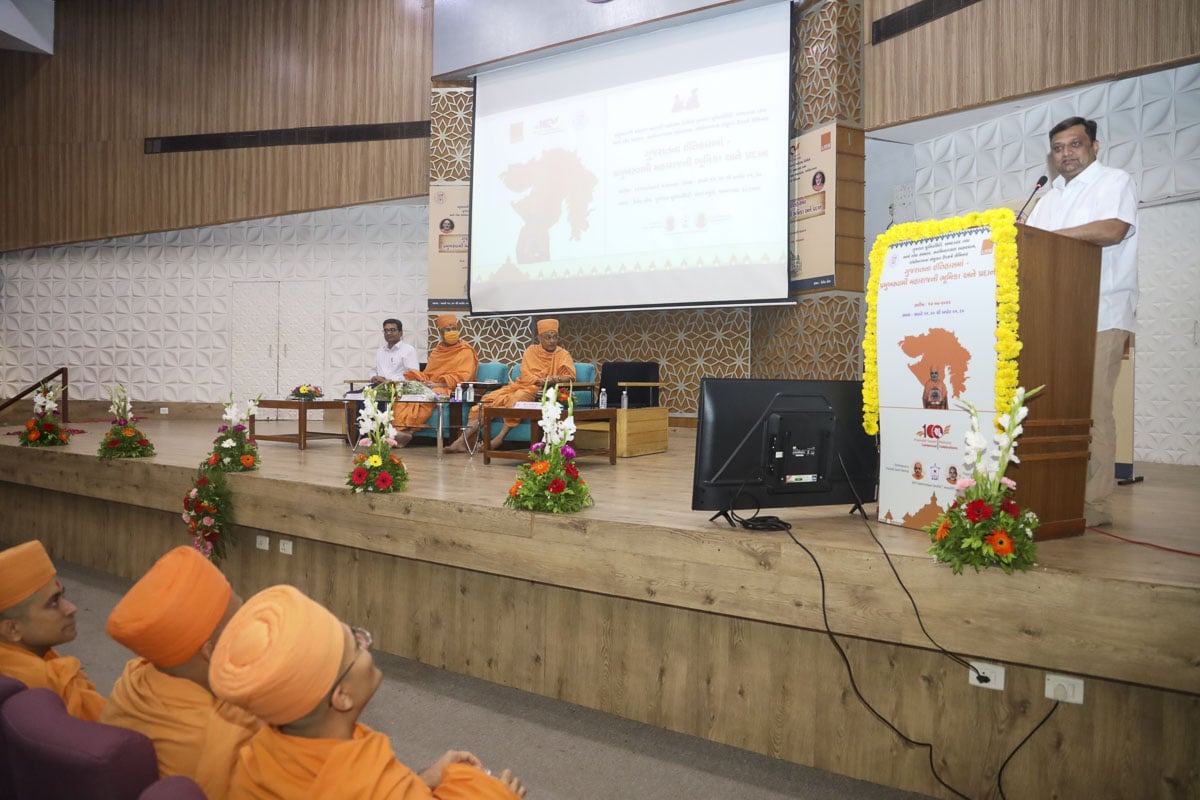