Under the auspices of the Brahmaswarup Pramukh Swami Maharaj centenary celebrations, Shri Somnath Sanskrit University in association with AARSH Research Institute, Gandhinagar, organized a seminar on the topic ‘Nurture of Sanatan Culture and Traditions by Pramukh Swami Maharaj’ at the Patanjal Yogabhavan Auditorium. The seminar highlighted Pramukh Swami Maharaj’s divine and mammoth endeavor of preserving and fostering Sanatan culture and traditions amidst the challenges and temptations of modern life.

Following inaugural prayers and the traditional lighting of the lamp, a video highlighting the works of Pramukh Swami Maharaj in the preservation of Sanatan culture and traditions was shown. Compere of the event, Dr. Atmatruptdas Swami from BAPS Sarangpur Mandir, welcomed the speakers and dignitaries.

In his speech, Prof. Bhadreshdas Swami highlighted that as a part of the centenary celebrations, 72,000 male and female volunteers of the BAPS Sanstha visited around 24 lakh homes and met 60 lakh people to spread Pramukh Swami Maharaj’s divine message of family peace and unity. Further, he added that the Sanskrit language is vital in nurturing and safeguarding Sanatan traditions, culture and values and that Shri Somnath Sanskrit University has played a key role in promoting the Sanskrit language. BAPS Sanstha has published numerous shastras and texts in Sanskrit. Pramukh Swami Maharaj built more than 1,100 beautiful mandirs that nurture our traditions. Bhadreshdas Swami thus highlighted that the pillars of Sanatan Dharma are Shastras, Mandirs and Sants. 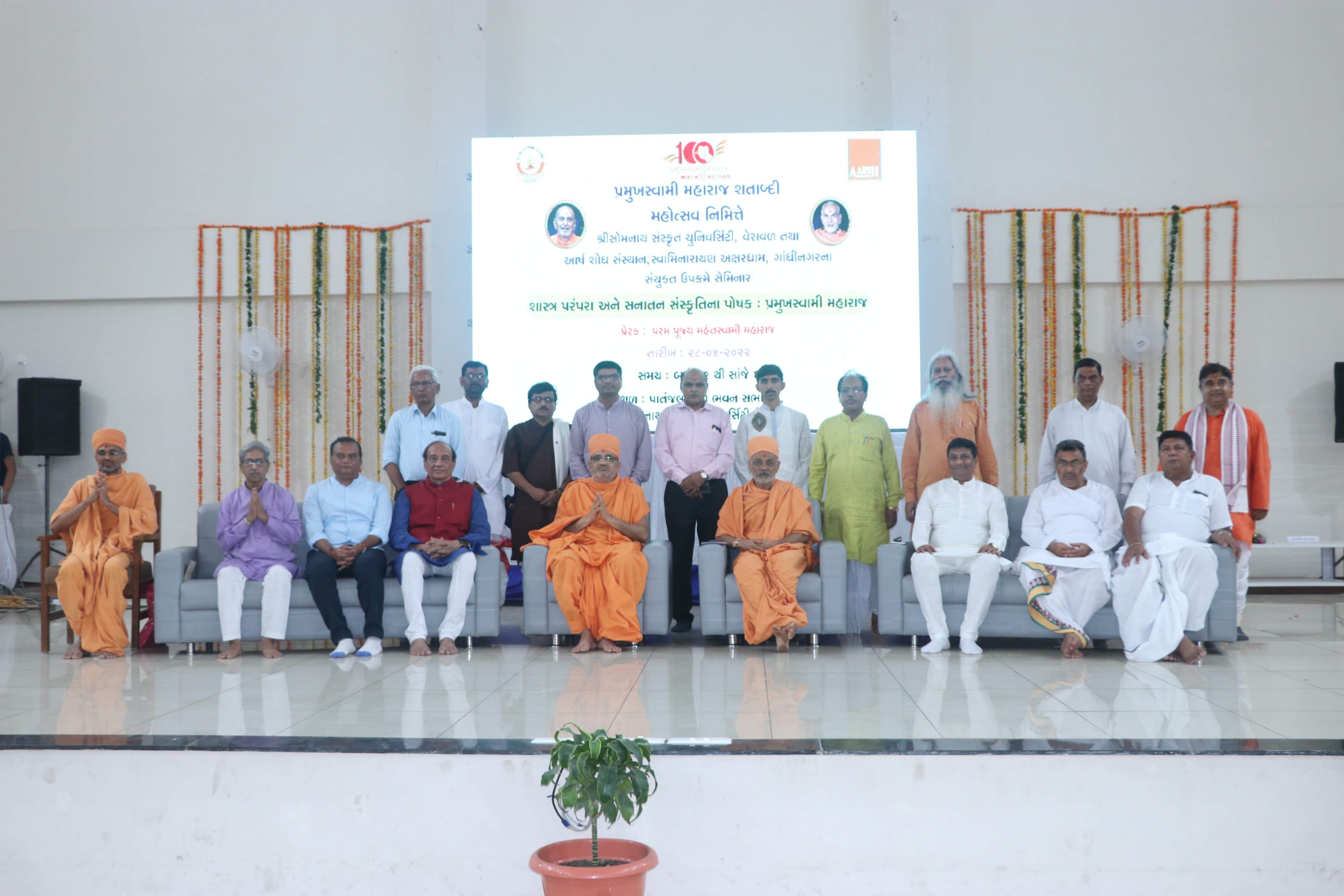 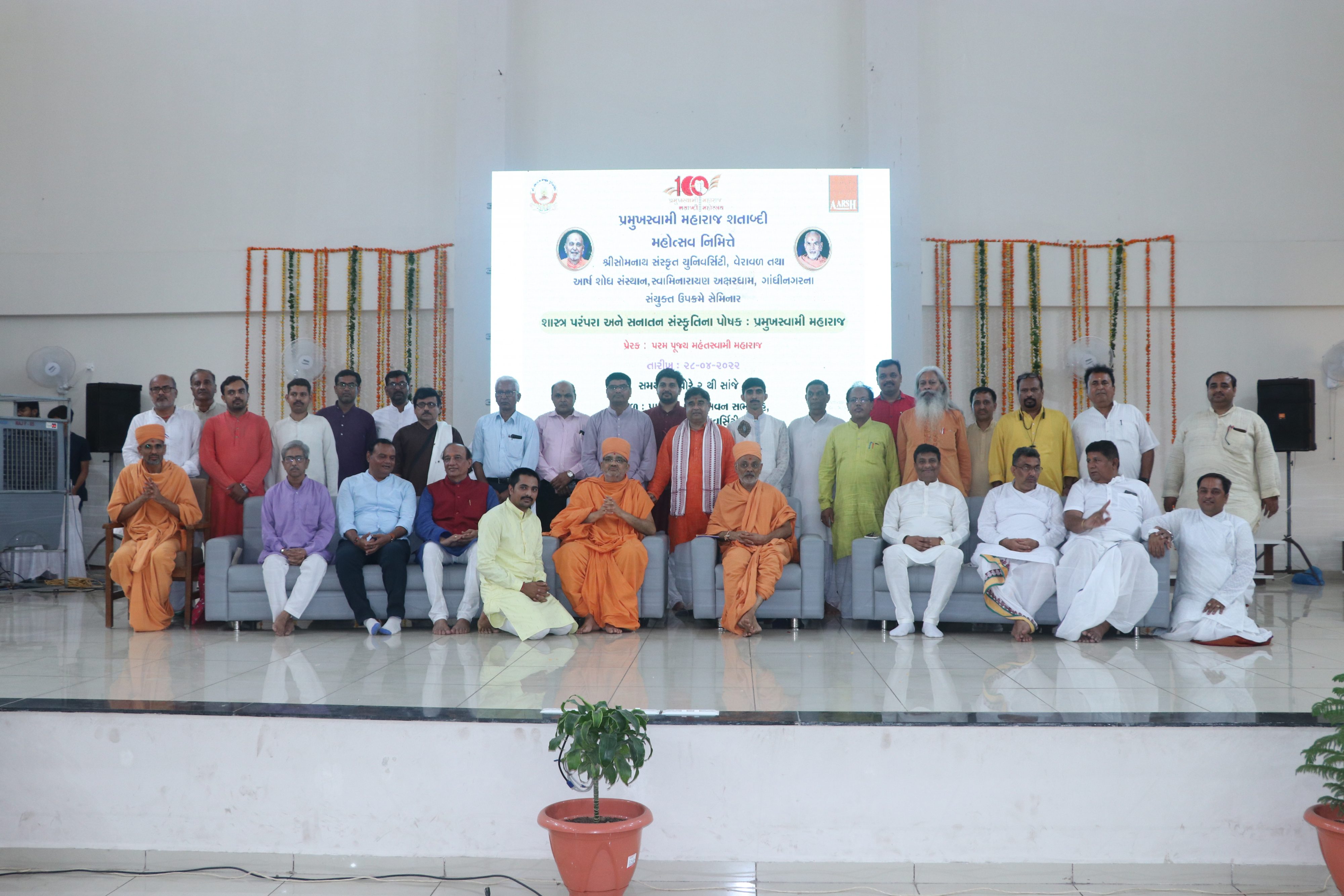 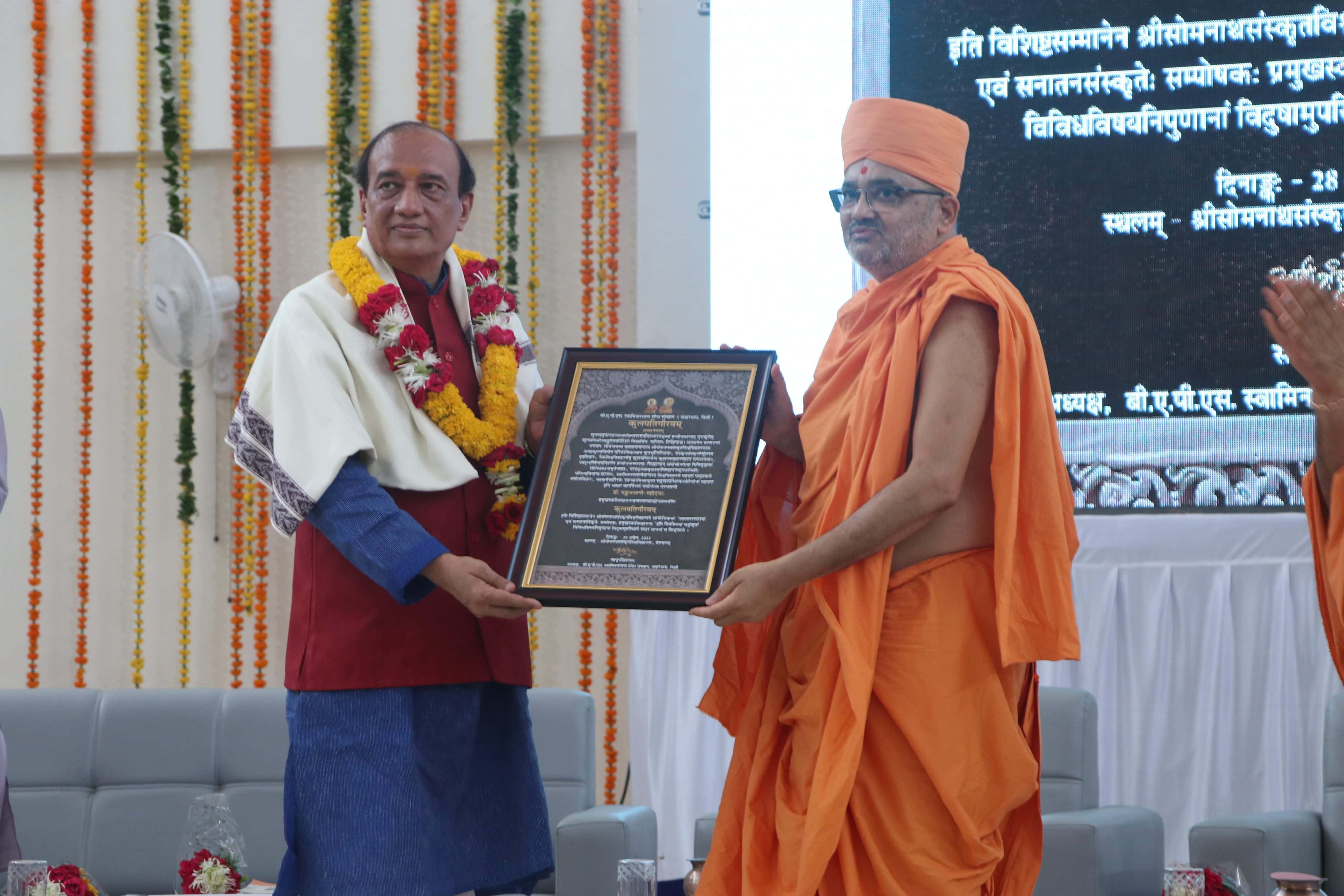 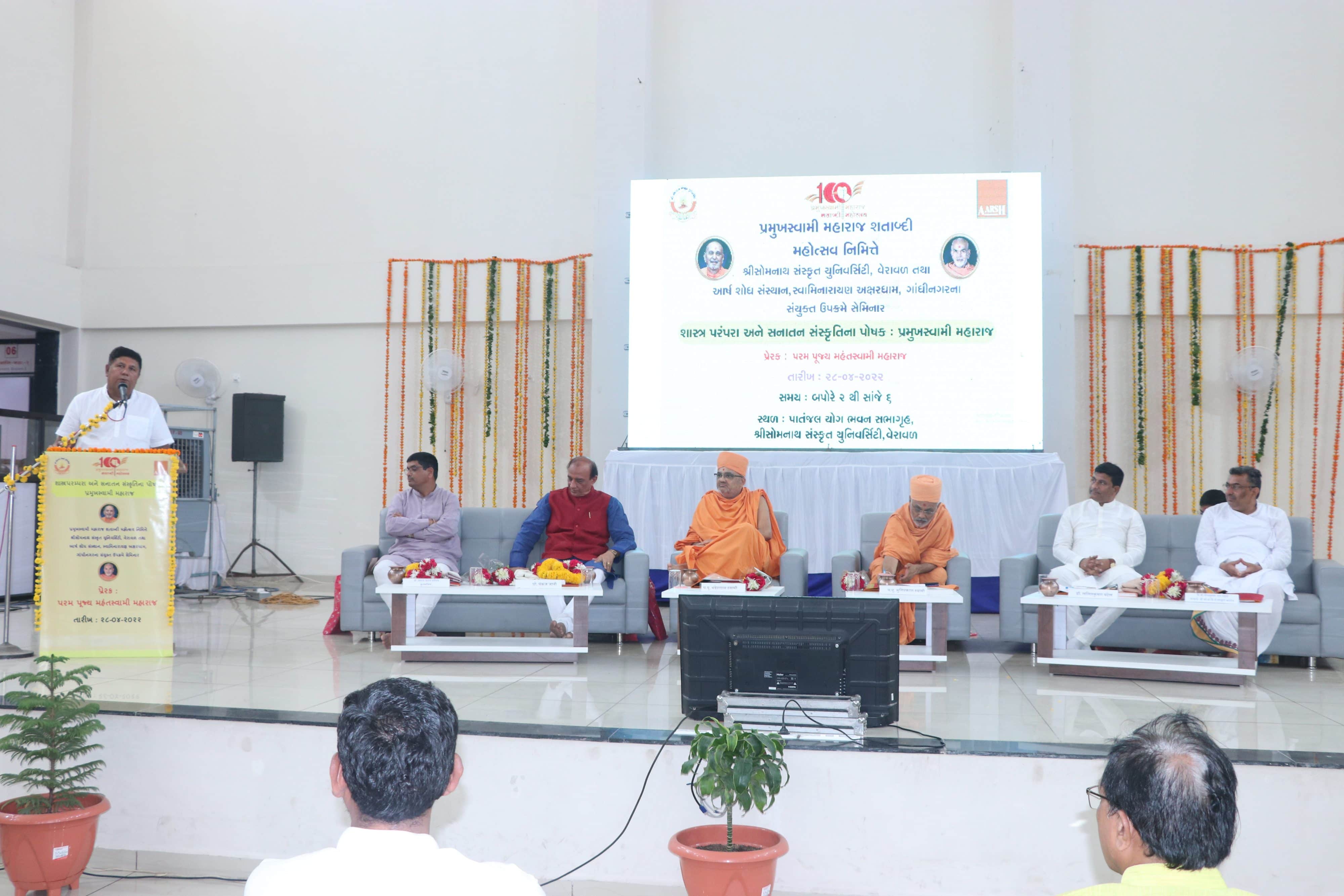 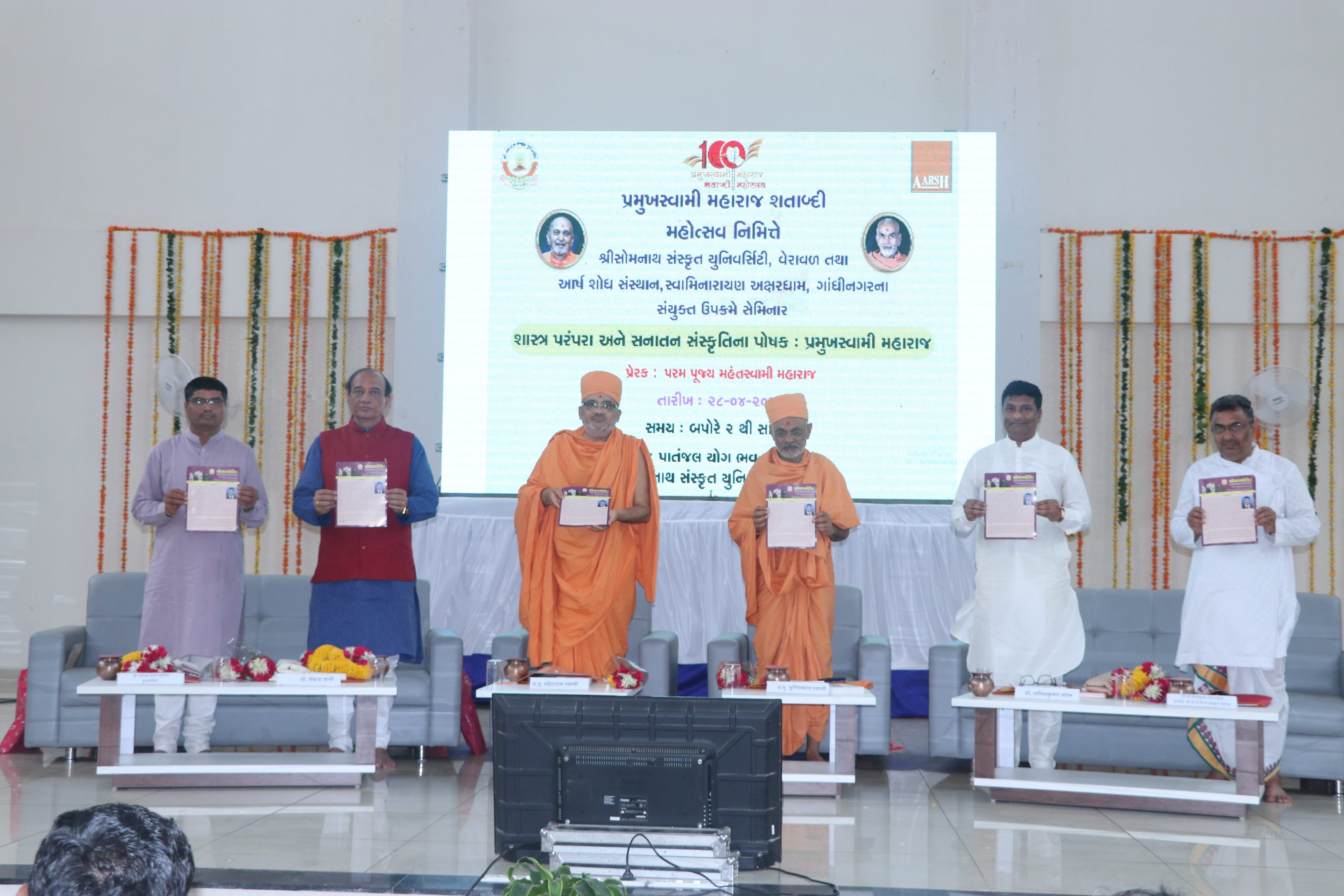 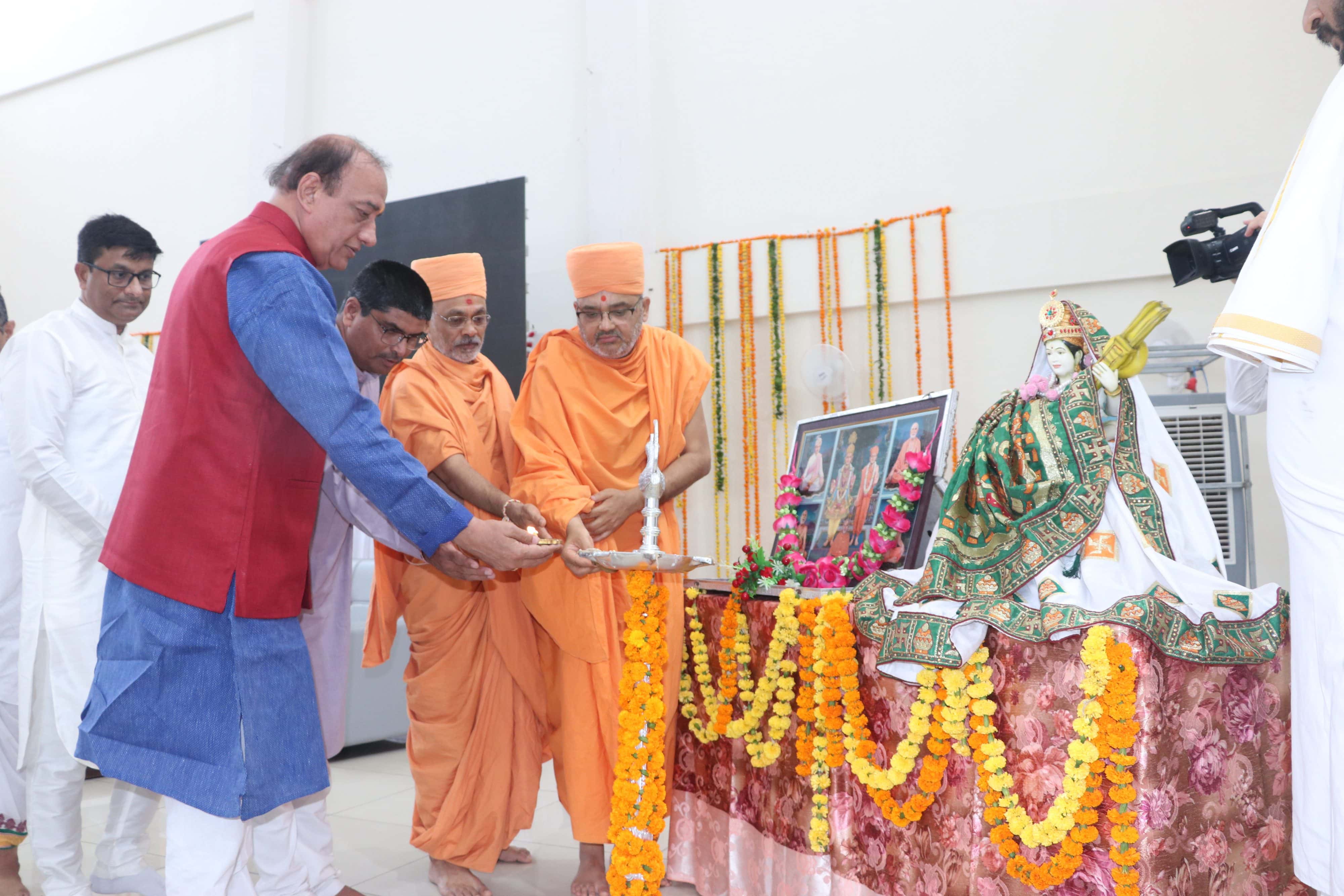 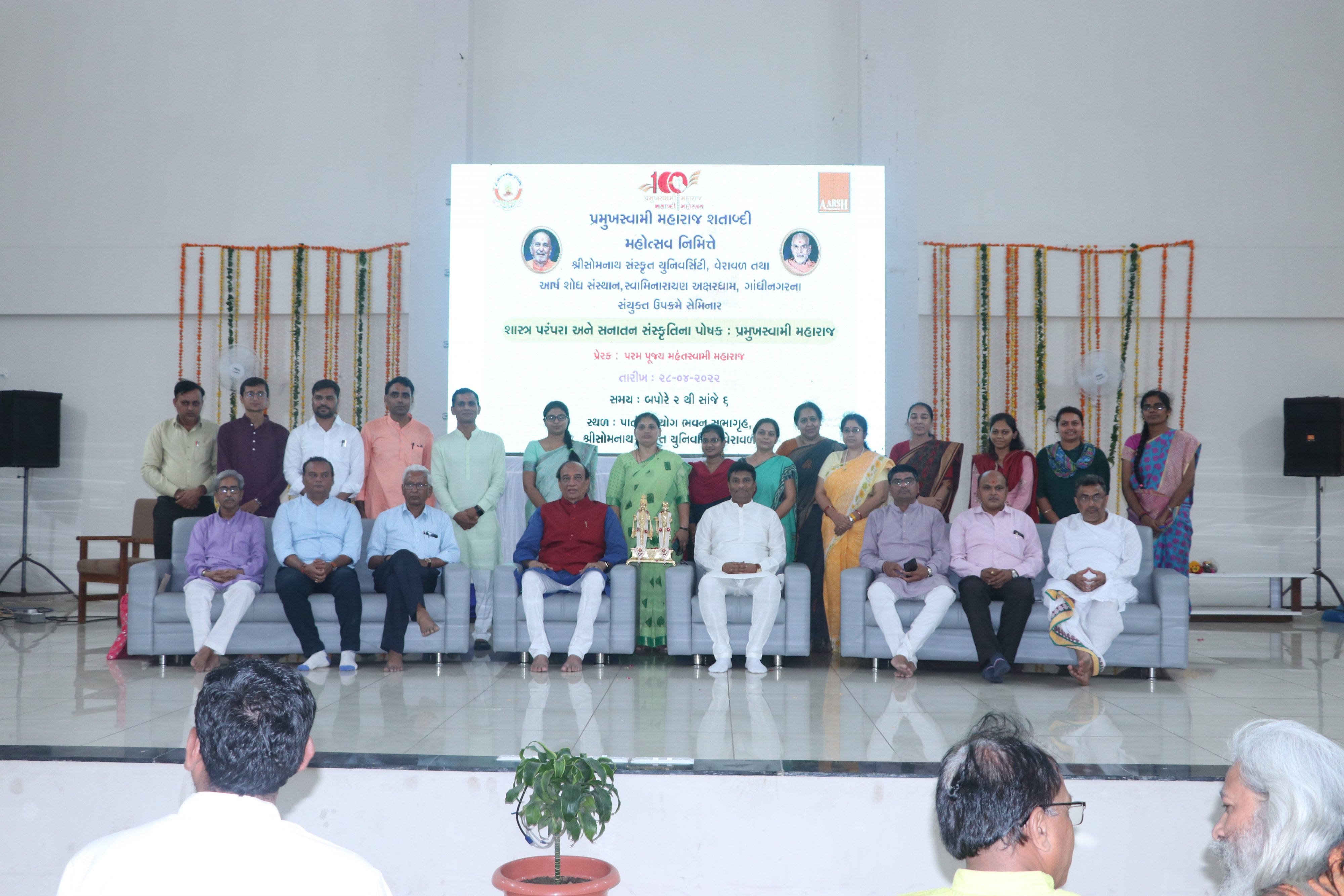 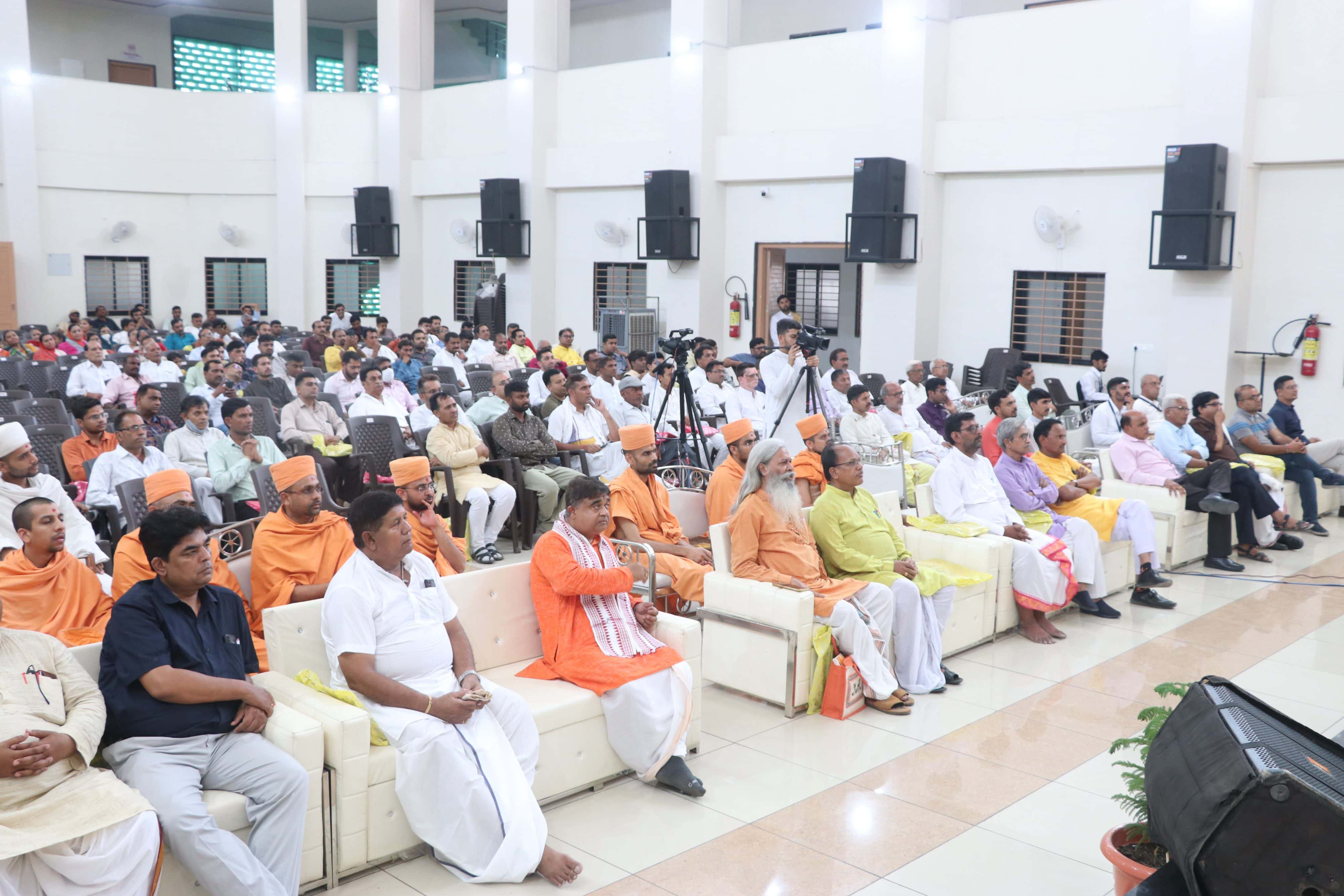