Seminar on ‘Fusing Creativity, Spirituality and Technology: From the life of Pramukh Swami Maharaj’

Under the auspices of the Brahmaswarup Pramukh Swami Maharaj Centenary Celebrations, Gujarat Technological University (GTU), Ahmedabad, in association with AARSH Research Institute, Swaminarayan Akshardham, Gandhinagar, organized a seminar on the topic ‘Fusing Creativity, Spirituality and Technology: From the life of Pramukh Swami Maharaj’ in the GTU conference hall.

The seminar highlighted Pramukh Swami Maharaj’s unique service of imparting the ancient and profound knowledge of the Upanishads and other Indian shastras to the young generation through the medium of modern technology.

The seminar was chaired by Chancellor of the Gujarat Technological University, Prof. Navinbhai Sheth.

In his speech, Shri Kalpeshbhai Bhatt, Assistant Professor in Asian Religions at the University of Mary Washington, highlighted that Pramukh Swami Maharaj made effective use of modern technology to infuse spirituality in the younger generations. It was Pramukh Swami Maharaj’s belief that technology, if used prudently, could be advantageous. He employed modern engineering sciences in the construction of the Swaminarayan Akshardhams in Gandhinagar and Delhi. Eminent personalities all over the world who have visited Swaminarayan Akshardham in Delhi have commended Pramukh Swami Maharaj’s visionary work.

He further spoke about the special aspects of the ‘Mystic India’ large format film, whose shooting was completed in a mere 13 weeks with the help of modern technology. He also mentioned details about the remarkable ‘Sahaj Anand Water Show’ in Swaminarayan Akshardham, Gandhinagar, which beautifully depicts the story of Nachiketa from the Kathopanishad. Thus, Pramukh Swami Maharaj harmoniously worked with all and skillfully used modern technology for the spiritual upliftment of society.

Other dignitaries present included Registrar of the Gujarat Technological University, Dr. K.N. Kher, and Sandeepbhai Modi.
The seminar was broadcast live on the university’s website. 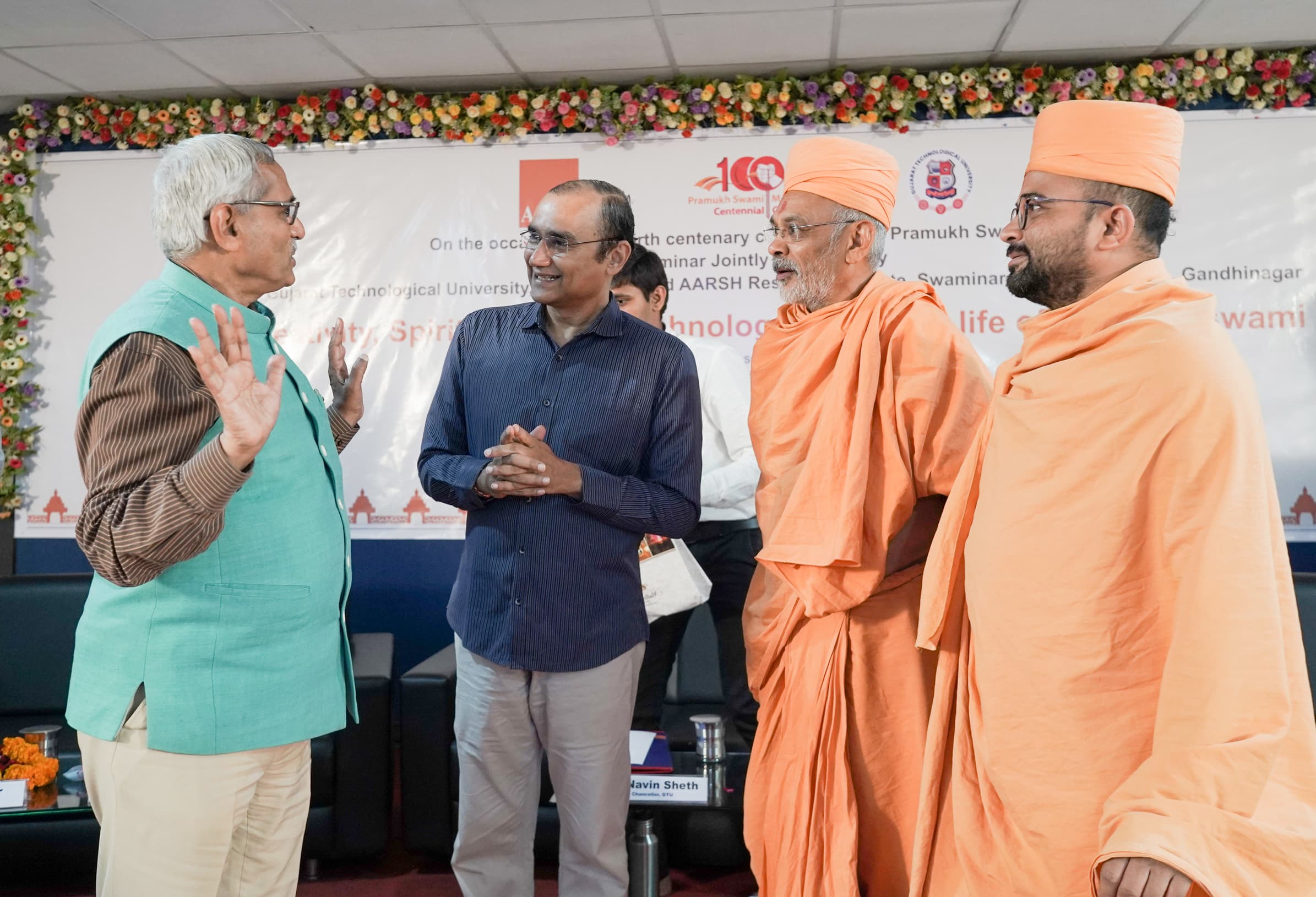 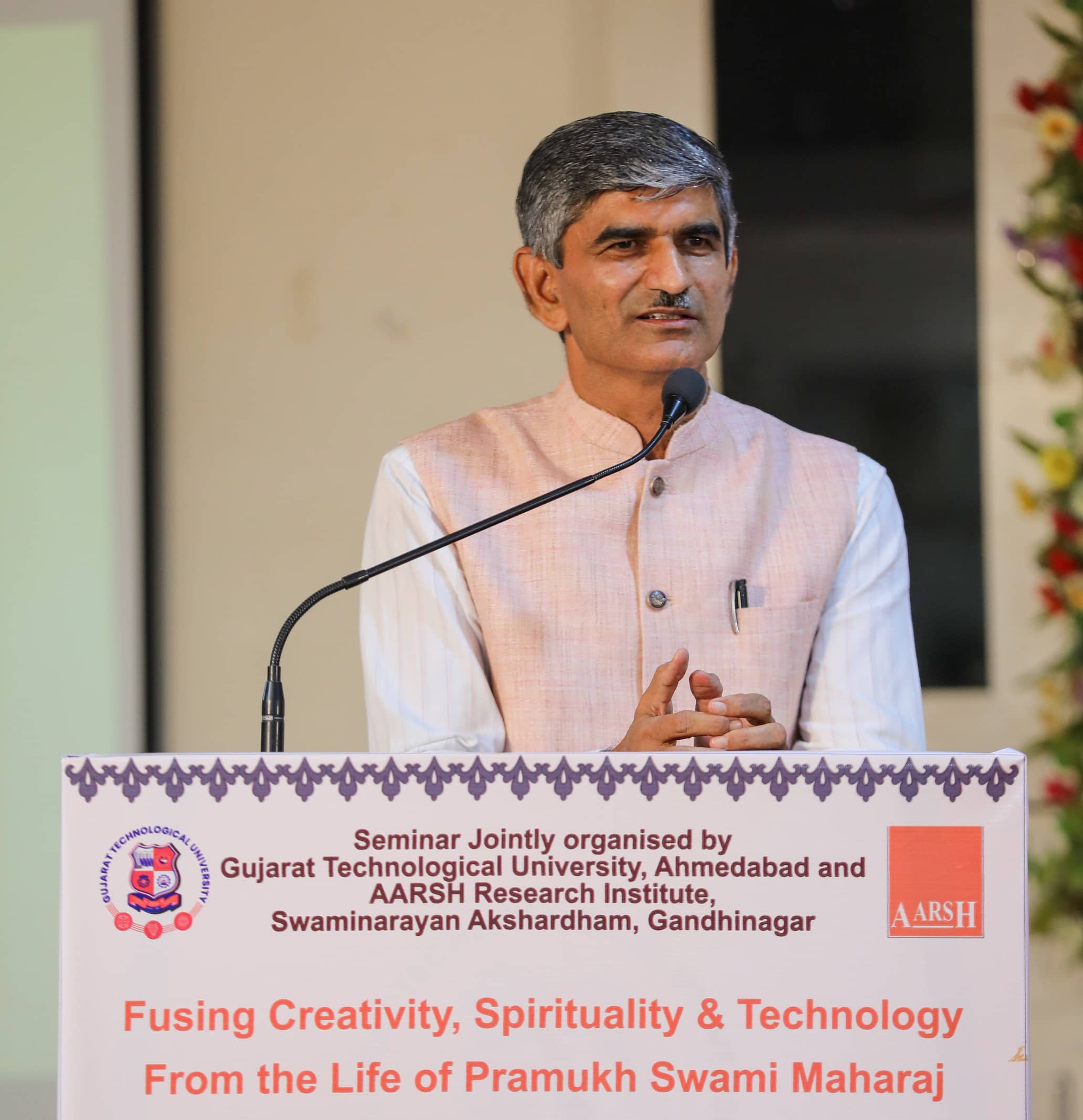 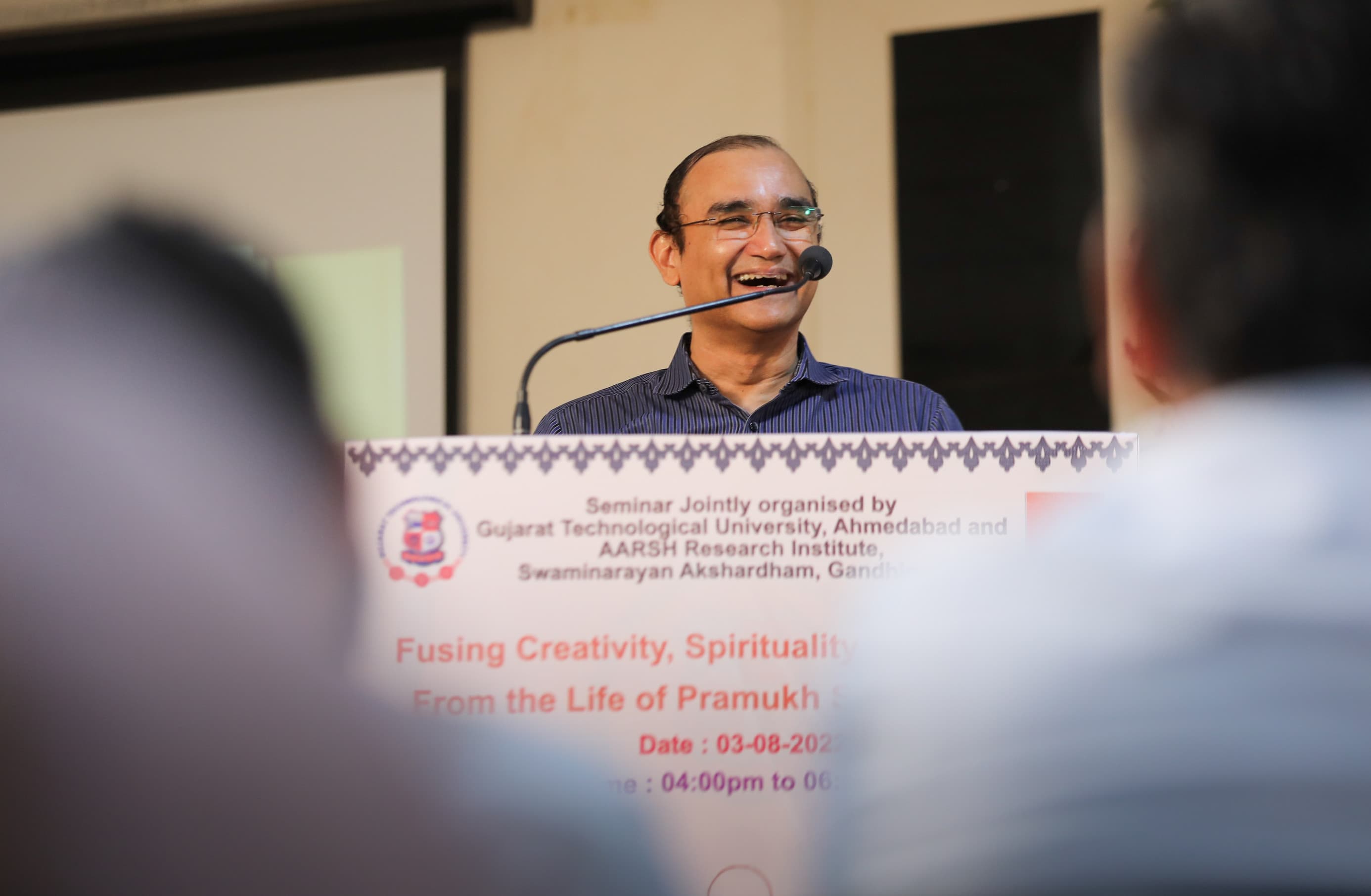 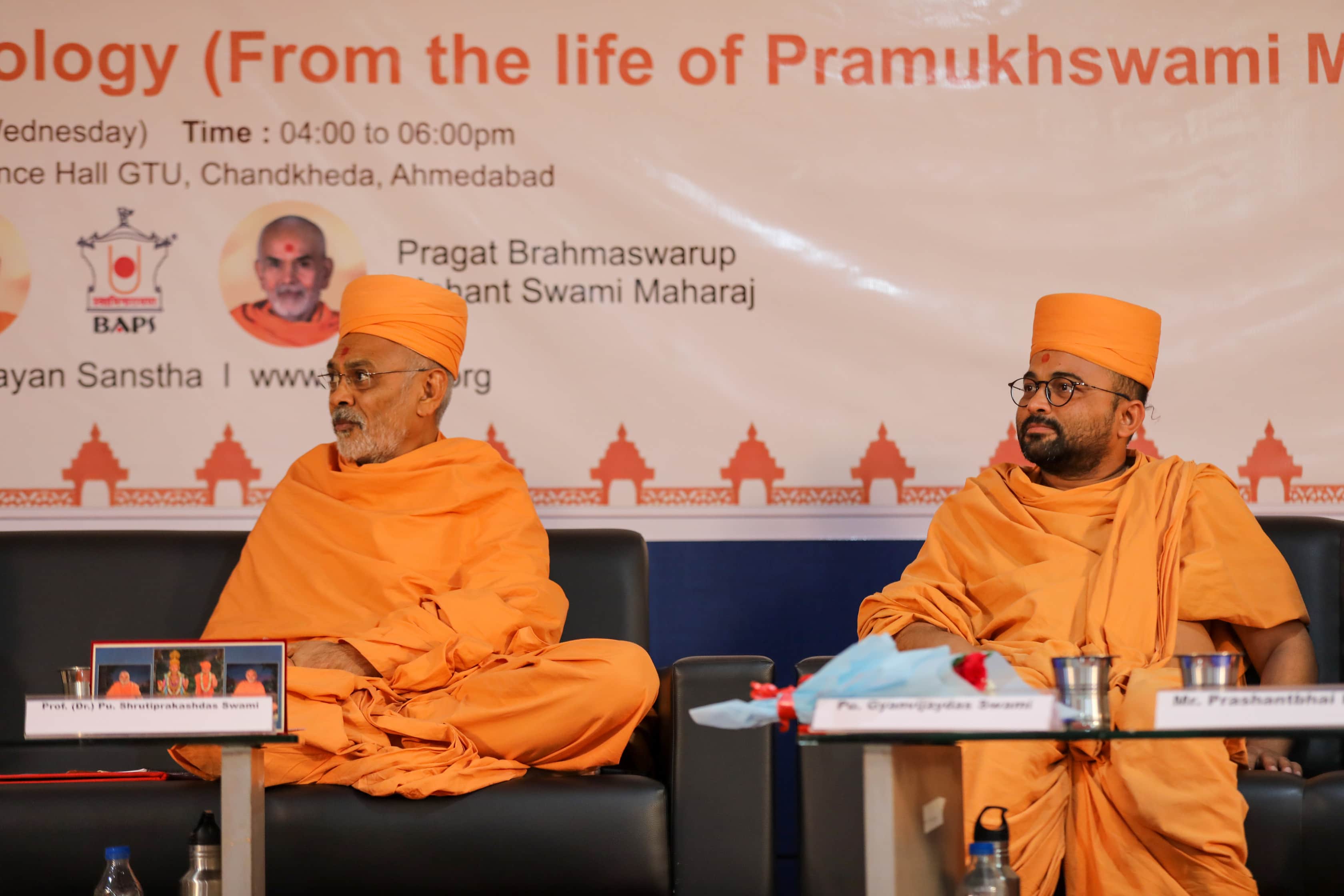 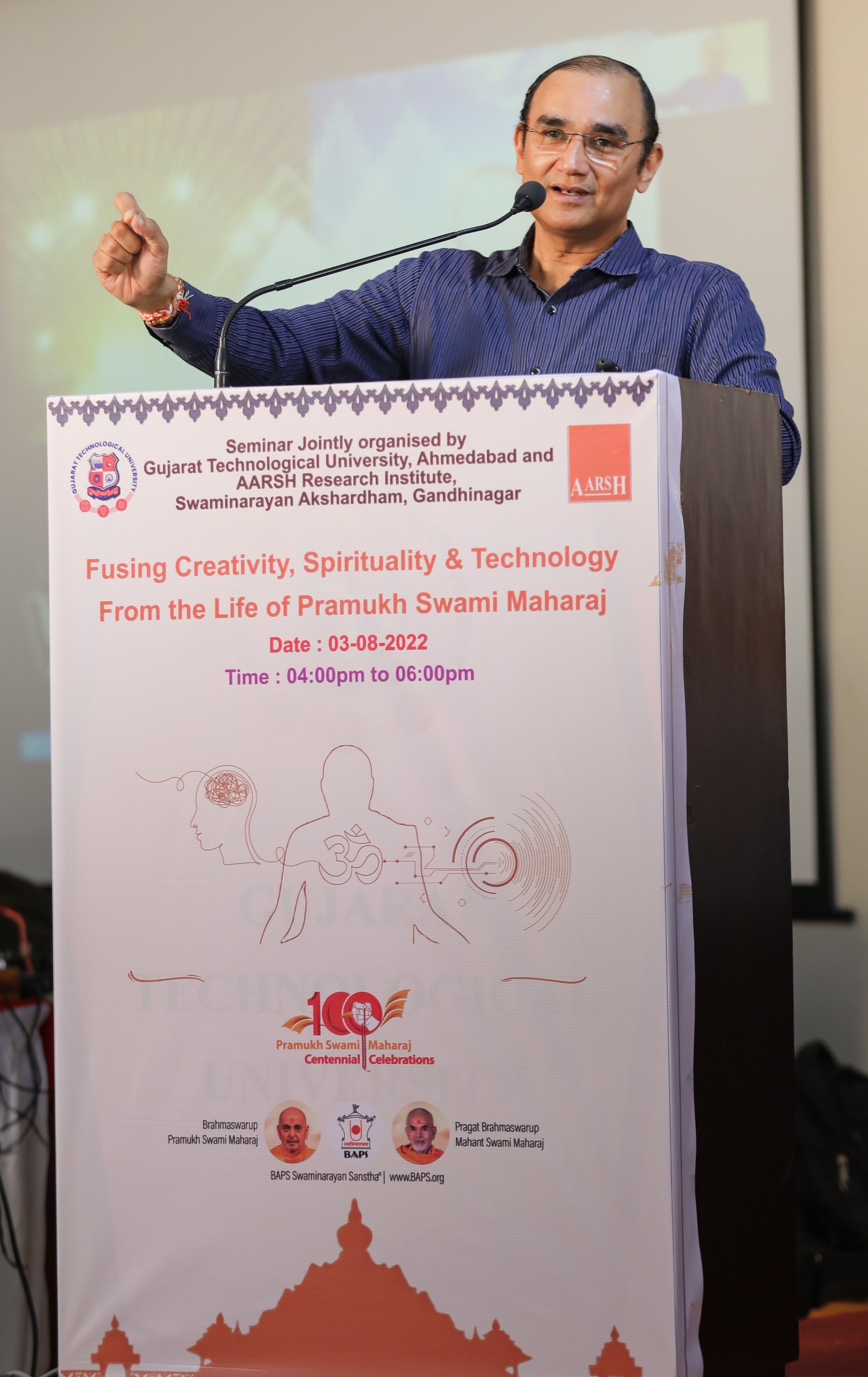 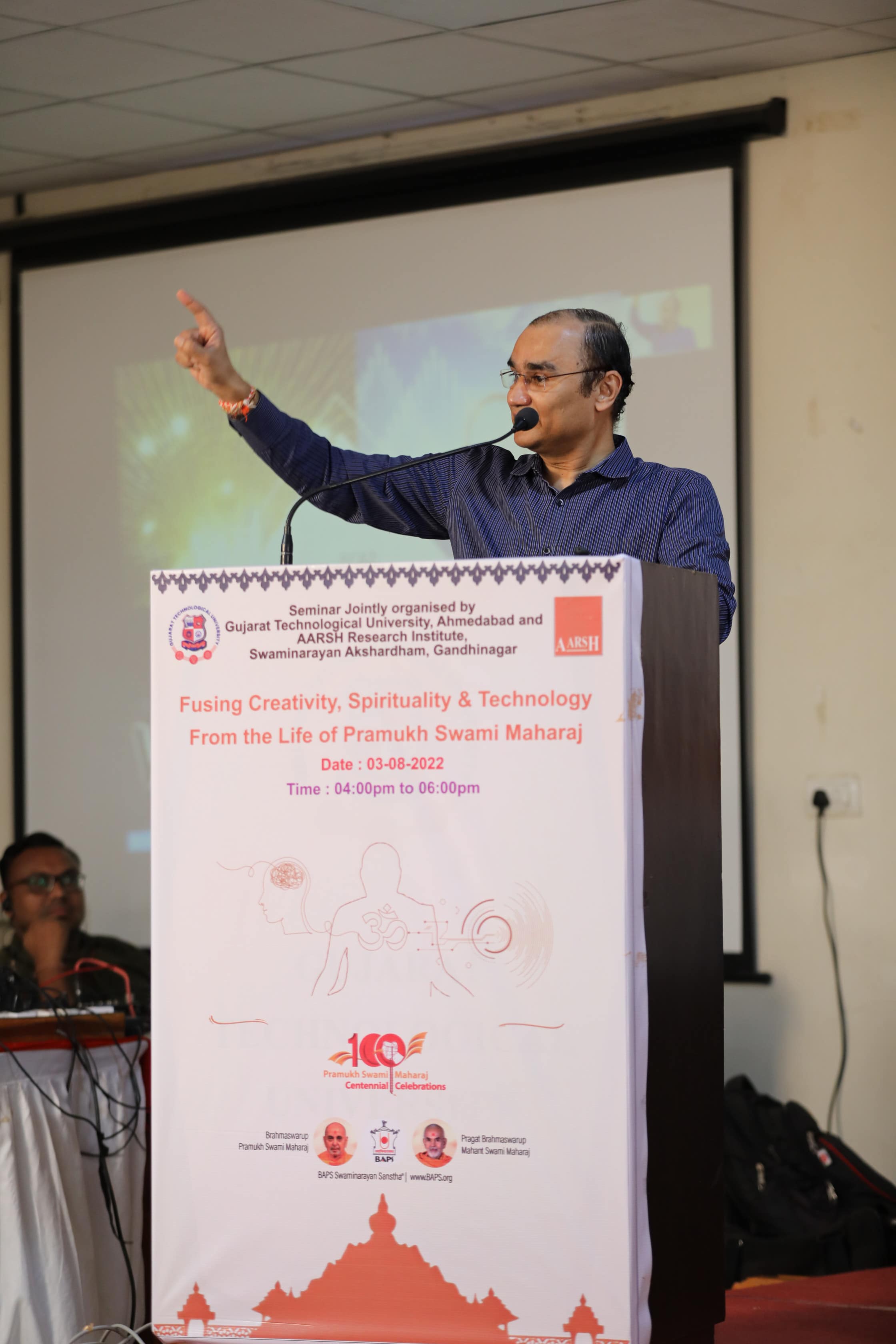 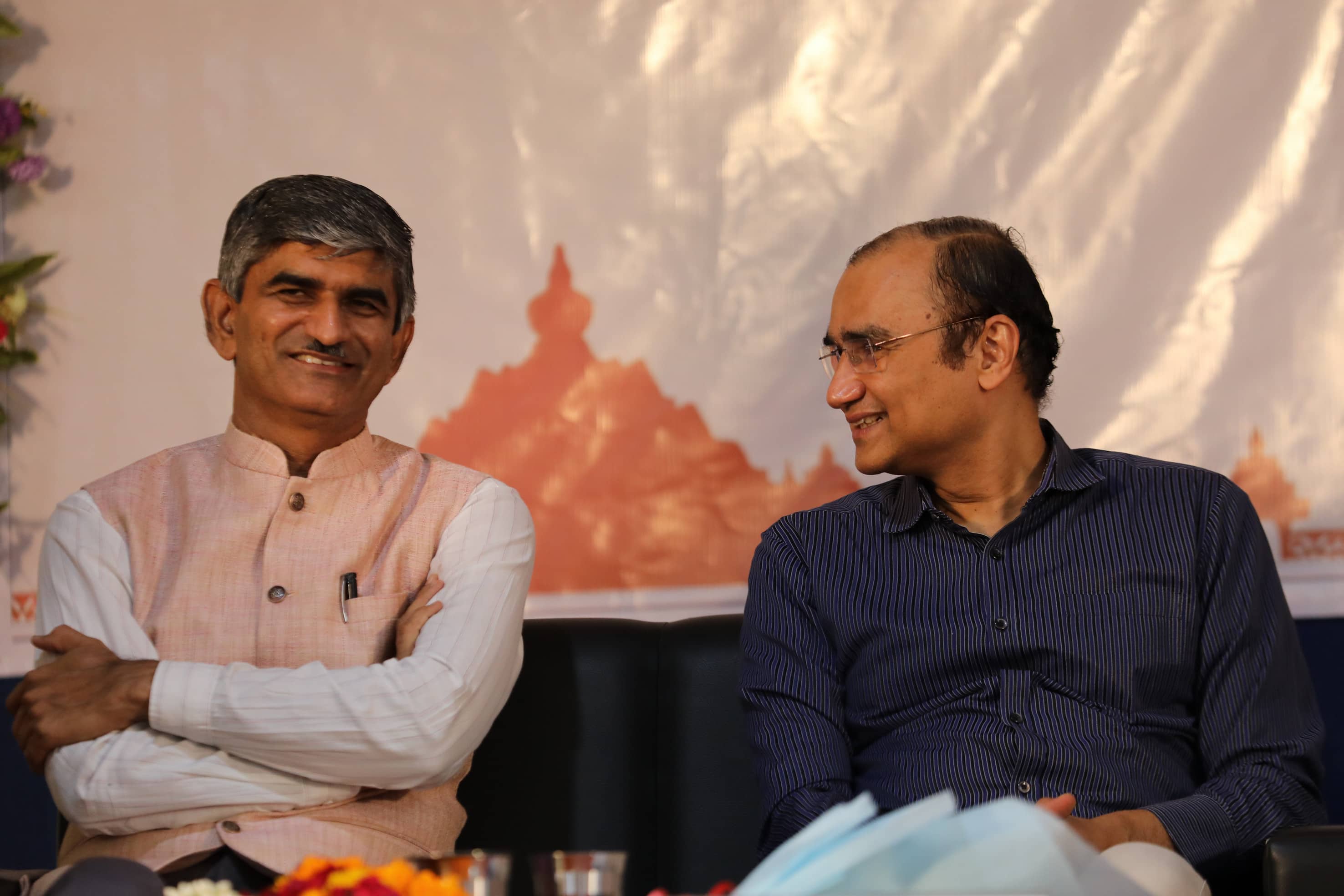 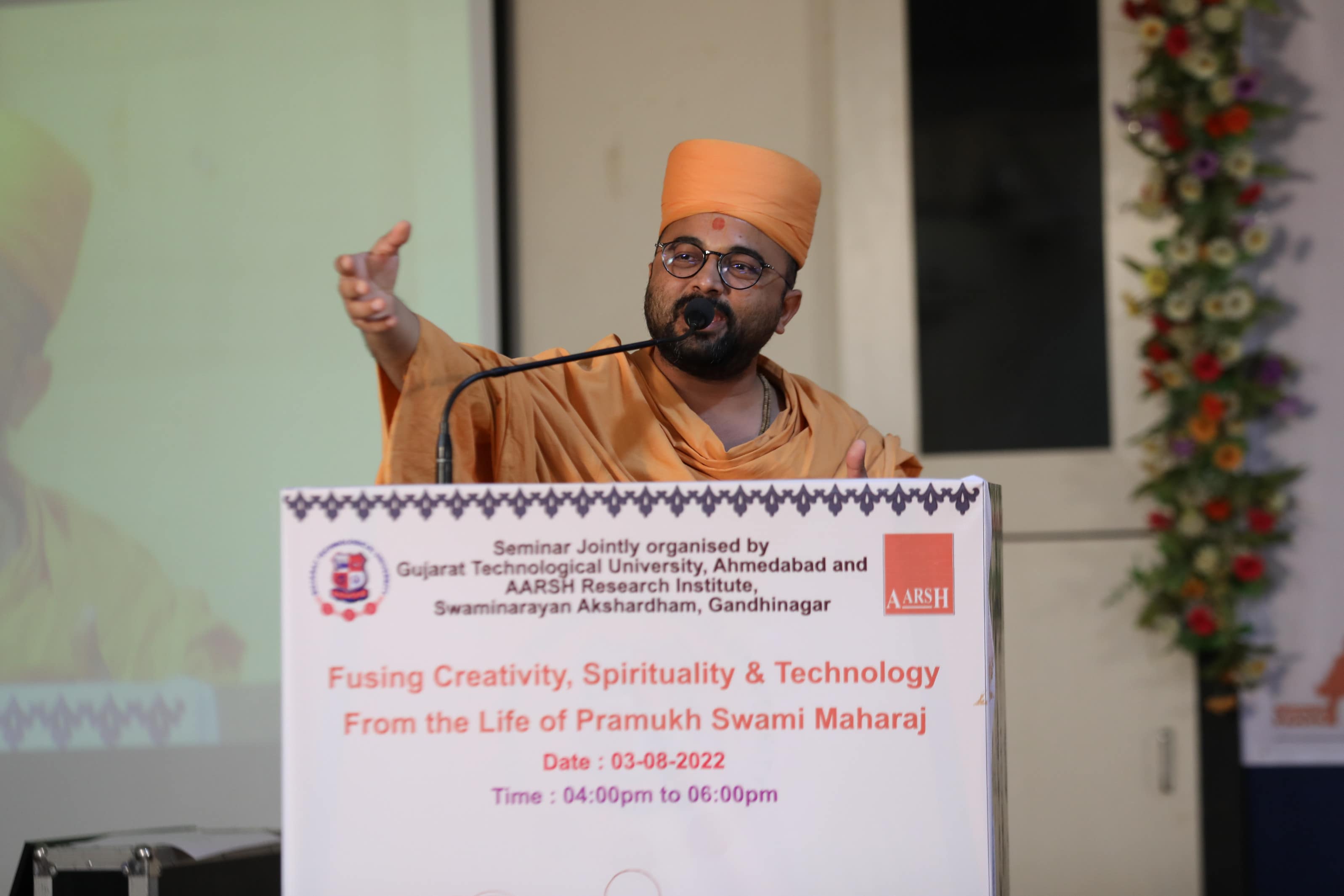 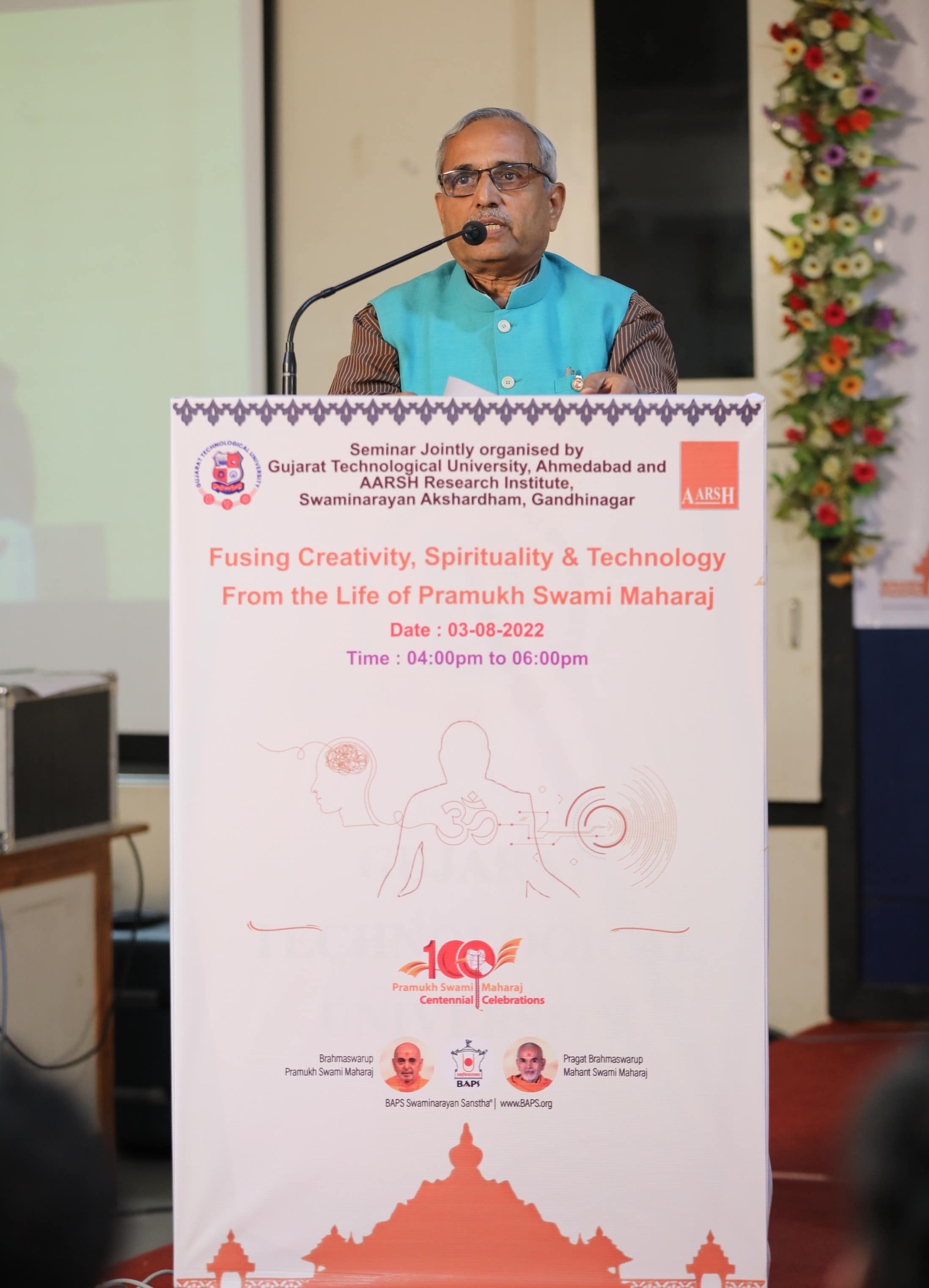 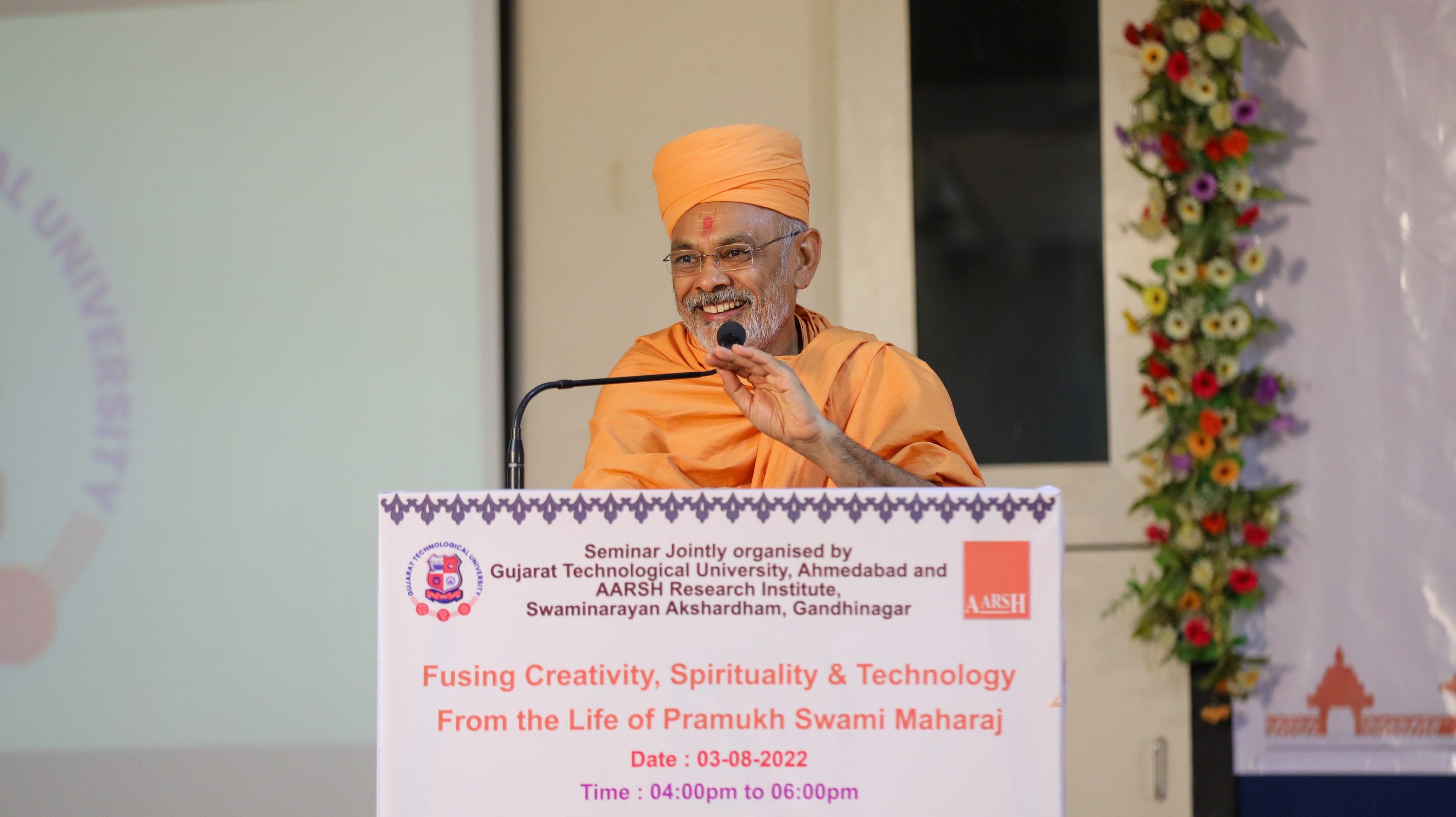 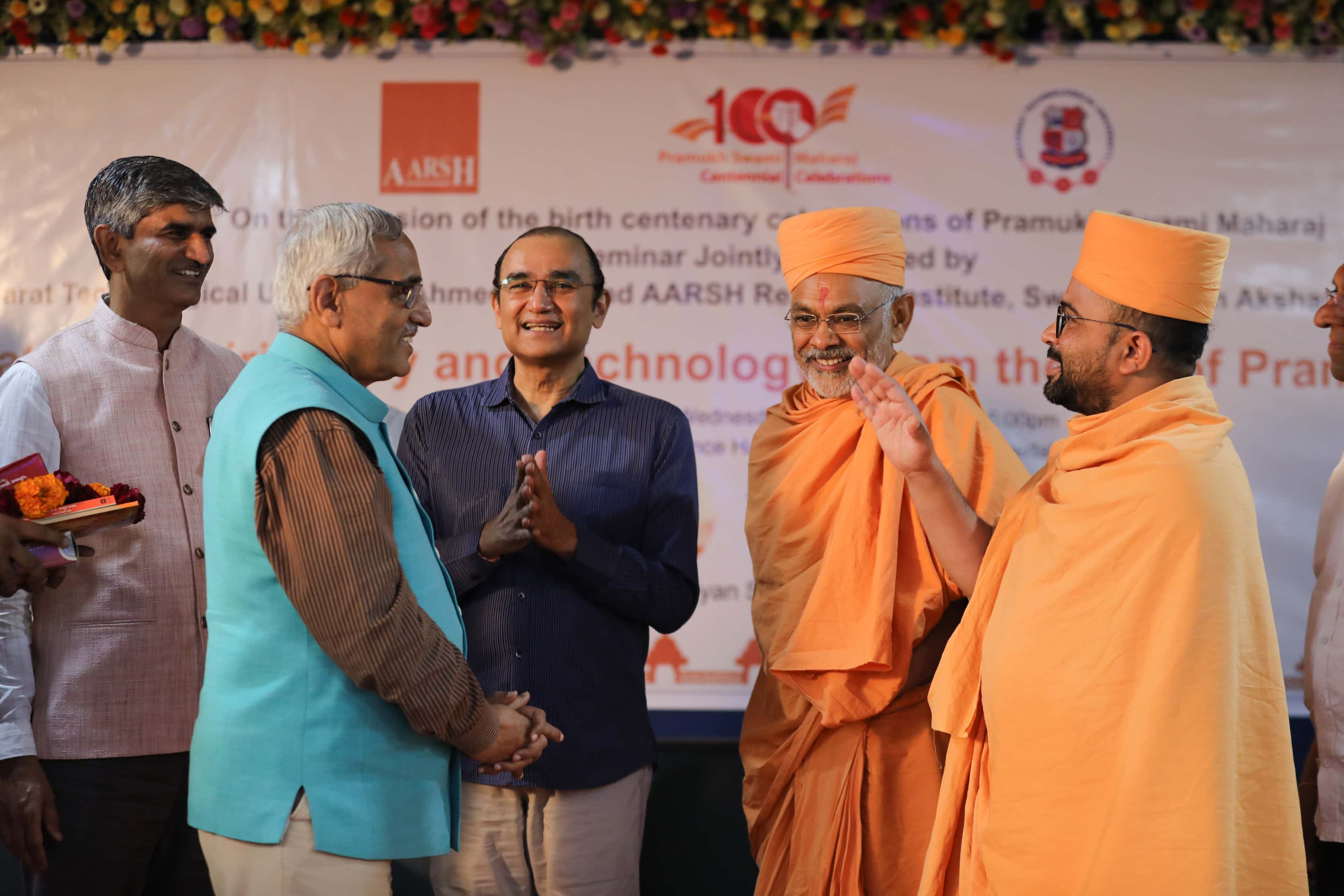 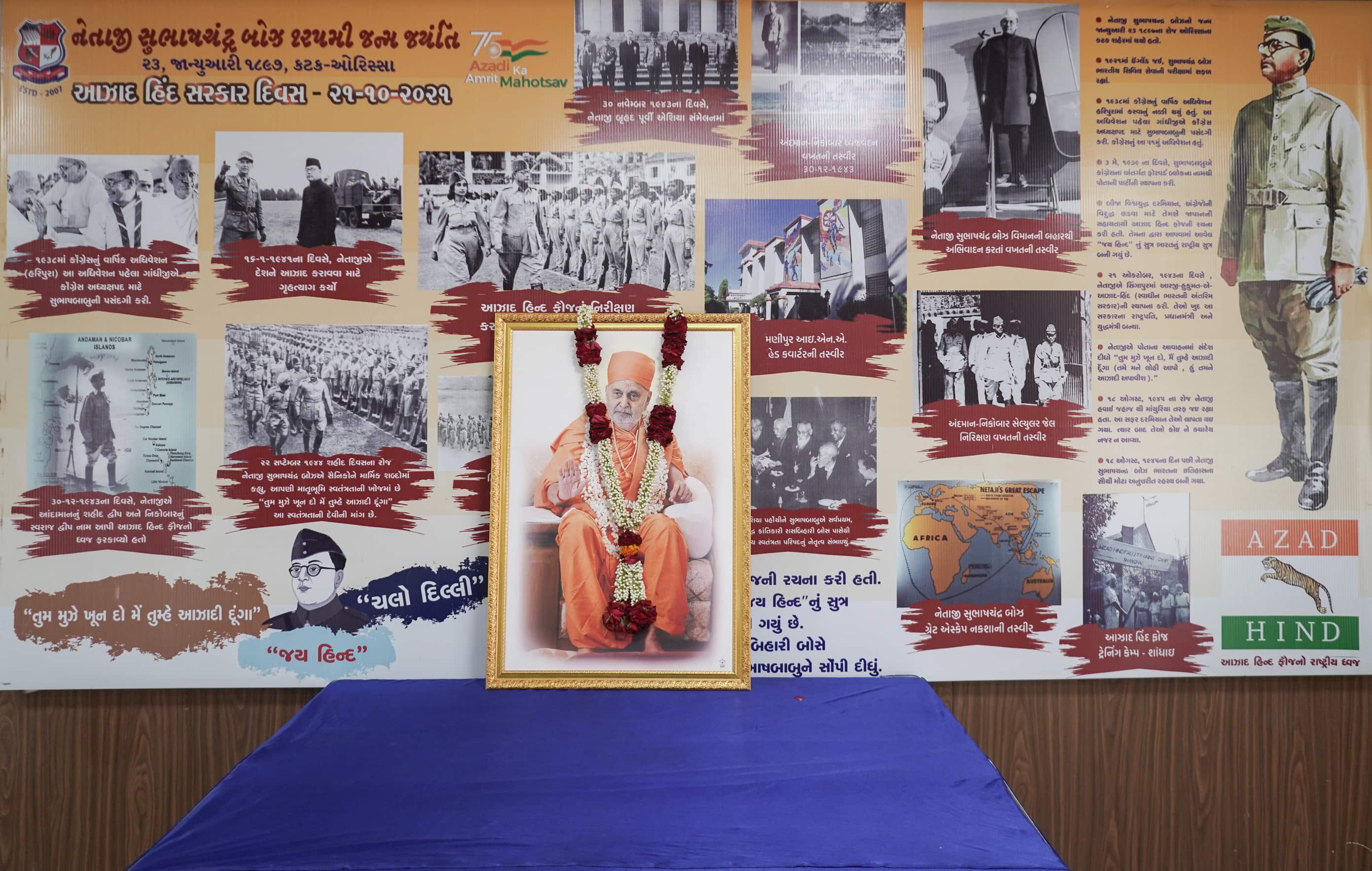 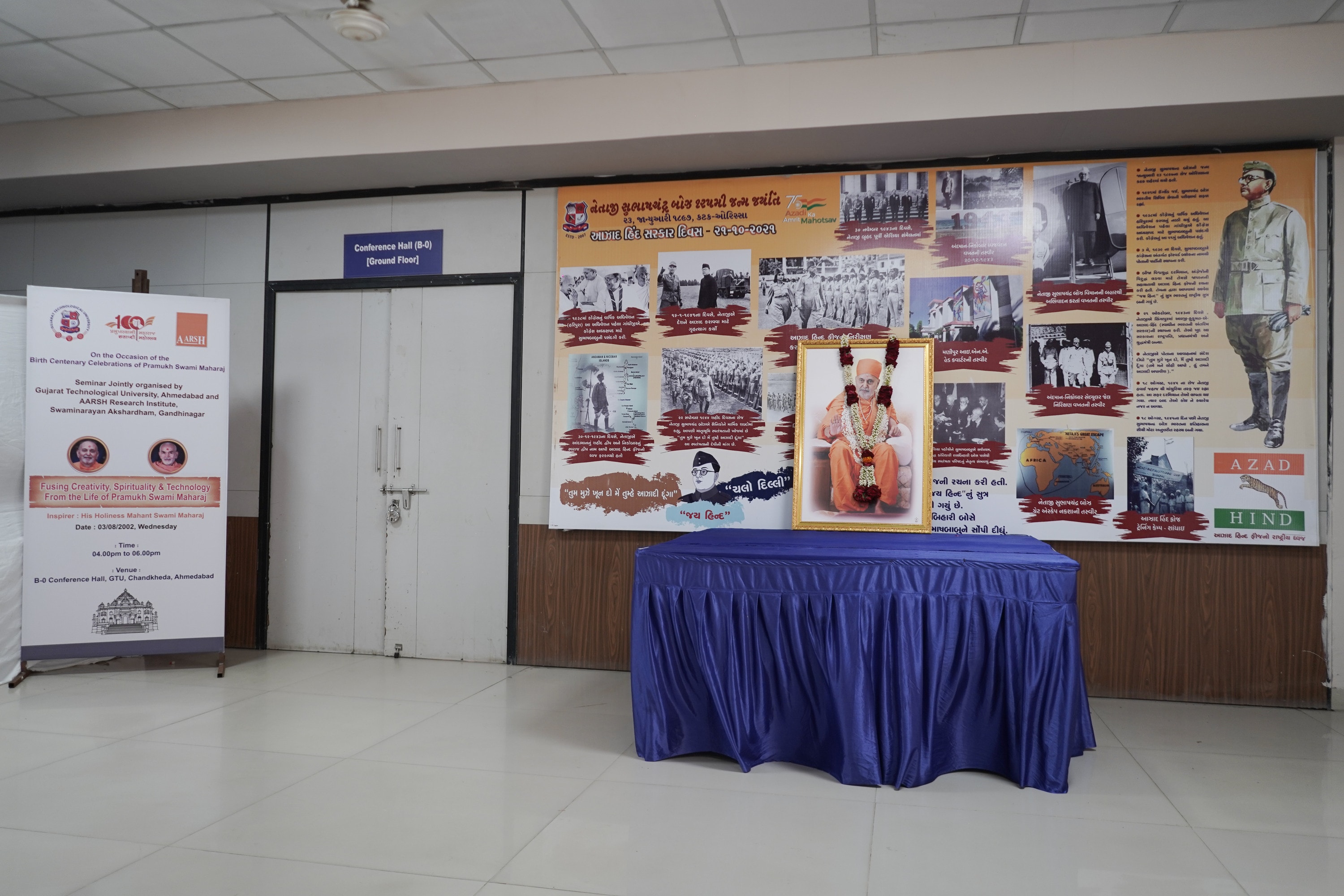 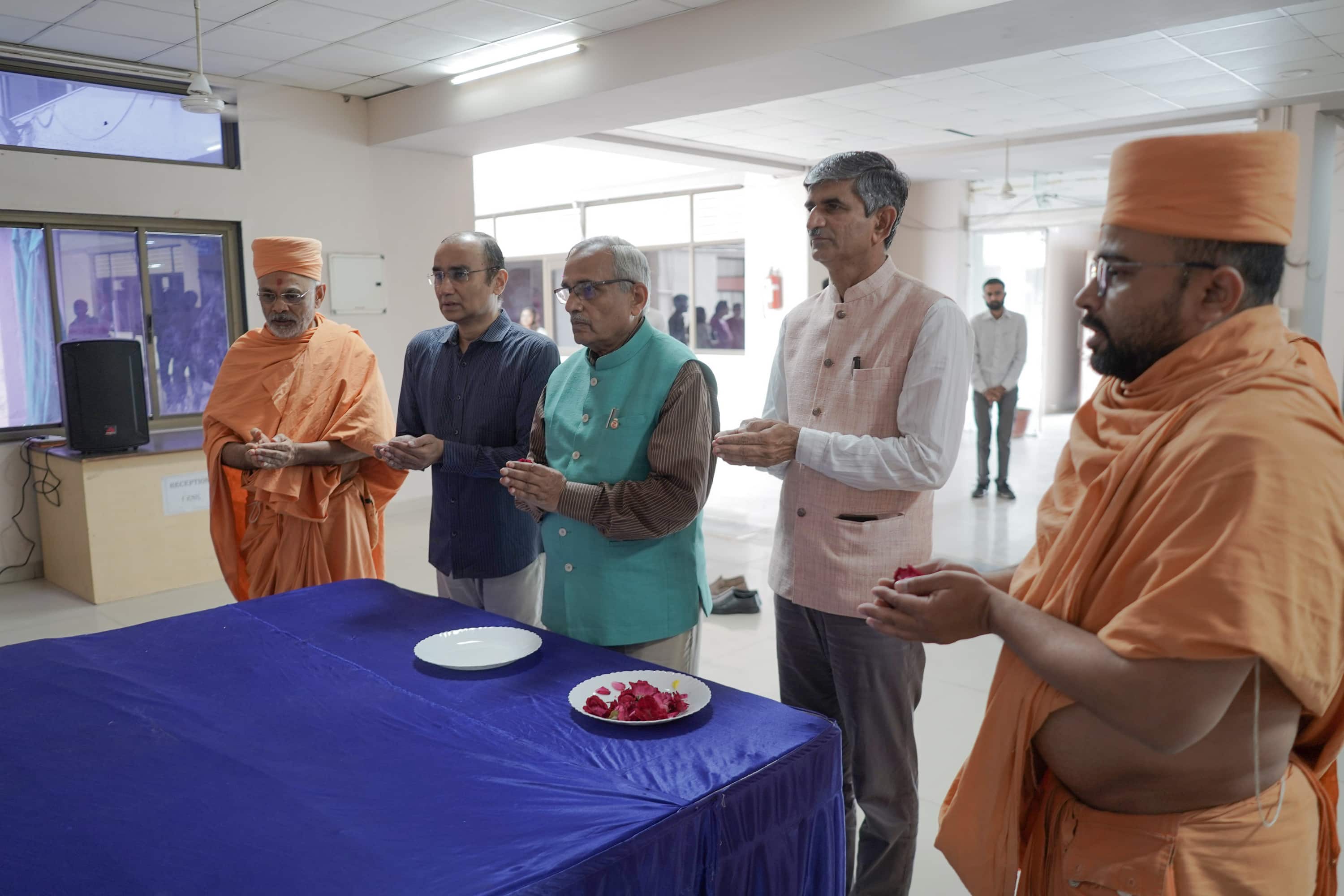 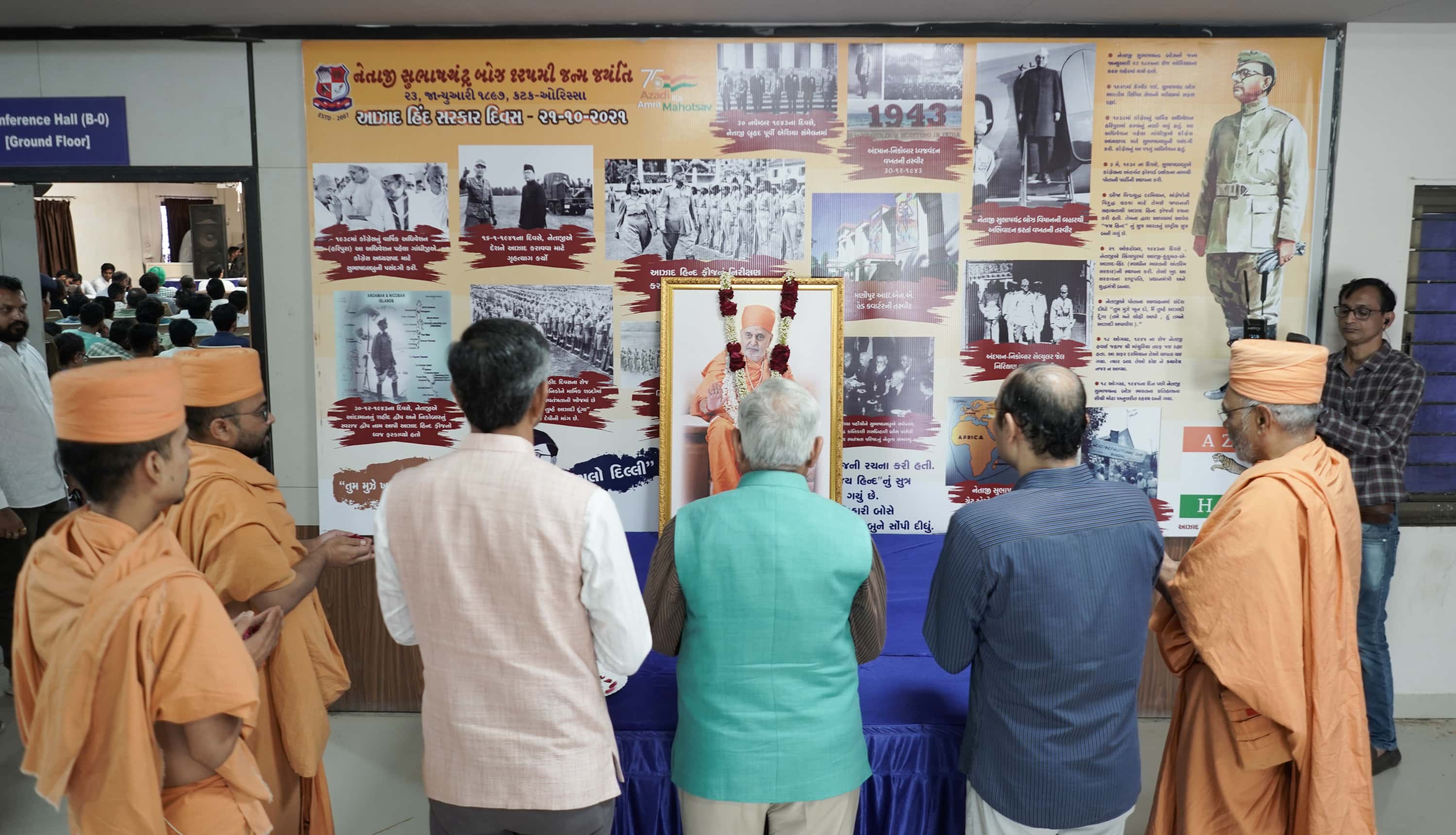