A three-day international academic conference on the theme of ‘Realising Global Peace: The Role and Impact of Hindu Teachings’ was hosted at BAPS Shri Swaminarayan Mandir, London from Tuesday 24 June to Thursday 26 June 2014.

The conference aimed to elucidate the role of peace within Hinduism and how Hindu teachings can positively contribute to not just academic scholarship but to humanity at large.

It was jointly organised by Akhil Bhartiya Darshan Parishad (the All-India Philosophy Association), BAPS Swaminarayan Research Institute, and the Indo-Hellenic Society for Culture and Development, Greece.

Over 80 delegates and guests attended the conference. They included eminent scholars and students from India, England, Ireland, America, Canada, and Australia, as well as local civic leaders and Hindu and other faith representatives.

The keynote address in the inaugural session was delivered by Prof. Jatashankar, esteemed professor of philosophy at Allahabad University, India and President of the All-India Philosophy Association. The closing session had special addresses by Dr Brian Black, Lecturer of Hinduism and Indian Philosophy at Lancaster University, and Dr Rembert Lutjeharms of Oxford University’s Faculty of Theology and Religion and the Oxford Centre of Hindu Studies.

The final day featured a plenary session chaired by Dr Ankur Barua of Cambridge University in which five scholar-sadhus from India, America and England – including modern-day ‘bhashyakar’ Bhadreshdas Swami (PhD, DLitt, Mahamahopadhyaya) – presented papers on principles and practices within the Swaminarayan Hindu tradition conducive to global peace. This session was especially well received, as Dr Black remarked: “I wanted to acknowledge how thoroughly impressed I was by our panel this morning. It’s rare to see such a wonderful example of five individuals who were drawing both from their spiritual experience as well as their very rigorous scholarly training.”

Dr Ramesh Chandra Sinha, Secretary for the All-India Philosophy Association, praised the arrangements and warm hospitality of the hosts, calling the conference “a gift from Pramukh Swami Maharaj”.

Conference Secretary Kirit Wadia also shared: “Hindu teachings have a lot to contribute to the quest for peace, especially as modern technology increases human connectivity and decreases distances between peoples and nations, making the need for peace even more pronounced for individuals and societies. We are very grateful to His Holiness Pramukh Swami Maharaj for providing this theme and to all the delegates for contributing such rich discussions over the three days.” 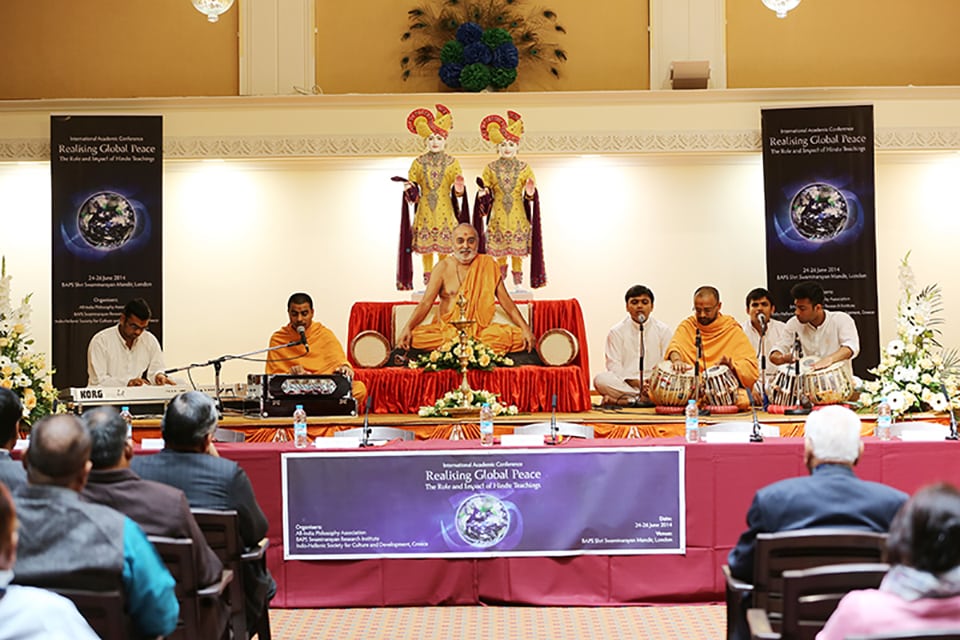 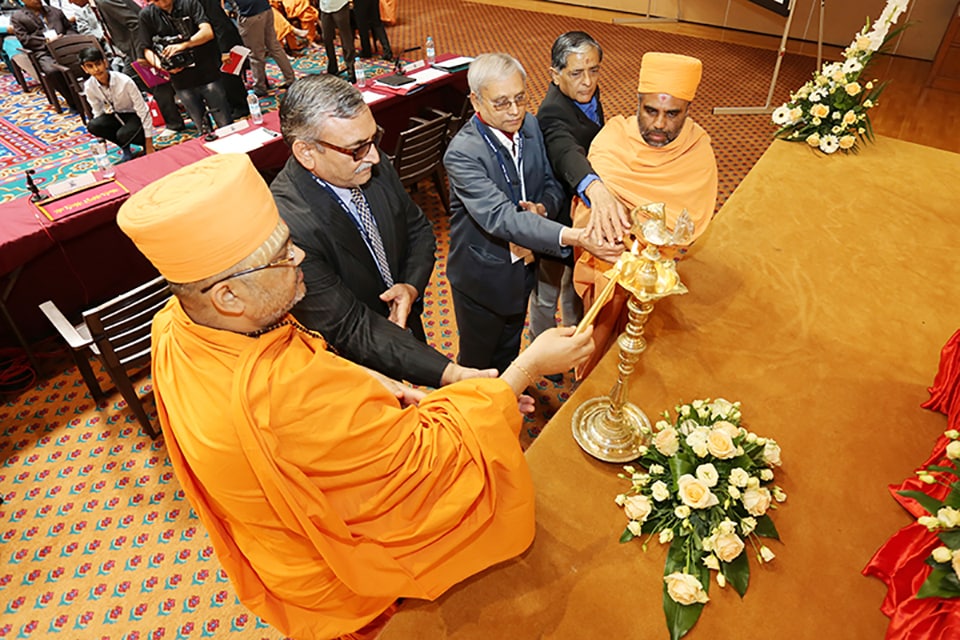 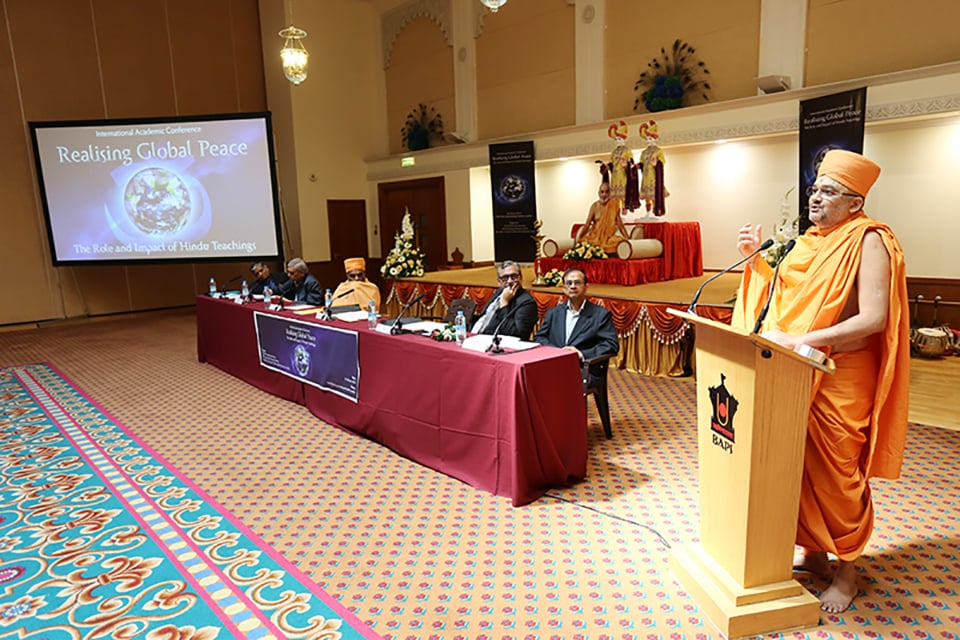 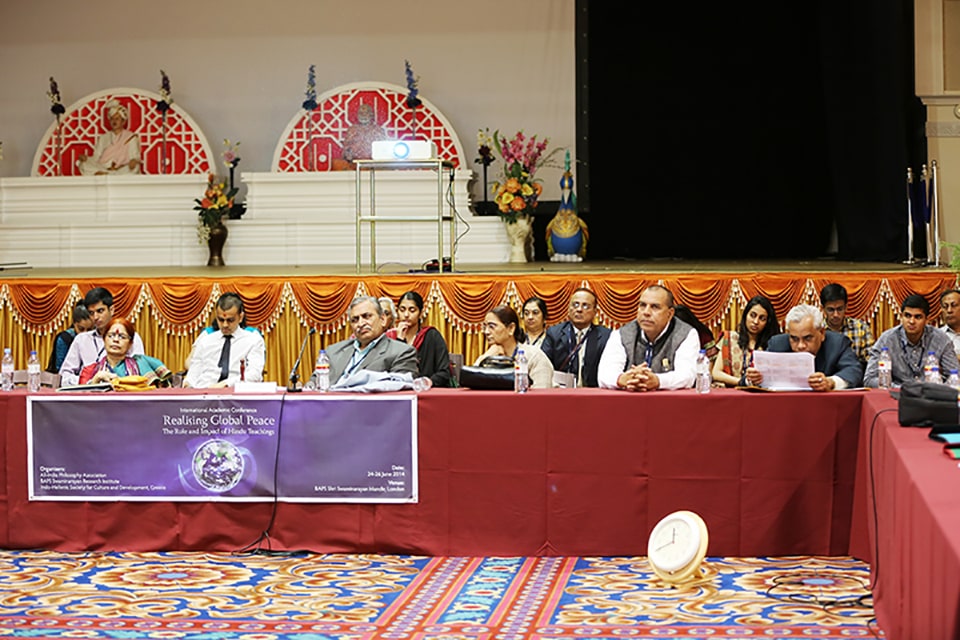 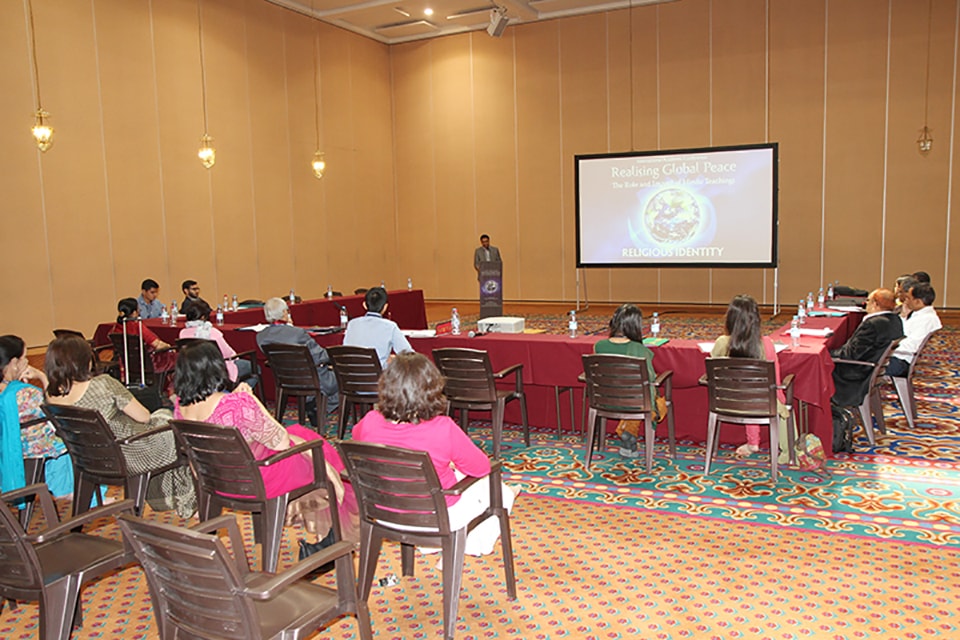 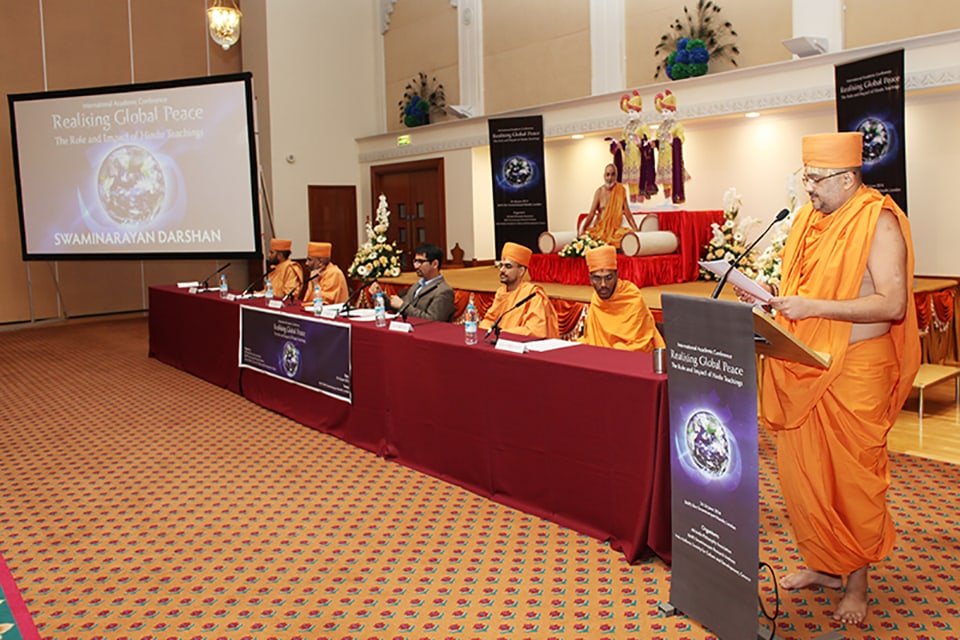