As a part of the silver jubilee celebrations of Swaminarayan Akshardham in Gandhinagar, scholars from throughout India took part in a special conference titled “Akshar-Purushottam Darshan: Different Perspectives”.

When His Holiness Pramukh Swami Maharaj consecrated the first Swaminarayan Akshardham in 1992, he also opened the Akshardham Centre for Applied Research in Social Harmony (AARSH). The Akshar-Purushottam Darshan conference was held in commemoration of both these 25-year celebrations. Leading scholars from throughout Gujarat, Delhi, Benares, Vrindavan, Bengaluru, Chennai, Nagpur, and other places attended this conference.

The day-long conference featured scholars presenting their papers on the Akshar-Purushottam Darshan in four languages – English, Sanskrit, Gujarati and Hindi.

In the final session, in which several thousand devotees were also present, Sanskrit scholar and academic, Pujya Sadhu Bhadreshdas was honored by the Somnath Sanskrit University with the distinguished award of ‘Abhinav Bhashyakar’.

With the blessings of Pramukh Swami Maharaj, Sadhu Bhadreshdas has revived the ancient tradition of writing commentaries on the principal scriptures of Vedanta by authoring the Prasthānatrayī-Svāminārāyaṇabhāṣya (The Swaminarayan Bhashyam), the first ‘bhashya’ (commentary) written in many centuries in the traditional style of renowned scholars like Shankaracharya, Ramanujacharaya, Madhvachraya, and others. He has also written the Svāminārāyaṇasiddhāntasudhā (Swaminarayan Siddhantsudha), a ‘vaadgranth’ which, alongside the bhashya, traditionally establishes the Akshar-Purushottam Upasana.

The vice-chancellor of Somnath Sanskrit University, Shri Arknath Chaudhary presented the award to Sadhu Bhadreshdas and stated, “In the history of Bharatiya Darshan, Bhadresh Swami is the only writer to compose both a Prasthantrayi bhashya and a vaadgranth. It is a world record. We believe that in honoring him we are honoring a great Acharya or Rishi.”

The international convener of the BAPS Sanstha, Pujya Ishwarcharandas Swami, also welcomed students who had come from leading universities in England, America, and Australia to continue their Sanskrit studies in India. He expressed his wish that in the coming years, other universities around the world would promote the study of Sanskrit.

Blessing the assembly of thousands of devotees, scholars, and swamis, Mahant Swami Maharaj said, “The writings of Pujya Bhadresh Swami in the fields of Sanskrit and Philosophy will inspire new generations to come. To accomplish this much at a young age is not a small accomplishment. The scholars in India and abroad have said that feats like these have never been done before.  Therefore, it is very appropriate for Somnath Sanskrit University to honor Bhadresh Swami. I pray to Bhagwan Swaminarayan that Bhadresh Swami and other learned sadhus continue to research and write on Vedic literature.”

Concluding, Mahant Swami Maharaj said, “The greatest thing about the Akshar-Purushottam Darshan is that it is a living philosophy. Bhagwan Swaminarayan and Aksharbrahman Gunatitanand Swami came on this earth. There are not merely some abstract metaphysical entities. They walked amongst us. They are still here.” 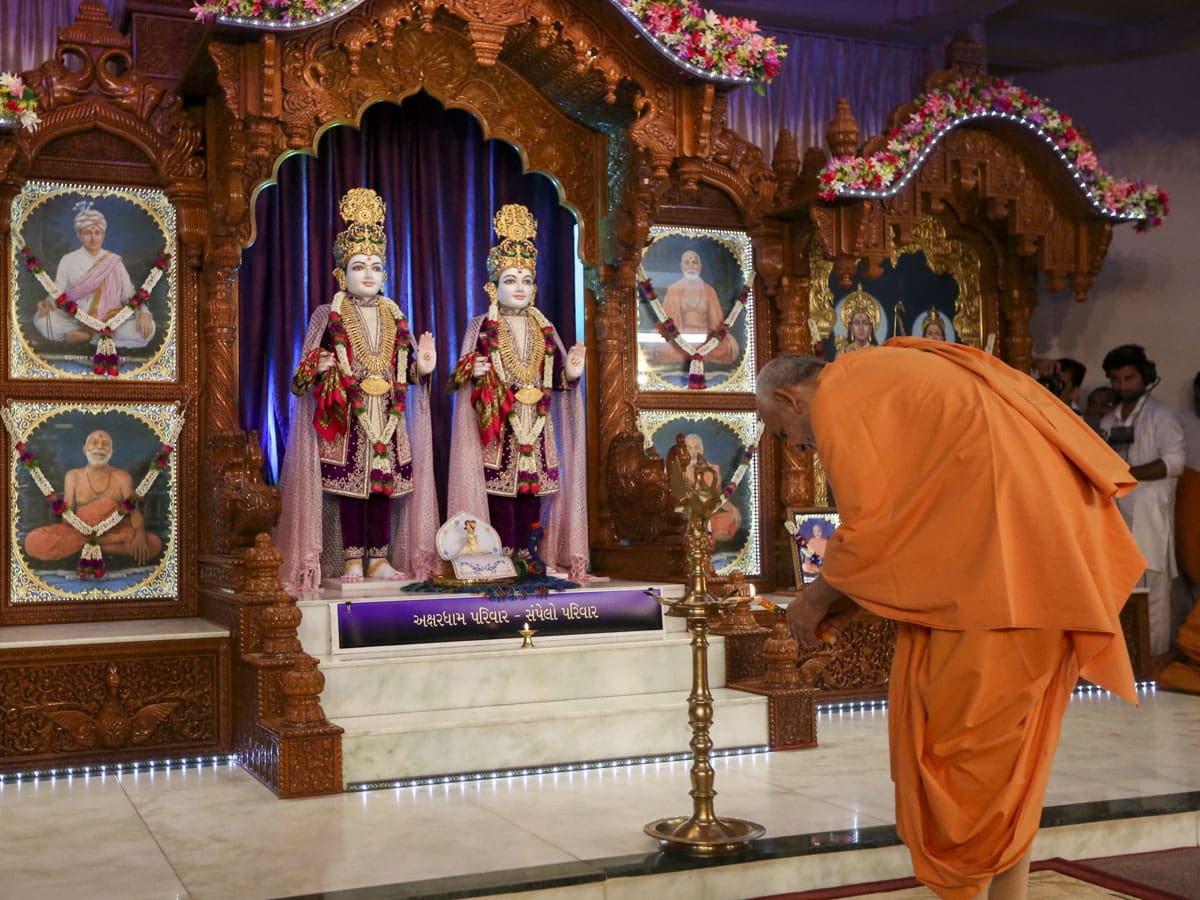 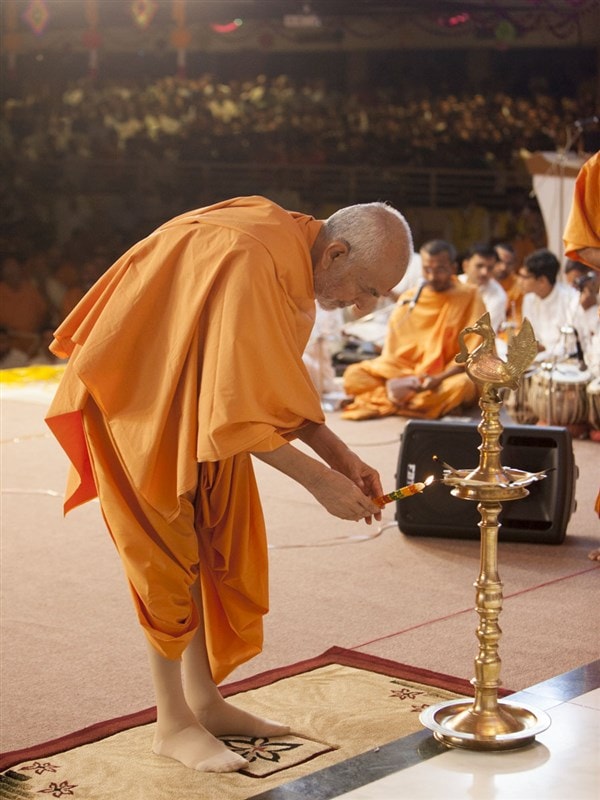 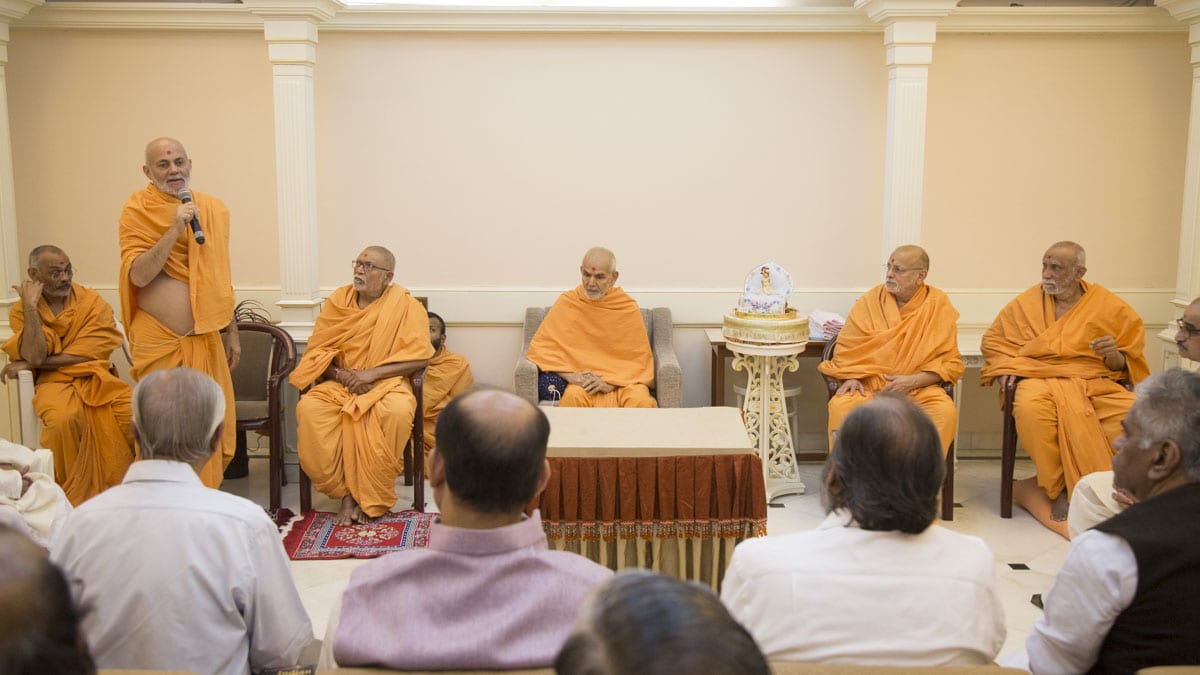 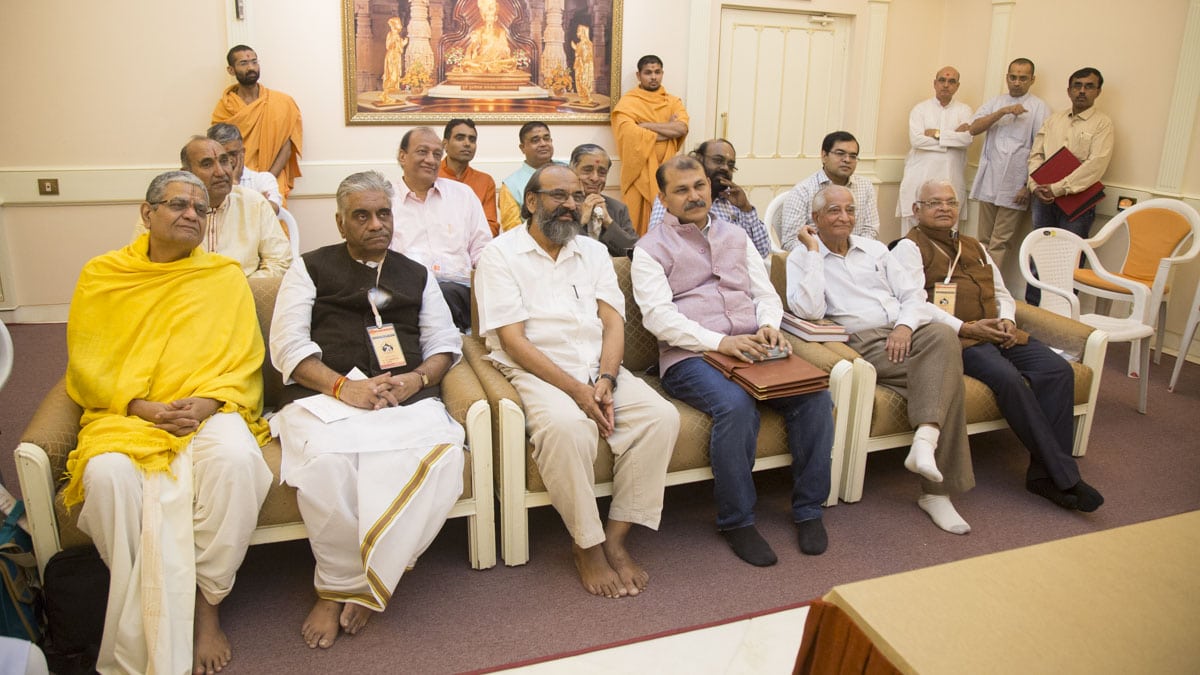 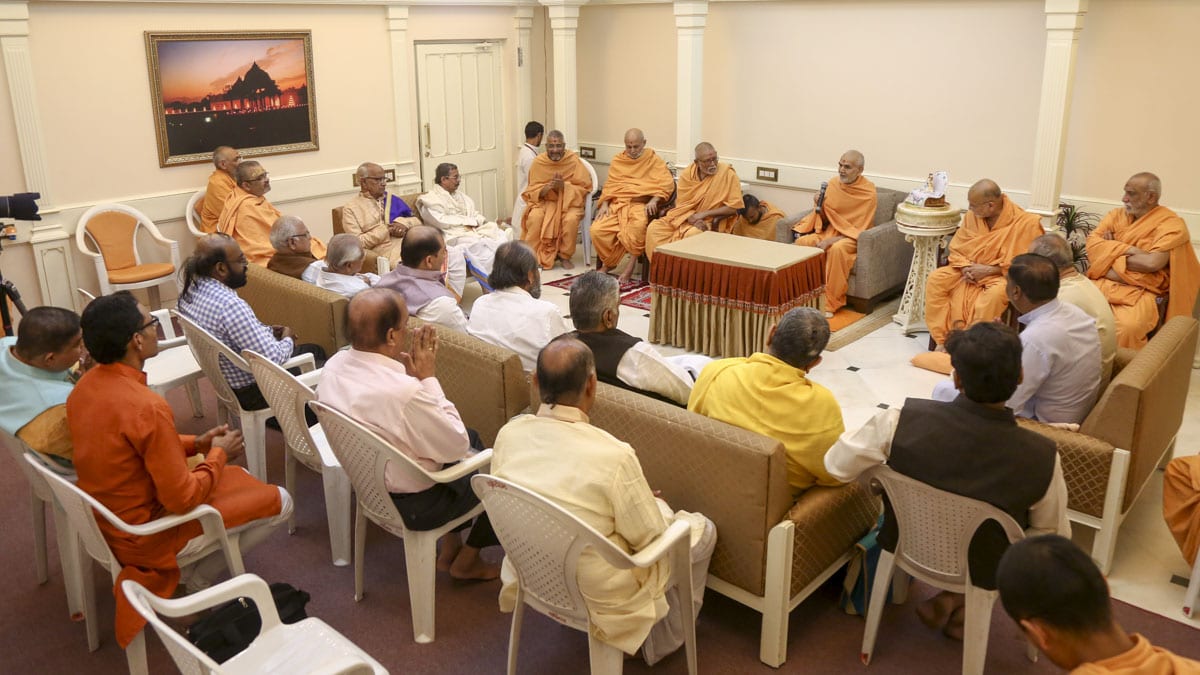 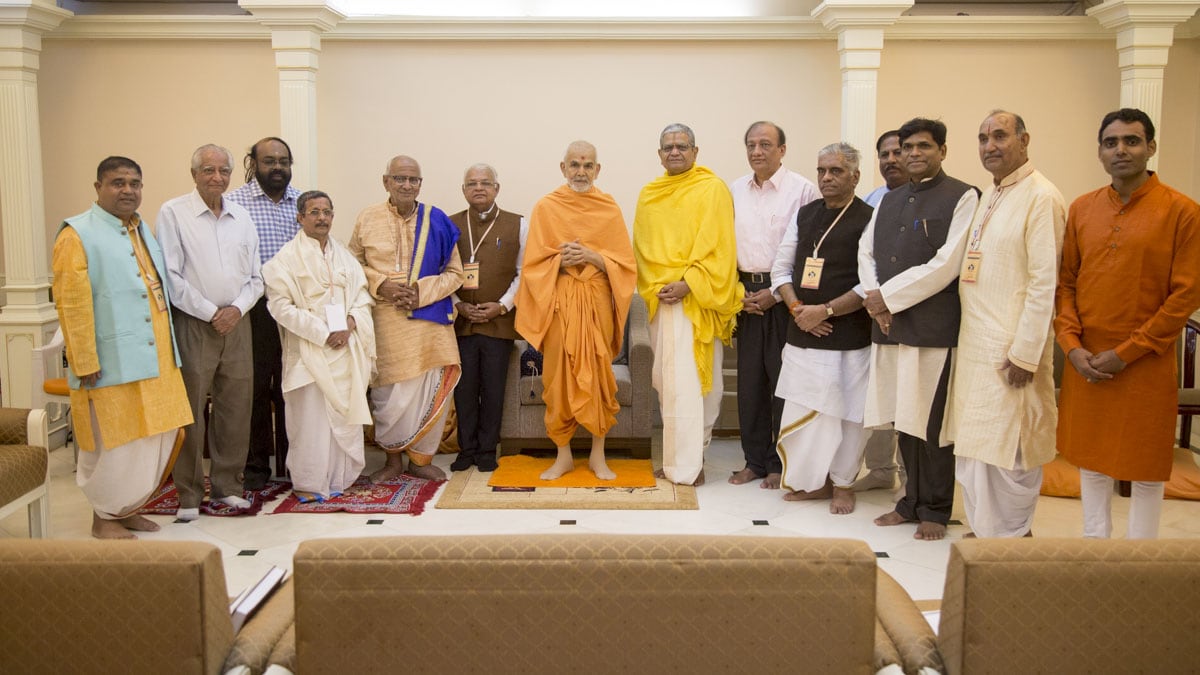