THE ROLE OF SAINTS IN
THE EMPOWERMENT OF SCHEDULED CASTES

India is a country of diversity. Housing diverse regions, languages, food, and clothing traditions, this vast country is a subcontinent in its real sense. In fact, the diversity of India’s Jatis, Varnas, and other social traditions has engaged scholars from around the world. In Hinduism, the Varnashrama Tradition has been sustained from the Vedic times till today. However, the problems of discrimination as well as other social issues have arisen at several points in the history of the Varnashrama Tradition. The problem of discrimination has been a recurrent phenomenon in not only the history of India; world history has been a witness to the discrimination of race, class, gender, and caste. The world continues to remain impaired by this social injustice.

Nevertheless, many personalities have endeavored at critical junctures to confront these problems and tried to establish unity, equality, and harmony in society. India is proud to have many such saints who dedicated their lives to striving for social equality and unity. Vedic sages like Rishi Vishwamitra, saints like Shri Ramanujacharya, Andal, Shri Ravidas, Shri Eknath, Shri Tukaram, Shri Narsinh Mehta, Mirabai, Ganga Sati, Janbai and others in medieval times, and great personalities like Bhagwan Swaminarayan, Swami Vivekanand, Maharshi Aurobindo, and His Holiness Pramukh Swami Maharaj in modern times tirelessly worked towards the cause of eliminating social injustice and establishing social harmony, equality, and unity. His Holiness Pramukh Swami Maharaj, the fifth spiritual successor of Bhagwan Swaminarayan, said, “No one is great or modest by one’s birth or caste. Anyone’s greatness is measured by one’s values and works. Discrimination on the basis of caste is an ill intention borne out of one’s ego. God resides in everyone’s heart. One should cultivate such understanding to dissolve the discriminations of the great and the lowly.”

In Indian history, due attention is yet to be given to the efforts of such saints driven towards the cause of equality, social harmony, and betterment of the Scheduled Castes. The history of saints in India reveals their efforts to uplift the Scheduled Castes. They deeply expressed their love towards them. Over a period of time, their efforts transformed society. Due to the impact of their teachings and works, a large section of society was inspired toward social harmony and equality. These saints also worked towards the cause of empowering the Scheduled Castes. In this tradition, His Holiness Pramukh Swami Maharaj (1921-2016) successfully rekindled the hope for a better, united, and harmonious world. His tireless efforts for the betterment of the disregarded and depressed individuals in society have received appraisals from across the world.

On the occasion of His Holiness Pramukh Swami Maharaj’s upcoming centennial celebration, a conference on ‘The Role of Saints in the Empowerment of Scheduled Castes’ has been organized to commemorate and academically evaluate the work for the Scheduled Castes undertaken by India’s great Hindu saints. As a part of this conference, scholars will present research papers on this topic by describing and critically examining the works of saints who have furthered the cause of social harmony and empowerment. This conference envisions generating such scholarship on empowerment that will throw new light and incorporate unexplored sources on this topic as well as provide fresh inspiration for working towards the cause of social betterment and harmony to scholars and people alike.

Indian Council of Social Science Research (ICSSR) was established in the year of 1969 by the Government of India to promote research in social sciences in the country. ICSSR provide grants for projects, fellowships, international collaboration, capacity building, survey, publications etc. to promote research in social sciences in India. Documentation center of ICSSR – National Social Science Documentation Centre (NASSDOC) – provides library and information support services to researchers in social sciences. ICSSR has developed ICSSR Data Service to serve as a national data service for promoting powerful research environment through sharing and reuse of data among social sciences.

GGU is an active member of the Association of Indian Universities and Association of Commonwealth Universities. Situated in a socially and economically challenged area, the university is appropriately named to honor the great Satnami Saint Guru Ghasidas (born in 17th century), who championed the cause of the downtrodden and waged a relentless struggle against all forms of social evils and injustice prevailing in the society.

Gujarat University has developed phenomenally in the last 67 years to be recognized as a premier University in the country today. It provides education in one of the widest range of disciplines to about two lakh students.

The BAPS Swaminarayan Research Institute at Swaminarayan Akshardham, New Delhi, was inaugurated by His Holiness Pramukh Swami Maharaj on Sunday, 4 July 2010 in the presence of leading scholars of India.

Since its inauguration, the Institute has become a home of innovative research and collaborative study. Its considerable growth in membership, the expansion of its research facilities, and increased affiliation with other internationally acclaimed institutes pay testament to the commitment of its members and research faculty. The Institute’s outlook toward developing a multi-disciplinary approach to academic study and toward recognizing cultural beliefs and practices on their own terms has built an interface between modern academia and traditional modes of scholarship. In doing so, the Institute allows for the possibility to amalgamate contemporary, valuable systems of transmission along with intellectually rigorous traditional scholarship. 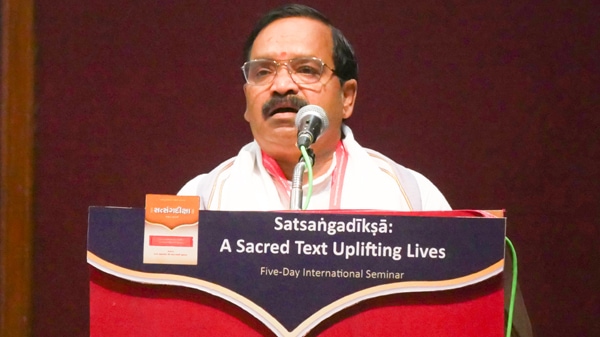 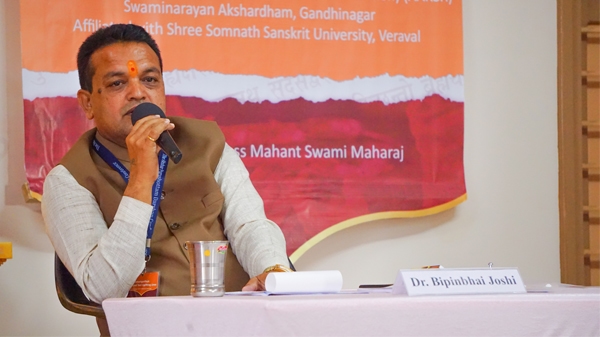 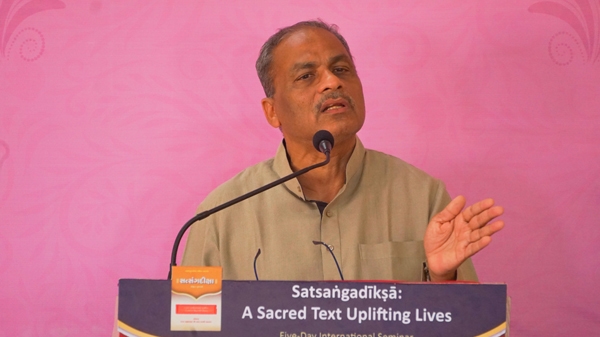 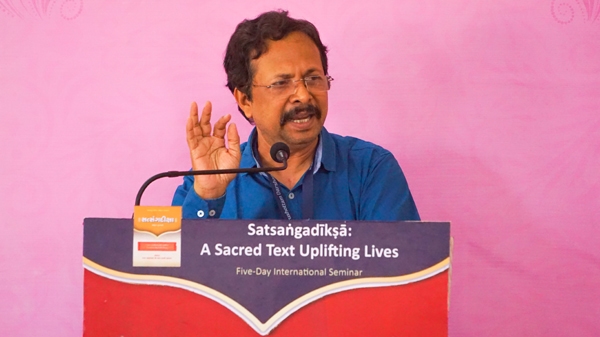 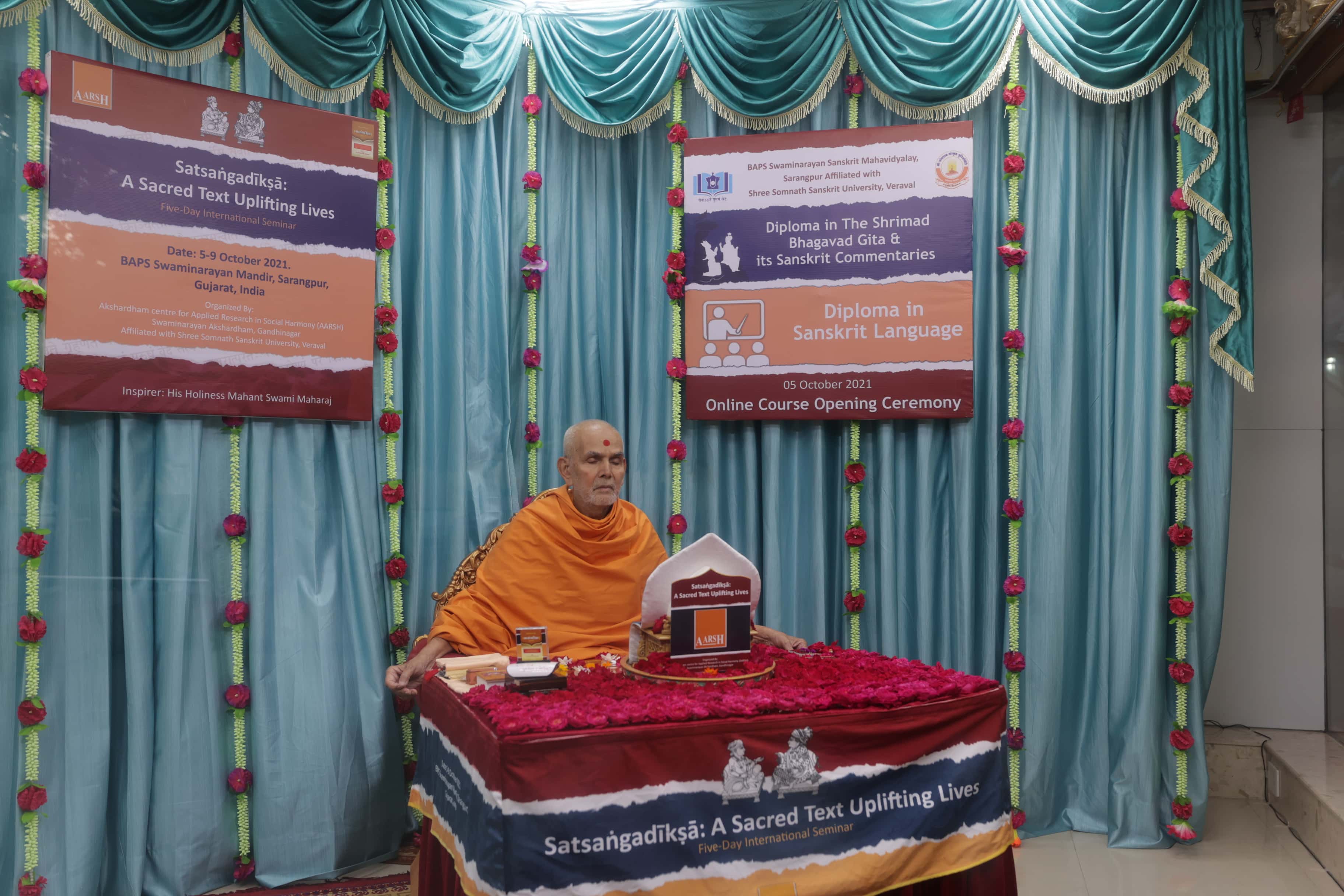