The First Discourse on the Svāminārāyaṇa-siddhāntasudhā on the Sacred Banks of Ganga, Varanasi, India

The location of the assembly held great significance because of its association with Bhagavān Svāminārāyaṇa as a child called Ghanaśyāma. A little over 216 years ago, these very banks of the Ganga witnessed the young 10-year old Ghanaśyāma reveal a profound yet simple exposition on brahmavidyā to the astonishment of the gathered assembly of Kashi’s pundits.

In the assembly, Mahāmahopādyāya Sadhu Bhadreshdas Swami highlighted the significance of the scriptural tradition and the depth of Indian philosophical thought. He also discussed the importance of the Akṣara-Puruṣottama Darśana and the exposition of its foundational philosophical principles. In addition to citing references from the Vachanamrut, Svāmīnī Vāto, and excerpts from the discourses of the Guru-paramaparā, he recited relevant sections from the siddhānta patra – a document authored by Brahmasvarūpa Pramukh Swami Maharaj that elucidates the philosophical principles of the Akṣara-Puruṣottama Darśana. He also expressed the philosophical significance of the term ‘Akṣara-Puruṣottama’ and emphasized how Brahmasvarūpa Shastriji Maharaj was the first to precisely express Bhagavān Svāminārāyaṇa’s philosophy by using the term.

Many distinguished scholars expressed great admiration for the Svāminārāyaṇasiddhāntasudhā. They complimented its expositions as being substantiated on the authority of the Prasthānatrayī – the three foundational sacred texts of the Vedānta darśana, which consist of the Upanishads, Śrīmadbhagavadgītā, and the Brahmasūtras. They also acclaimed the text’s literary and scholarly composition and expressed that the Akṣara-Puruṣottama Darśana is a unique school of philosophy that is rooted in the śāstras.

Distinguished scholars also heralded that the Akṣara-Puruṣottama Darśana, which was revealed by Bhagavān Svāminārāyaṇa and propounded by the Guru-paramaparā, was presented for the first time from the Prasthānatrayī and in the form of a vādagrantha. Impressed by the depth, novelty, and significance of the text, they conveyed their gratitude for Brahmasvarūpa Pramukh Swami Maharaj and Param Pujya Mahant Swami Maharaj for inspiring such a scholarly work. 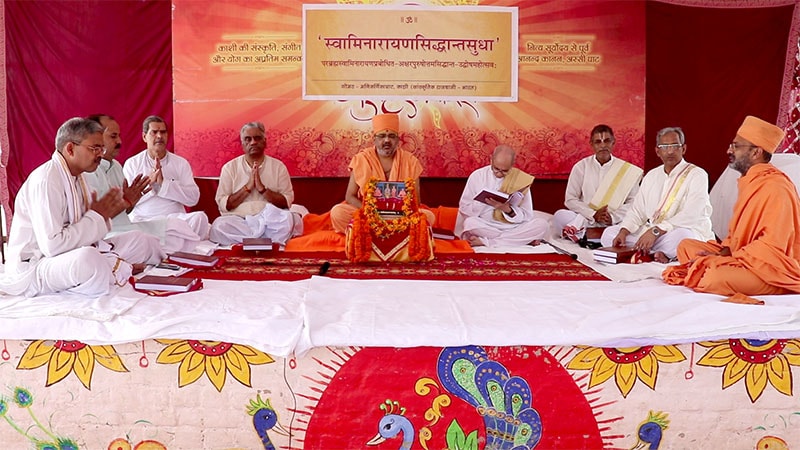 Sadhu Bhadreshdas Swami accompanied by an assembly of esteemed scholars at the holy banks of Ganga in Varanasi, India 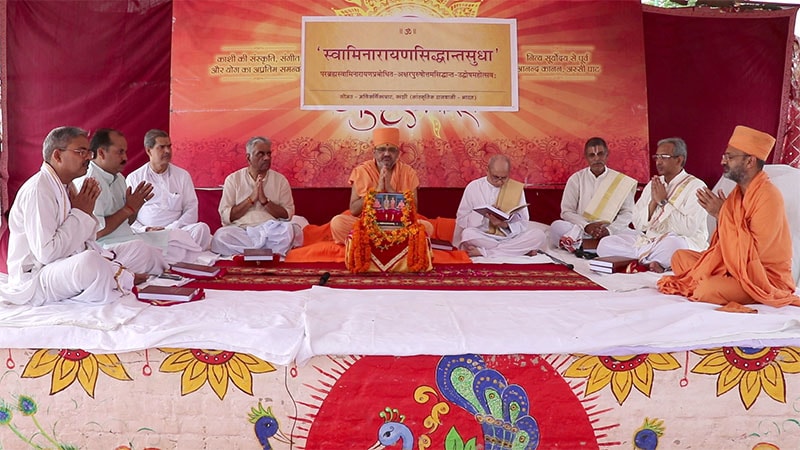 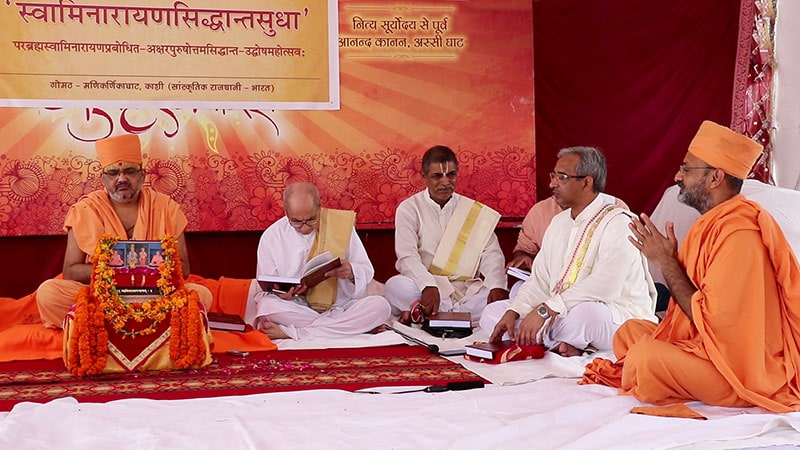 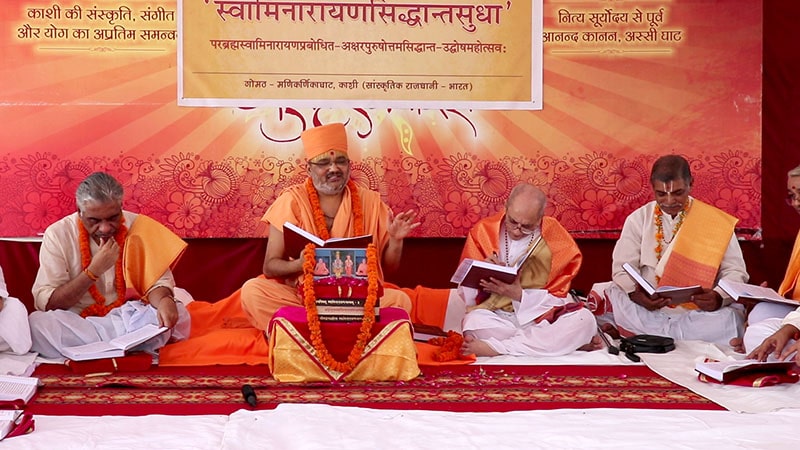 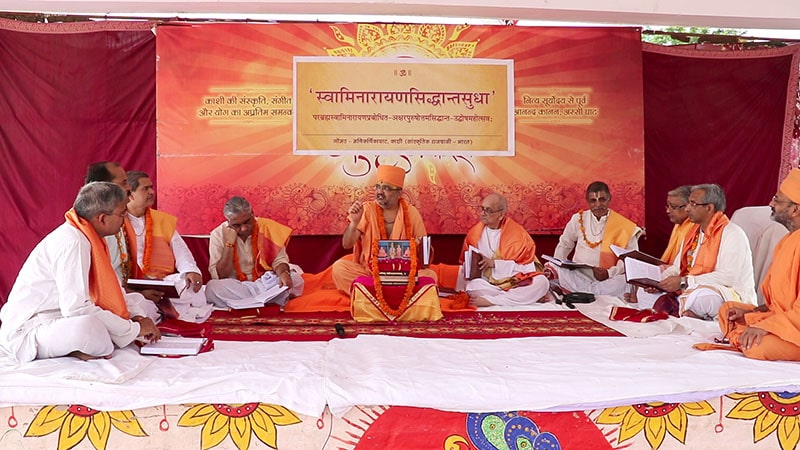 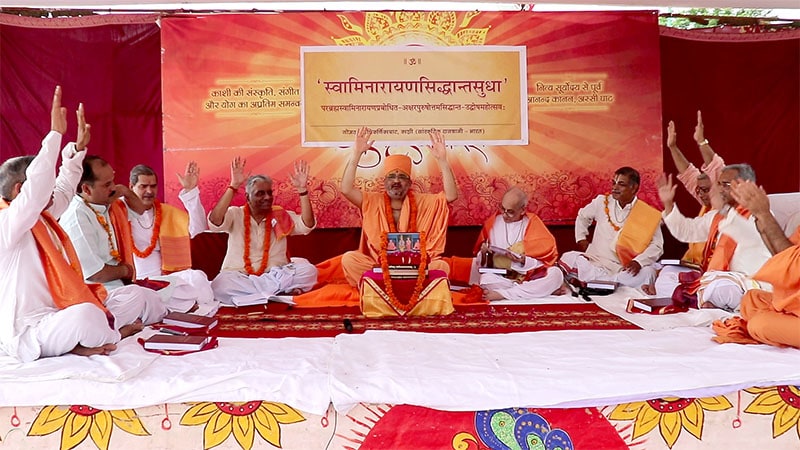