To celebrate the official declaration of the founding of the Akshar-Purushottam Darshan Pith by the BAPS, and to felicitate Bhadresh Swami for his landmark texts, the Kashi Vidvat Parishad organized a special assembly in the esteemed presence of Pujya Kothari Swami (Bhaktipriya Swami) and over 125 distinguished scholars at the Kashi Hindu Vishwavidyalaya on 28 June 2019.

In the assembly, ten leading senior scholars sat on the stage with Pujya Kothari Swami and Bhadresh Swami.

First, Bhadresh Swami was felicitated and honored with the title ‘Darshanshastra-Sarvabhauma’.

Thereafter, on behalf of the BAPS Pujya Kothari Swami felicitated over 40 leading scholars for their outstanding contributions to the study of shastras.

For centuries Kashi has been renowned as a pious pilgrimage place and as a city of learned pandits. It is a center of academic excellence and home to expert and authoritative scholars on the Vedas, Vedant, Jyotish, Ayurveda, Shilpa Shastras, Sahitya, Nyaya, Vyakaran and numerous other subjects based on the Hindu Shastras.

These unique texts have been highly acclaimed by the renowned scholars of the Shri Kashi Vidvat Parishad, whose authority in shastra-related academia is accepted throughout India, and over 350 scholars in India, America, England and Europe. 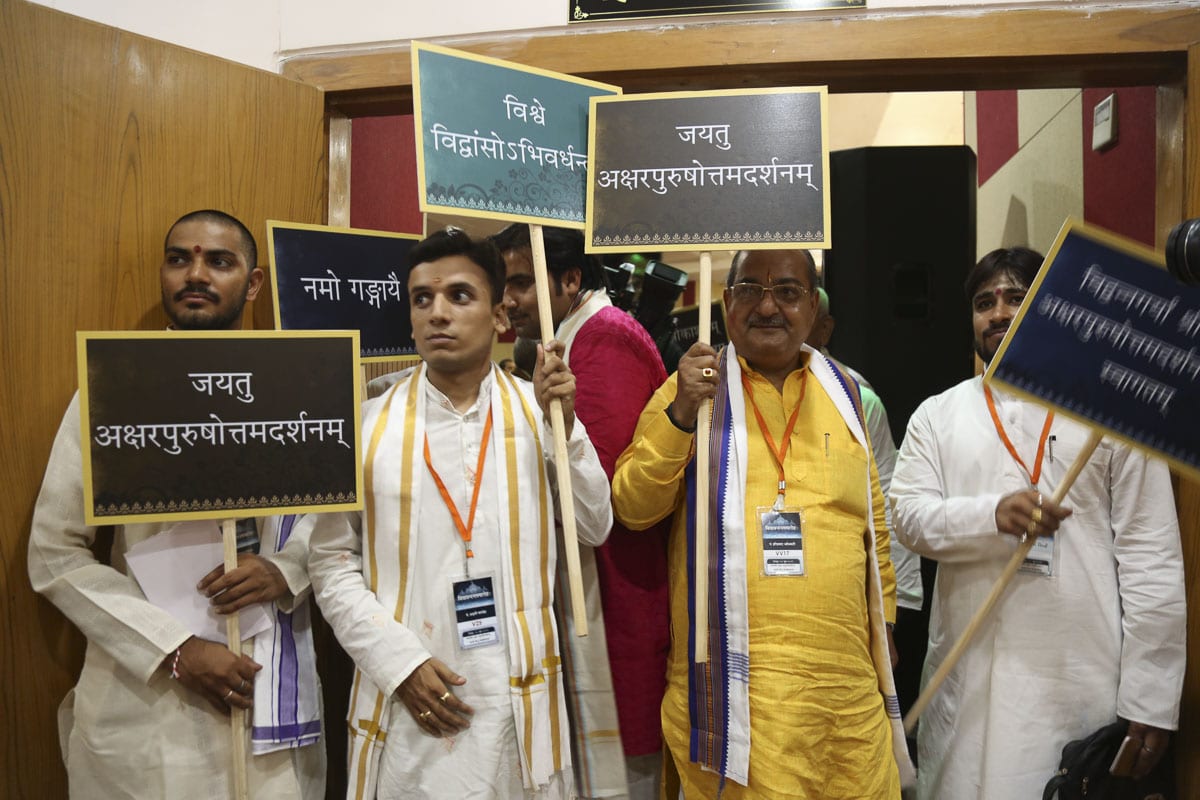 Pandits of Kashi meeting at the registration desk 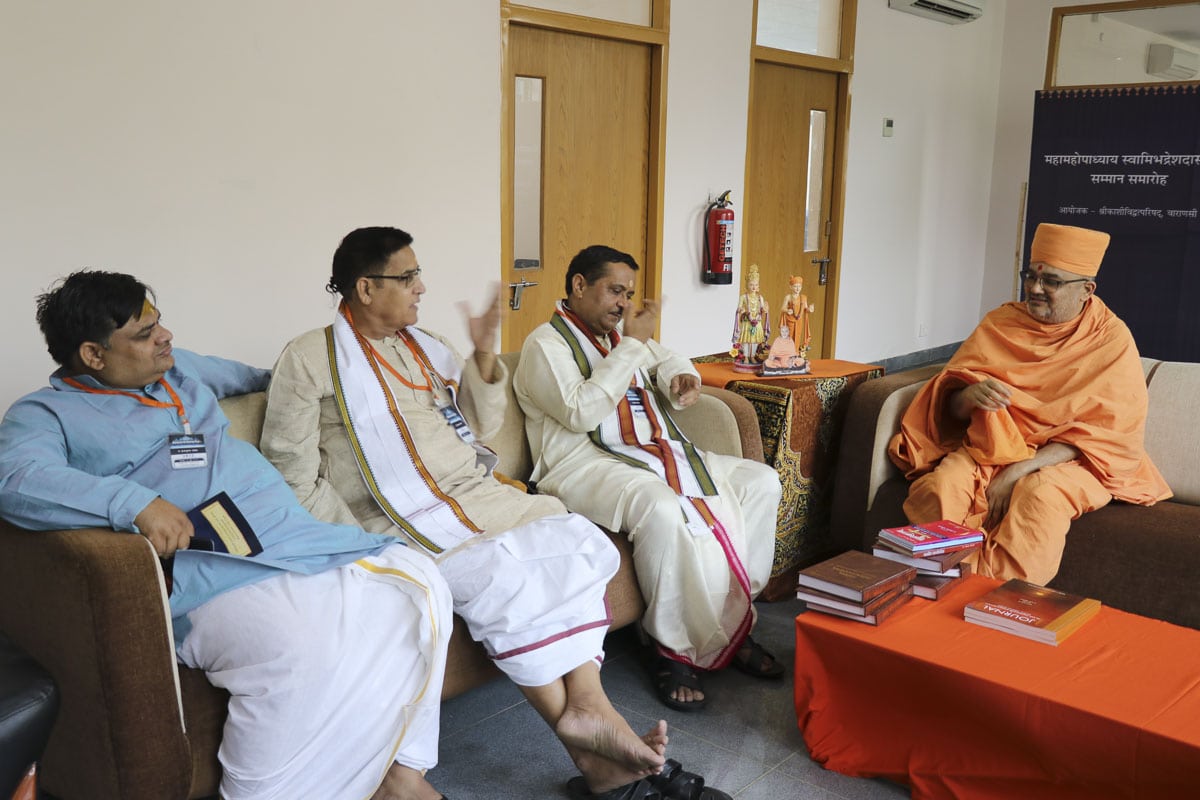 Pujya Bhadresh Swami in discussion with pandits of Kashi 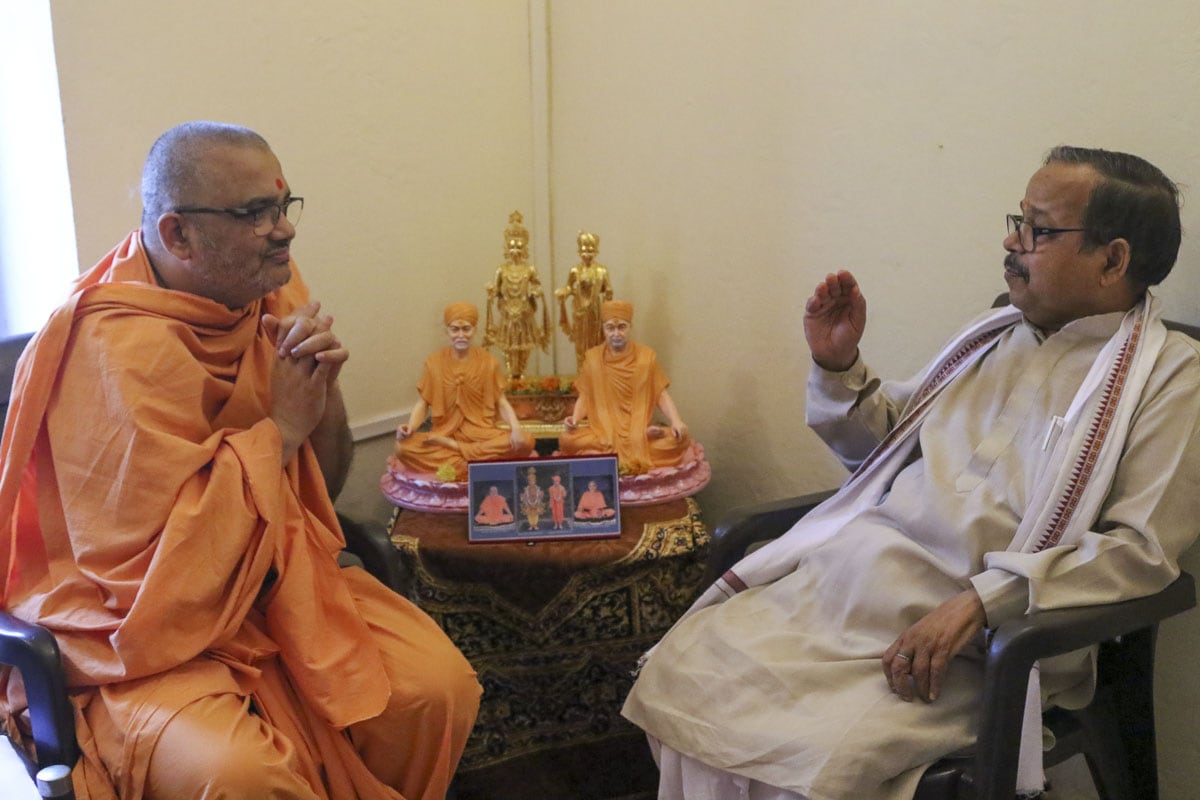 Pujya Bhadresh Swami in discussion with a pandit